Avigilon has announced a new generation of cameras, the H4.

In this note, based on speaking with Avigilon, we examine what is new, what has changed and how this impacts Avigilon's competitive positioning.

The Wi-Fi setup dongle and the new mobile-friendly web UI for the cameras are going to be very, very nice.

"Overall, we think these are moderate structural improvements that will help keep pace with other Western manufacturers but does not significantly improve their existing competitive positioning."

I'm confused, hasn't Avigilon had H4 cameras for a couple of years already?

These are technically H4 HD cameras.

And technically, they're all HD cameras so why didn't they just go H5?

Saving it for the future H.265 launch?

You're thinking of the H4 HD-PRO cameras, these.

The PRO cameras have generally been the higher-resolution cameras (for the H4-PRO series, they start at 8MP and go up to 30MP, or 4K-7K). The PRO series have also only come in one form-factor, a "body" camera that accepts a Canon EF or EF-S lens (depending on model/generation).

The HD cameras range from 1MP to now 8MP, and come in a variety of form-factors (indoor bullet, dome, outdoor bullet, PTZ, etc.)

You're thinking of the H4 HD-PRO cameras.

The article said "Avigilon has introduced a new generation of cameras, the H4."

The article didn't mention H4 HD and says the HD-Pro is part of the H3 line.

I stand by my confusion. ;)

Avigilon announced the first cameras in the H4 series, the HD Pro, back in January 2014 here: Avigilon H4 Pro Announcement

The most recent camera line update, the topic of this thread, is the H4 ("non-Pro") camera lineup.

Both of these are part of the overall H4 product lineup.

For the last several years (maybe longer, I don't know off the top of my head) Avigilon's camera lineup has included "Standard" and "Pro" product lines. Until recently the PRO line was on a newer generation platform (H4) than the "Standard" line (which is not really called "Standard"), which was the H3.

Now the majority of products (excluding microdome, PTZ, HD Multisensor) are on the H4 platform/technology.

Net/net, leaving aside the naming issues, from 1 to 8.3MP, these cameras are new.

Who are the other western manufacturers?

Geographically speaking from Avigilon's point of view and longitude (~123), all other manufacturers are Eastern. ;) 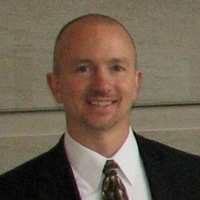 I was provided a hands-on introduction to the H4 products last week. (bullet, dome, box)

The bullet has been reshaped slightly, and is a bit "fatter" than the older version. I liked the lower profile of the old bullets better than the larger H4 model. The domes have gone from rounded to square(ish) with rounded corners. I think the new domes look better from an aesthetic perspective.

The new swing hook on the bullet is a nice added feature. The dome base has a wire hanger attached to it.

I did not have time to connect and test video functionality and new firmware. I did, however, order one of the new 8MP bullets. (only available with 3-9mm lens). I would love to see the 4.7-84.6 lens on the bullet line as well (including the 5 and 8 MP models).

I was told the micro dome camera models are unchanged and do not have the built-in analytics that the new H4 models have.

The domes have gone from rounded to square(ish) with rounded corners.

Call me old school but, Boxes should be square, Bullets shouldn't be, and Domes can't be. ;)

Reply Edit
Delete
Create Topic
Ban post
In reply to Undisclosed #2 | 02/08/16 04:55pm
Well, technically speaking, the dome itself is hemispherical (rounded) as any self-respecting dome should be. ;-) The base is what has been changed in shape.
Reply
Agree Disagree Informative Unhelpful Funny Fav

Ah, the proverbial round peg...

Here is the h3 bullet compared to the h4 bullet (physically) on my instagram: 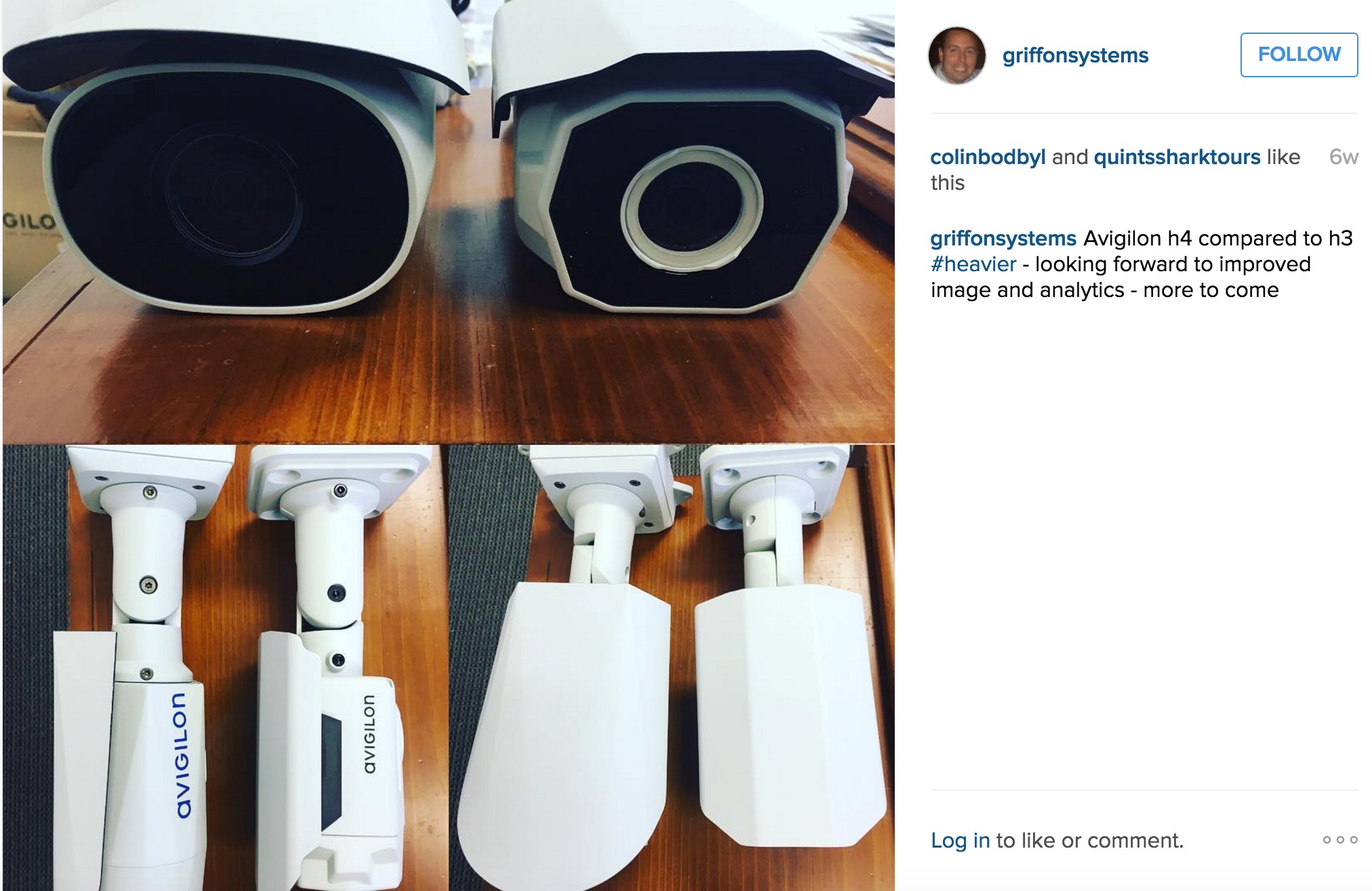 Overall picture quality is better as they have upgraded the glass they use for the lens, the camera also feels about 2x as heavy as the h3.

This article is part of IPVM's 6,445 reports, 867 tests and is only available to members. To get a one-time preview of our work, enter your work email to access the full article.

Video Surveillance Cameras 101 on Feb 25, 2020
Cameras come in many shapes, sizes and specifications. This 101 examines the...
Video Analytics 101 on Mar 16, 2020
This guide teaches the fundamentals of video surveillance...
Glossary / Acronyms for Video Surveillance on Feb 10, 2020
This directory provides definitions and explanations for over 90 common video...
Avigilon Open Analytics Tested on Apr 16, 2020
After years of effectively closed analytics, Avigilon decided in late 2018 to...
Tiandy Super Starlight Cameras Tested on Apr 30, 2020
Tiandy is taking aim at China competitors Dahua and Hikvision, with a new...
VSaaS 101 on Mar 25, 2020
Video Surveillance as a Service (VSaaS) is the common industry term for cloud...
Vivotek Presents AI Analytics and LPR on May 19, 2020
Vivotek presented its AI Analytics and LPR at the April 2020 IPVM New...
ISS Presents Face As A Credential and UVSS on Apr 30, 2020
ISS presented its security platform, including access control integration,...
Camera Resolution Usage Statistics 2020 on Mar 12, 2020
The average resolution used, for new cameras, is now 4MP, according to new...
Mobiqam Presents Battery Powered & Quick Setup Video Surveillance on Jun 12, 2020
Mobiqam presented its battery-powered, quick setup video surveillance system...
GeoVision Presents AI and Facial Recognition on May 22, 2020
GeoVision presented its AI analytics and facial recognition at the April 2020...
Mobotix 7 Line Camera Tested on Mar 12, 2020
Mobotix is attempting a turn-around, struggling for years, then releasing the...
Hanwha Presents AI Analytics and First 8K Camera on May 11, 2020
Hanwha presented their AI Analytics and the "Industry's First 8K" camera at...
Meditherm Medical Thermal Cameras Examined on May 07, 2020
US-based Meditherm emphasized to IPVM its 20+ year development history and...
Multi-Imagers Added to IPVM Camera Calculator on Jun 15, 2020
IPVM has added multi-imager cameras to the Camera Calculator, supporting this...

Dahua Taunts Australian Government, Continues To Sell Illegal Fever Cameras on Aug 10, 2020
Dahua is effectively taunting the Australian government by continuing to sell...
HID Releases VertX Replacement Aero on Aug 10, 2020
HID is replacing two established and broadly supported types of access...
NDAA Compliant Video Surveillance Whitelist on Aug 10, 2020
This report aggregates video surveillance products that manufacturers have...
Telpo China Temperature Tablets Tested on Aug 10, 2020
The provider for overseas companies ranging from Canon Singapore to US'...
Dangerous Hikvision Fever Camera Showcased by Chilean City on Aug 07, 2020
Deploying a fever camera outdoors, in the rain, with no black body, is...
"Grand Slam" For Pelco's PE Firm, A Risk For Motorola on Aug 07, 2020
The word "Pelco" and "grand slam" have not been said together for many years....
FLIR Stock Falls, Admits 'Decelerating' Demand For Temperature Screening on Aug 07, 2020
Is the boom going to bust for temperature screening? FLIR disappointed...
VSaaS Will Hurt Integrators on Aug 06, 2020
VSaaS will hurt integrators, there is no question about that. How much...
Dogs For Coronavirus Screening Examined on Aug 06, 2020
While thermal temperature screening is the surveillance industry's most...
ADT Slides Back, Disappointing Results, Poor Commercial Performance on Aug 06, 2020
While ADT had an incredible start to the week, driven by the Google...
AHJ / Authority Having Jurisdiction Tutorial on Aug 06, 2020
One of the most powerful yet often underappreciated characters in all...
SIA Coaches Sellers on NDAA 889B Blacklist Workarounds on Aug 05, 2020
Last month SIA demanded that NDAA 899B "must be delayed". Now that they have...
ADI Returns To Growth, Back To 'Pre-COVID Levels' on Aug 05, 2020
While ADI was hit hard in April, with revenue declining 21%, the company's...
Exposing Fever Tablet Suppliers and 40+ Relabelers on Aug 05, 2020
IPVM has found 40+ USA and EU companies relabeling fever tablets designed,...
Indian Government Restricts PRC Manufacturers From Public Projects on Aug 04, 2020
In a move that mirrors the U.S. government’s ban on Dahua and Hikvision...