The integrated IR trend continues with megapixel manufacturer Avigilon announcing a new line of HD bullet cameras. This announcement comes after new product introductions by major manufacturers Axis and Panasonic, among others, earlier this year. In this note we look at this new line and how they compare to options from other major manufacturers. 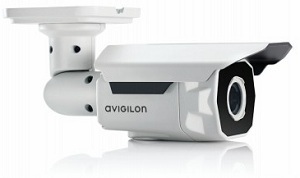 Pricing for the H3 bullet series starts at $795 USD MSRP for the 1MP 3-9mm version. MSRP for 9-22 lens models is $40 more. Based on current Avigilon product pricing, we estimate street pricing at approximately $675-725.

The H3 bullet's Adaptive IR feature provides two main functions, neither of which are common among competitive cameras:

Additionally, Avigilon claims up to 60m IR range for the 9-22m models, which is the highest manufacturer specified integrated IR range we have yet seen.

Avigilon's pricing is likely lower than competitive options. For example, the 1.3MP Arecont AV1125IR sells for about ~$750 online, but lacks remote focus and zoom, as well as adaptive IR. The Axis P3364-LVE, a 720p IR-integrated dome camera has an estimated street price of about $1000, based on MSRP. The P3364-LVE features remote focus and zoom, and adjusts IR width accordingly, but does not include scene adaptive IR. Finally, Axis has a lower cost option than Avigilon, the M11-L series. However, this is indoor only unlike the other ones cited which are all outdoor models.

Additionally, Avigilon's claimed 30m and 60m IR range is higher than most manufacturers in the industry. Arecont claims 25m, while Sony and Panasonic claim only 15m in their bullet cameras. If these specifications are accurate, Avigilon may have a substantial advantage in IR range. However, claimed IR ranges and actual can vary substantially so be careful in accepting without field validation.