In this note, we look at what is happening and the benefits / risks in this move. 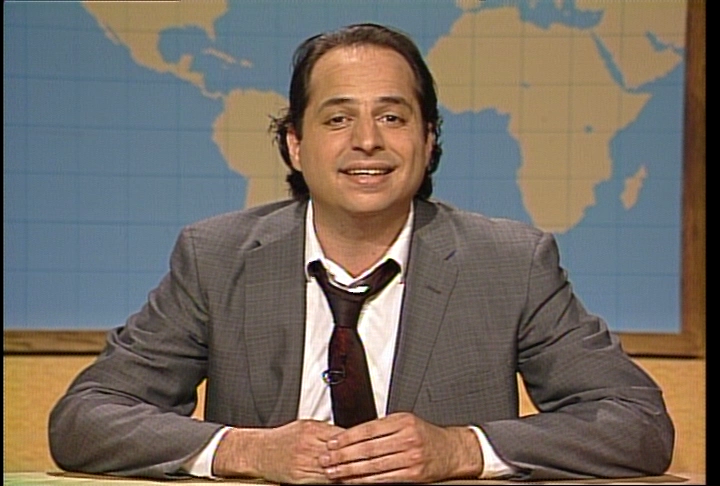 I imagine the corporate culture is similar to this:

Since we seem to be talking about bastards people other people love to hate, this should be entertaining - and it isn't a scene from a movie:

At least they practice what they preach: Replace 3 standard VP's with one mega VP!

I believe it is the wise man or woman that is careful of what bridges they burn, as they may find the need to cross back over them some day - the competition you crush today, maybe the partner you need tomorrow...r/Chuck

I have two observations. The first is that usually as companies grow, it is normal to transition out of the team that helped you grow into the team that can help you become a large company. But generally when that occurs, it's a 1 out, 1 in slow transition, not consolidation of power. When you consolidate such as Avigilon is doing right now, that's almost certainly a sign that the company is circling the wagons because of massive internal problems. If you look at IQinVision as a comparison, within 12 months they lost their VP of Sales, CMO, CTO and CEO, and then their COO consolidated much of that power. Nowadays, IQinVision is an afterthought whereas once they were the lead horse in the IP Camera game.

My second observation is that Bryan Schmode is the poster boy for the Peter Principle.

Is this a case of the candle burning twice as bright burns half as long? I'm not sure, but if I were an investor in or customer of Avigilon's right now, I'd be very concerned.

"Is this a case of the candle burning twice as bright burns half as long?"

Avigilon must know that they can only sustain this pace for so long and that once Avigilon returns to regular industry growth rates, they will fall to a normal industry valuation. Avigilon's already worth $1.4 billion so there is not much higher a valuation they likely can get (Axis has 4x their sales but not even double their valuation).

It would be a brilliant tactical finish to sell to a huge company for $2+ billion later this year and ride off into the sunset with a ton of cash. Then whatever operational issues remain are the problems for the sucker buyer.

I have no doubt that this is what Avigilon is hoping for. But remember, there are only a handful of companies that can afford a $1.5 - $2.0 billion acquisition. Even if it was a stock-trade for 51% of the company that's still $751k - $1.01 billion, and the list is similarly small.

Avigilon has shed most of the senior managers who got them to where they are today, Avigilon has some IP, but as you've pointed out, it's not much. That leaves channel and revenue. Most large companies won't buy at top valuation just for those two things alone.

Like I said, I'm sure you're right on the Avigilon's ultimate goal, but it's starting to look like a straw man company right now, and I would expect companies with enough capital to pull the trigger would also have the wherewithal to see through the smoke to what could be an empty treasure chest underneath.

I agree that there are only a handful of companies, but they only need 1 that is hungry enough to make the deal.

And they already have the consensus of Wall Street analysts with target prices at $2+ billion, so a buyer would already have a solid rationalization for making the purchase (whether the Street is right or wrong).

It clearly would not be an empty treasure chest. They have real good product across the board (at least on the video surveillance side). The problem is ultimately not what they have but the extreme price someone would have to pay to get it.

I read once a good indicator trouble is coming for a company is when they cut their R&D funding down or eliminate it. It creates an immediate boost to the bottom line by cutting R&D expenses, but it takes a couple years for the negative affects to become apparent when no more advancements or innovations come forth, since it takes a few years sometimes for R&D results to be realized.

Any insights into what Avigilon is doing with their R&D now? I know they just released new products, but that's past research and efforts just coming forth today.

Avigilon is not cutting R&D. We covered this in the recent 2013 financial review. R&D expenditures are increasing in line with company revenue growth. The main issue is that R&D relative to revenue is quite low compared to industry norms of top manufacturers.

I am not sure they need to spend that much more - what works is their whole model - good products, packaged together, protected channel, intense sales force, etc. On the other hand, start adding in access control and analytics development for enterprise projects, R&D becomes a lot more expensive.

It would be a brilliant tactical finish to sell to a huge company for $2+ billion later this year and ride off into the sunset with a ton of cash. Then whatever operational issues remain are the problems for the sucker buyer.

03/09/14 05:12pm
Having worked with him and seen him in action, and knowing the peculiar ego-driven personality of Alex, it has never surprised me to see the two of them get closer and grow together while polished, professional, conscientious industry veterans have been victimized by employment at Avigilon.
Reply

Don't know Brian Schmode, but the skills and personality types of these two roles are usually different. They both require driven and dominant individuals. However, a person responsible for operations needs to be able to be detail oriented if need to, they are into process, and can build a cooperative team internally to get the job done. For a person responsible for sales they are managing a group of sales people who are usually loaners, very driven, abhor paperwork, and individuals good at building relationships with customers. They usually don't like getting stuck in the weeds over details.

Growing Sales, keeping customers happy may require challenges to what operations wants - being profitable, holding customers to their agreements. If a person can be successful in both roles - I would look at who is their key person that takes care of what they are not good at or interested in.

John, If it is only thier sales and channel to sell, they are in big trouble. A Billion dollars by Silicon Valley standards is not impressive. So if they are taking the build and sell path, suitors will slice and dice the numbers and probably do a deal a lot less than that amount.

For some reason, Apple's Jobs keeps running through my mind. Next Larry Ellison pops up.