How much profits do integrators typically make on access control projects? Is access one of the last havens for fat paydays, or are profits being eroded by increased competition and low-cost equipment?

"What is your average markup on access control equipment? Has this markup changed, for better or worse, in the past 3 years?"

Here is the breakdown of markups: 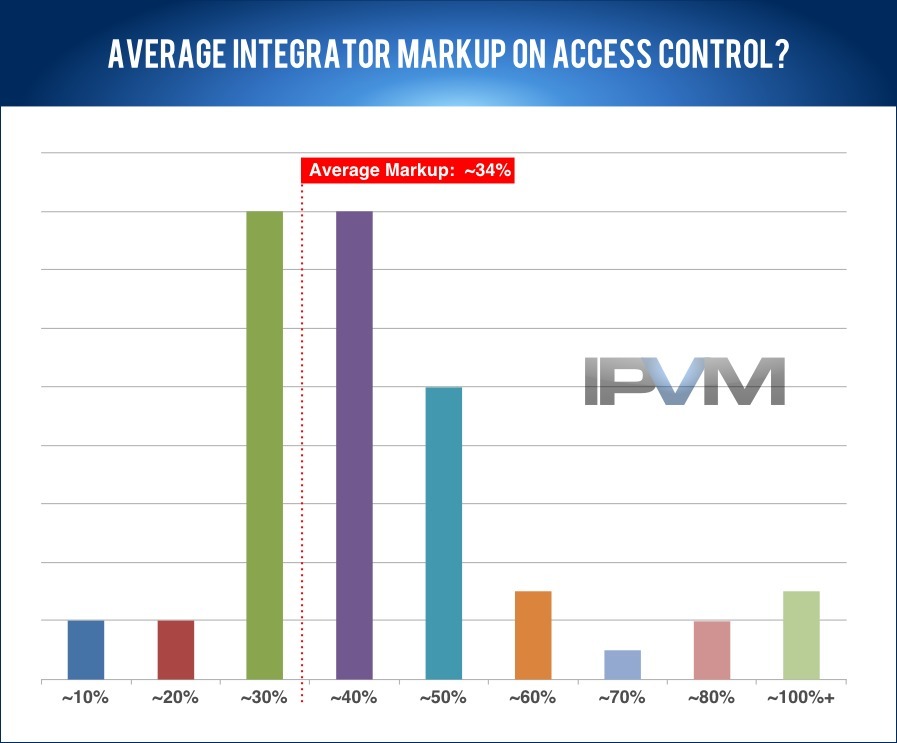 A 'markup' is the percentage over cost (see Markups / Margins Tutorial):

Most resellers and integrators closely manage this percentage because profits are generally taken from job markups.

A majority of integrators reported their access markups are trending downward over the last three years. Here are representative comments:

However, several responses noted they vary markups by job, adjusting goals based on the total amount of work. In general, bigger jobs result in lower markup expectations:

As such, some integrators reported significant markups, especially for niche or highly customized work:

Many of the same pressures affecting access markups are valid for access control as well.  When we last polled integrators on average markups for cameras, the reported essentially a similar ~35% percentage: 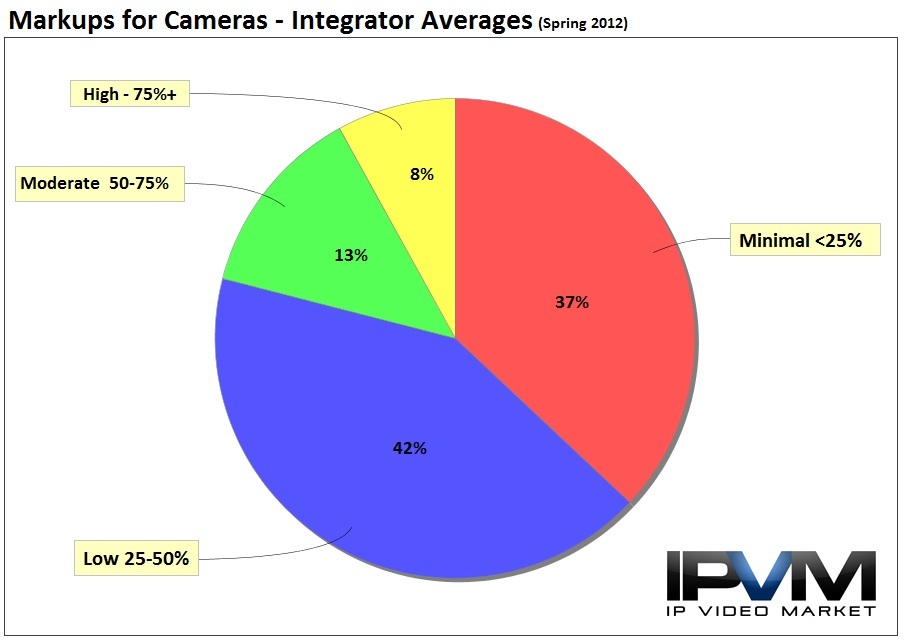 We expect to see prices continue to drop for access in the years ahead, as many integrators adjust profit expectations in a market segment facing growing competition: