This concludes our testing of Arecont's G5 series, including our previous Arecont 10MP G5 Test and the Arecont Stellar Camera Test

Inside, we see how the G5 WDR camera stacks up against competitive models from Axis, Hikvision, and Samsung.

Note: This is part of our series of Arecont G5 tests. Readers should also see our Arecont 10MP G5 Tested and Arecont Stellar Camera Tested.

In our tests, the Arecont AV2216 provided strong full light images and solid (though not superior) WDR performance in a fairly low cost indoor model.

However, low light performance was comparatively poor, and bandwidth consumption was the highest of cameras overall in this test.

We tested WDR in a warehouse scene with open overhead door on a bright day, seen here: 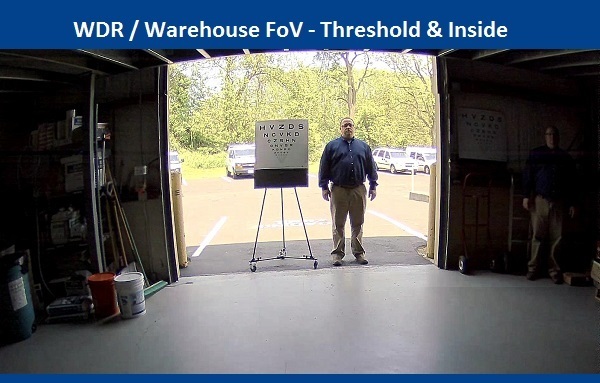 In this scene, the AV2216PM-S produces details similar to other cameras against the strong backlight from outside, but reduced details in the dark area beside the door: 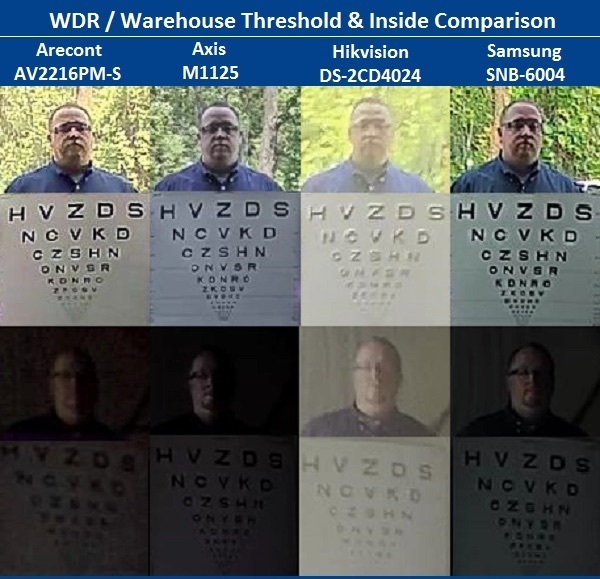 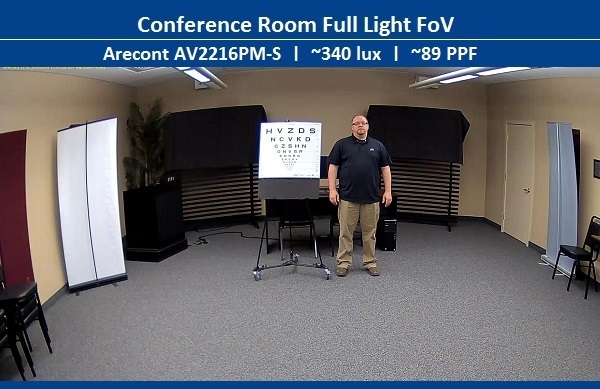 In well lit scenes, the 2216 displays details similar to the Samsung SNB-6004, and better exposed than the Axis M1125. The Hikvision 4024 displays some noise and artifacting caused by WDR, reducing details. 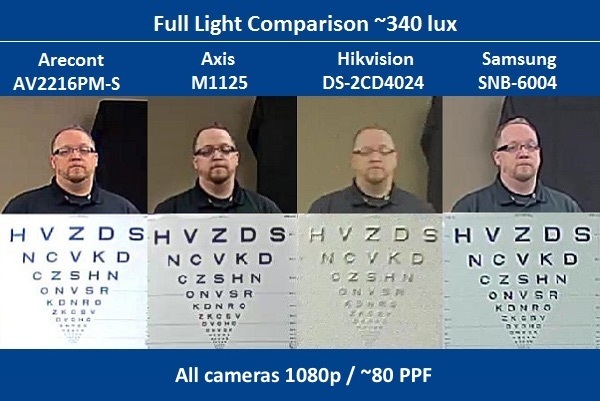 In low light (~1.0 lux), the Arecont G5 WDR camera produces the worst details of cameras in this test, with darker images and increased digital noise. 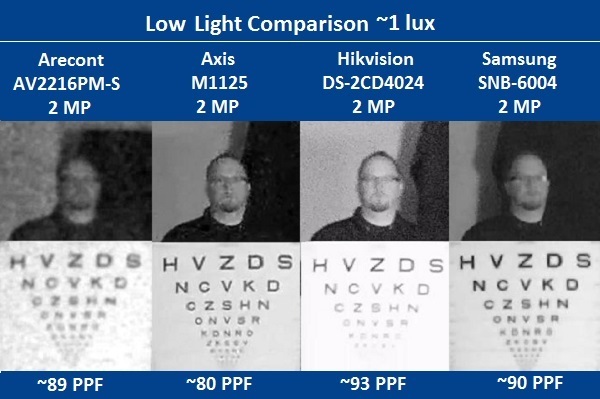 In lower light scenes, ~0.1 lux, the AV2216 provides no usable images of the subject or test chart. Both Hikvision and Samsung produce rough subject details and 3/4 lines of the test chart. 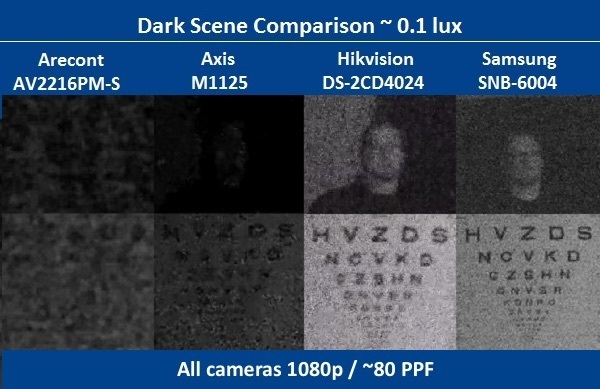 The Arecont G5 WDR had the highest bandwidth consumption of cameras tested in full light and low light (~1lx), and higher than all but the Samsung SNB-6004 in dark scenes (~0.1lx).

Note that both the Axis M1125 and Hikvision 4024 in this test use smart CODECs, drastically reducing bandwidth in these scenes. 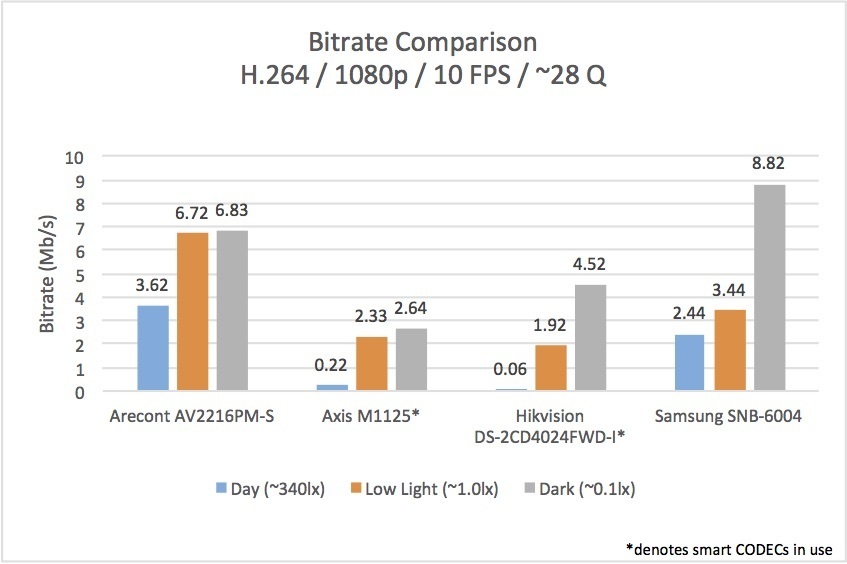 The G5 WDR camera shares the same form factor as past Arecont MegaVideo cameras, a compact "hockey puck" box camera. The most notable new addition is remote focus and zoom, controlled via an additional connector on the rear of the camera wired to the lens (in addition to the DS auto-iris cable).

We take a look at the physical construction of the camera and zoom lens here:

Most of the Arecont G5 web interface is unchanged compared to previous models. Most notably, controls for remote focus and zoom have been added, seen here:

The bulk of the web interface remains unchanged from past MegaVideo cameras, seen in the screencast below. Note that G5 cameras default to "Balanced" exposure mode, which uses up to 80ms exposure, resulting in blur in low light scenes. Users should use "High Speed" mode to prevent blur, as all other modes use varying levels of long exposure.

Top Manufacturers Gaining and Losing 2017 on Nov 03, 2017
3 years ago, IPVM statistics accurately and early identified the rise of...
Arecont 10MP G5 Tested on May 31, 2016
For years, Arecont Vision had an advantage with their 10 megapixel cameras as...
Arecont Stellar Camera Tested on May 25, 2016
Arecont offers:  STELLAR (Spatio TEmporal Low Light ARchitecture)...
Comments (0) : Subscribers only. Login. or Join.