Given Arecont is 3 time defending integrator choice for worst camera manufacturer, it should be little surprise they had the lowest score in the integrator Favorability series.

Integrators detailed why they dislike Arecont, and comments indicate that while Arecont have won some battles improving product perception, they are still losing the overall war.

I think Arecont does continue to innovate. Once other people starting releasing 180 multisensor cameras, they came out with the Omni. First the multi-sensors did not have remote focus, now they do. Then they released the Flex and the Duo series. They've had a pretty robust line of micro form factors for awhile now and lots of options for "inbetween" sizes like 3MP and 5MP and 10MP.

Maybe that's the problem. More dollars go into designing new stuff and the product quality side looses out because of not enough funding. I wonder how many integrators thought, "They didn't work well before, but now they have this new neat camera, and maybe because it's new they improved the quality this time." Quality fails, they are out of favor again, release next toy to regain interest, rinse and repeat.

I think Arecont does continue to innovate... First the multi-sensors did not have remote focus, now they do. Then they released the Flex and the Duo series.

#1, that is a good point and I agree with you about the innovation within multi-imagers.

I think the challenge for Arecont is that there's only so far innovation within multi-imagers will take them with. Multi-imagers are a good niche but will always be a niche product as for cost reasons or application / design choices, single imagers will remain the most common choice.

The other issue is the ill-will Arecont has brought upon itself. A story on that. An integrator was asking me about using the Axis Q3709 and I told him that we tested it and found it performed poorly. I actually suggested he consider Arecont but he flat shut me down because of his own past poor experiences with Arecont.

I have used Arecont 180 and 360's on several jobs. Some in critical infrastructure applications. I saw them as the "Panoramic Pioneers" a few years ago, but lately have been discouraged by the continuity of the picture across the imaging sensors. The browser interface seems archaic and the menu screens for the different options actually impedes viewing of the live image. Additionally, when compared to other products like Pelco, their scene stitching is almost laughable, despite being able to adjust the "sensors" through software.

They have always seemed to work out-of-the-box for me, but Arecont seems content with what was good a few years ago being passable now. I do not see major innovation.

Low frame rates, I can handle, it is part-and-parcel with high-resolution cameras, especially in the panoramic line.

Would you and the IPVM staff ever consider doing a "teardown" of some cameras, similar to what iFixit does when a new iPhone is released?

I have a suspicion that Arecont uses extremely underpowered image processing chips in their cameras, leading to poor framerate/bitrate control.

I think it would be fun to round up several similar cameras from varying manufacturers, crack them open, and try to identify the chipsets contained inside.

I suspect we'll see some manufacturers using some very old, cheap, and underpowered imaging chipsets in their surveillance cameras. Might be fun to look at the wholesale price of these chips and do a cost comparison (i.e. which camera has the most powerful imaging chips, for the cheapest prices).

I'm sure there would be some dealers willing to donate out-of-warranty or non-returnable cameras for that venture if specific models were requested. A camera that took a lightning hit or water damage might have enough parts intact for close examination.

We actually have planned to do this and started some teardowns. It's on my list of things to do, but other reports have taken priority. It's still coming, just not 100% sure when it'll be released.

I find it completely absurd and unreasonable that Arecont cams aren't capable of providing a secondary stream -- you can get either full or half size, that's it.  You can request the rez of the stream you want, but the camera doesn't scale -- it will just take a portion of the field of view corresponding to your X by Y rez request.  A 12MP camera even at half size will overwhelm many embedded display devices, such as automation system touchpanels. 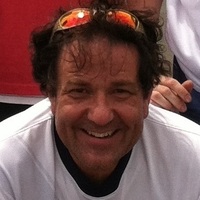 I have made multiple attempts to contact someone from Arecont in an attempt to help me better understand their technology of the multi-imager cameras. My requests have been unanswered through their website email and BOTH the Director of Federal Programs & Mid-Atlantic and the Regional Sales Director - Mid Atlantic & Southeast.  I will be recommending to the Government agency I support to use a different, more responsive manufacturer.

This article is part of IPVM's 6,535 reports, 880 tests and is only available to members. To get a one-time preview of our work, enter your work email to access the full article.

Worst Camera Manufacturers 2020 on May 06, 2020
Which camera manufacturer have integrators had the worst experience with in...
Verkada: "IPVM Should Never Be Your Source of News" on Jul 02, 2020
Verkada was unhappy with IPVM's recent coverage declaring that reading IPVM...
Costar Technologies / Arecont H1 2020 Financials Examined on Sep 16, 2020
Costar's financial results have been hit by the coronavirus with the company...
Bottom: Integrators Start To Stand Vs Coronavirus on Apr 20, 2020
Good news - IPVM integrator statistics show that while coronavirus has hit...
ADT Slides Back, Disappointing Results, Poor Commercial Performance on Aug 06, 2020
While ADT had an incredible start to the week, driven by the Google...
Coronavirus Hits Manufacturers, Standing Now, Worse To Come on Apr 06, 2020
Coronavirus is hitting security manufacturers, though overall modestly for...
Facial Recognition: Weak Sales, Anti Regulation, No Favorite, Says Security Integrators on Jul 07, 2020
While facial recognition has gained greater prominence, a new IPVM study of...
Hikvision Chairman Targeted For Sanctions As Federal Watchdog Calls Out Hikvision "Serious Religious Freedom Violations" on May 21, 2020
The US government's religious freedom watchdog has criticized Hikvision for...
Faked Convergint Fever Camera 'Expert' Marketing on Jun 16, 2020
Convergint touts they are "THERMAL CAMERA SOLUTION EXPERTS" while faking...
Worst Over But Integrators Still Dealing With Coronavirus Problems (June Statistics) on Jun 30, 2020
While numbers of integrators very impacted by Coronavirus continue to drop,...
Dahua, Hikvision, ZKTeco Face Mask Detection Shootout on Jun 19, 2020
Temperature tablets with face mask detection are one of the hottest trends in...
Fever Camera Sales From Integrators Surveyed on Jun 01, 2020
Fever cameras are the hottest trend in video surveillance currently but how...
False: Verkada: "If You Want To Remote View Your Cameras You Need To Punch Holes In Your Firewall" on Jul 31, 2020
Verkada falsely declared to “3,000+ customers”, “300 school districts”, and...
Dahua Revenue Plunges, 3 Execs Resign Q1 2020 on Apr 29, 2020
Dahua's sales dropped by 19.47% in the first quarter of 2020 amid the...
China General Chamber of Commerce Calls Out US Politics on Sep 24, 2020
While US-China relations are at an all-time low, optimism about relations...

OnTech Smart Services Partners With Google and Amazon To Compete With Integrators on Sep 25, 2020
A pain point for many homeowners to use consumer security and surveillance is...
The Future of Metalens For Video Surveillance Cameras - MIT / UMass / Immervision on Sep 25, 2020
Panoramic cameras using 'fisheye' lens have become commonplace in video...
Hikvision Sues Over Brazilian Airport Loss on Sep 24, 2020
Hikvision was excluded from a Brazilian airport project because it is owned...
China General Chamber of Commerce Calls Out US Politics on Sep 24, 2020
While US-China relations at an all-time low, optimism about relations...
Verkada Disruptive Embedded Live Help on Sep 24, 2020
Call up your integrator? Have someone come by the next day? Verkada is...
IP Networking Course Fall 2020 - Last Chance - Register Now on Sep 23, 2020
Today is the last chance to register for the only IP networking course...
Drain Wire For Access Control Reader Tutorial on Sep 23, 2020
An easy-to-miss cabling specification plays a key role in access control, yet...
Norway Council of Ethics Finds Hikvision Human Rights Abuses "Ongoing" on Sep 23, 2020
Hikvision's involvement in "serious human rights abuse" in Xinjiang is...
IPVM Camera Calculator User Manual / Guide on Sep 23, 2020
Learn how to use the IPVM Camera Calculator (updated for Version 3.1). The...
Installation Course Fall 2020 - Save $50 - Last Chance on Sep 22, 2020
This is a unique installation course in a market where little practical...
SimpliSafe Business Security Launched Examined on Sep 22, 2020
SimpliSafe has launched "SimpliSafe Business Security" that the company...
FLIR CEO: Many New Fever Entrants "Making Claims That The Science Just Won't Support" on Sep 22, 2020
FLIR's CEO joins a growing number calling out risks with fever / screening...
China Bems Temperature Measurement Terminal Tested on Sep 22, 2020
Guangzhou Bems (brand Benshi) is the manufacturer behind temperature...
Axis Exports To China Police Criticized By Amnesty International on Sep 21, 2020
Axis Communications and other EU surveillance providers are under fire from...
Milestone XProtect on AWS Tested on Sep 21, 2020
Milestone finally launched multiple cloud solutions in 2020, taking a...