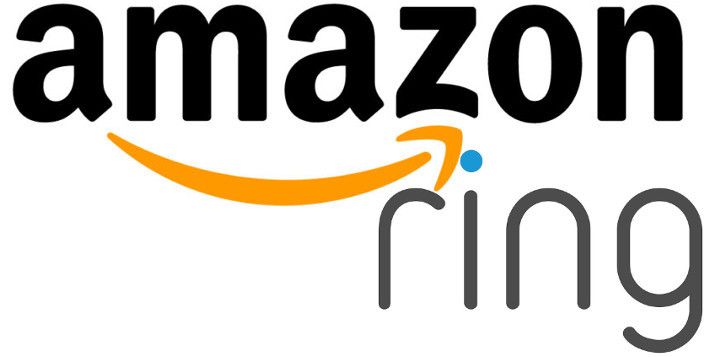 The world's largest online retailer, Amazon, is now on a fast track to become the Western world's largest residential video surveillance manufacturer. After Amazon bought wireless video surveillance specialist Blink in December 2017, Amazon has now bought Ring (most well known for their video doorbells and Shaq commercials) for over $1 billion, in their second most expensive acquisition ever.

IPVM estimates Ring's 2017 revenue to be $200+ million, based on Ring's previous public 2015 revenue statement of $100+ million and the strong growth rate in video doorbells / residential video surveillance in the past few years.

A year ago, Ring raised $109 million and had been evaluating further investment when they made this deal with Amazon.

The other big name in residential video surveillance making news recently is Netgear's Arlo, another very fast growing offering. Arlo is planning an IPO and is expecting a valuation of 2x that of Ring. Arlo, on the product side, is focused on wire-free video surveillance and is a direct competitor against Amazon's Blink.

Everyone Competing Against Amazon

However, increasingly every residential video surveillance manufacturer will be competing with Amazon. With Blink and Ring combined, they have leading products in wirefree video surveillance as well as doorbells. Moreover, Ring also has security cameras and a security system, but those are newer and less proven than Ring's doorbells.

What Amazon does not own is a provider of traditional 4 / 8 / 16 camera kits. However, that is less important strategically and going forward than wire-free and doorbells because residences value the convenience of having not to run new cabling, something that can be achieved with doorbell and wire-free cameras. Indeed, the traditional kits are challenged by the growth in the two areas where Amazon has now acquired.

Bad for The Chinese

The Chinese manufacturers have been working hard and spending money trying to break into the Western residential video surveillance market, e.g., Hikvision's Ezviz and Dahua's recent purchase of Lorex from FLIR.

However, given Amazon's already massive size and continued focus on growth, the Chinese manufacturers are going to be at a distinct disadvantage. While Amazon is likely to continue to let Ezviz and other Chinese brands fight for super low cost / low margin business, it is hard to imagine that Amazon will not favor in their marketing and positioning the two high-end product offerings they now own.

The most obvious application where Ring fits is with Amazon Key, the new service that lets delivery people put packages inside one's house. Ring's doorbells are likely to be integrated and perhaps software upgraded to fit with this service, which helps solve the 'porch pirate', package theft issue.

How much more Amazon does with Blink and Ring is unclear now but it is fairly easy to imagine them packaging those two and other Amazon devices as 'end to end solution' for residential video surveillance and more that would be hard for most conventional video surveillance manufacturers to match.

There are certainly fairness issues raised. Amazon is fundamentally a re-seller / distributor but now one who owns 2 of the fastest growing residential video surveillance products in the world. How do they treat their other vendors fairly given this position?

Now, owning 2 residential video surveillance manufacturers alone will not cause any anti-trust issues. However, Amazon overall, in the past year, has faced increasing criticism of anti-trust / anti-competitiveness behavior, e.g.:

Ironically, the CEO of Ring just 6 months ago observed the power and danger of Amazon:

Now, at least, Ring's CEO is getting the benefits. Every other residential manufacturer is more likely to get the radiation.

40+ Alternatives to Dahua & Hikvision For Video Surveillance Camera Manufacturing on Aug 17, 2021
As bans against Dahua and Hikvision rise (from Taiwan's ban to the US NDAA...
Traces AI Non-Face Recognition Alternative Profile on May 18, 2021
Traces AI says they have developed a Face Recognition alternative for...
Acquisitions - Winners and Losers on Dec 10, 2019
Most major manufacturers have been acquired over the last decade. But which...
Amazon Ring Public Subsidy Program Aims To Dominate Residential Security on May 20, 2019
Amazon dominates market after market. Quitely, but increasingly, they are...
Amazon Marketing Pro Installs of Amazon Security Systems on Apr 25, 2019
Is Amazon a threat to conventional providers like ADT, Vivint and Brinks...
Alexa Guard Expands Amazon's Security Offerings, Boosts ADT's Stock on Sep 21, 2018
Amazon is expanding their security offerings yet again, this time with...
ADT CEO Is Out on Sep 04, 2018
ADT's CEO Tim Whall is out, 'retiring' in less than 3 months, ADT...
Bad Move: ADT Markets Rival Amazon on Aug 08, 2018
Amazon may be lining up ADT as its next victim but ADT is happy to promote...
Simplisafe Acquired At $1 Billion Valuation on Jun 29, 2018
Simplisafe, the competitor alarm monitoring companies historically most...
Amazon Enters Home Security Services on Apr 26, 2018
Move over ADT? It is certainly what investors have feared for ADT, especially...
DMP Adds Ring Video Doorbell Integration on Apr 24, 2018
Video doorbells have become one of the hottest items for security systems....
Dahua Global Launch LeChange on Mar 20, 2018
Dahua is getting into the consumer video surveillance market globally, with...
ADT Hammered Again, Loses Another Billion In Market Cap on Mar 16, 2018
ADT's CEO told investors that [link no longer available], 'in baseball...
ADT: "Hate That Company" Loses Billion On Amazon Ring Deal on Mar 02, 2018
It has not been a good 2018 for ADT. And this week has been even worse. In...
Comments (46) : Subscribers only. Login. or Join.