Professional VMSes aim to be more than simply video managing machines. In particular, larger organizations need to respond to specific alarms (or events) in a timely, organized manner. Because of that, many VMSes have added in capabilities to do so.

In this tutorial, we examine the options for VMSes managing alarms, how they are created, received, handled, acknowledged and searched.

Status: Most VMSes allow the processing of alarms, typically defaulting with 'Active' and allowing alarms to be closed or 'Acknowledged'. Generally, when an alarm is closed, it will be removed from the live monitoring pane.

Priority: The volume of alarms can become significant. Assigning priorities to alarms allow operators to sort by the most high priority / high risk types.

Action: Some VMSes support a myriad of action types that should be triggered in the event of such alarm.  Actions such as 'open door' or trigger immediate recording for a given camera are a few such examples.

Assignment: Many VMSes allow alarms to be assigned to specific operators. In larger teams, certain operators may be responsible for specific cameras or areas. Assignment allows them to be distributed and properly handled.

Instructions: Some VMSes support displaying pre-defined instructions for how to handle that type of alarm.

Video display: Almost all VMSes allow video to be displayed corresponding to the time and associated camera of the alarm, with typical controls.

Most alarms are dealt with in the context of live view / monitoring though many VMSes also allow searching for past alarms. In addition, some VMSes allow the alarms to be postponed (snoozed), or transferred to other users for management with added notes. 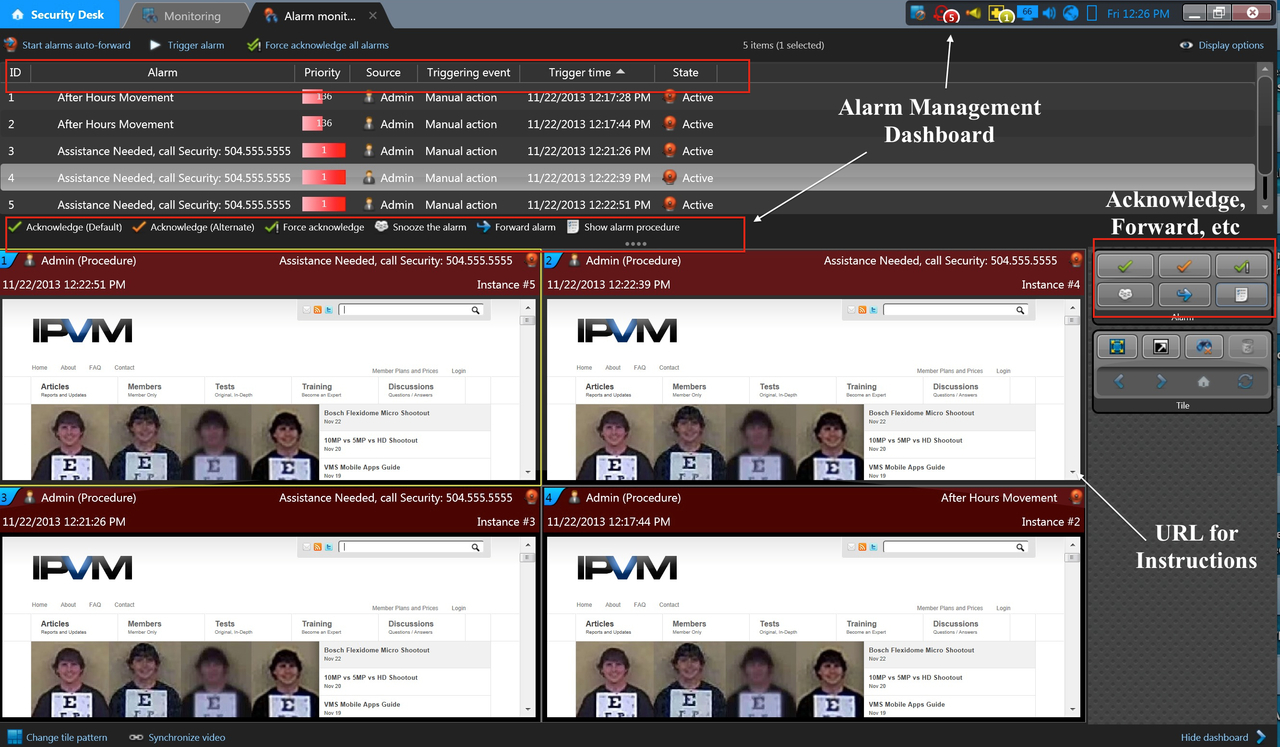 Creating alarms usually requires adding a name, priority, action, and schedule for that alarm. For example, an alarm may only be triggered if the Southeast Door is opened after 5PM central and in this case send an email to the on duty security officer. 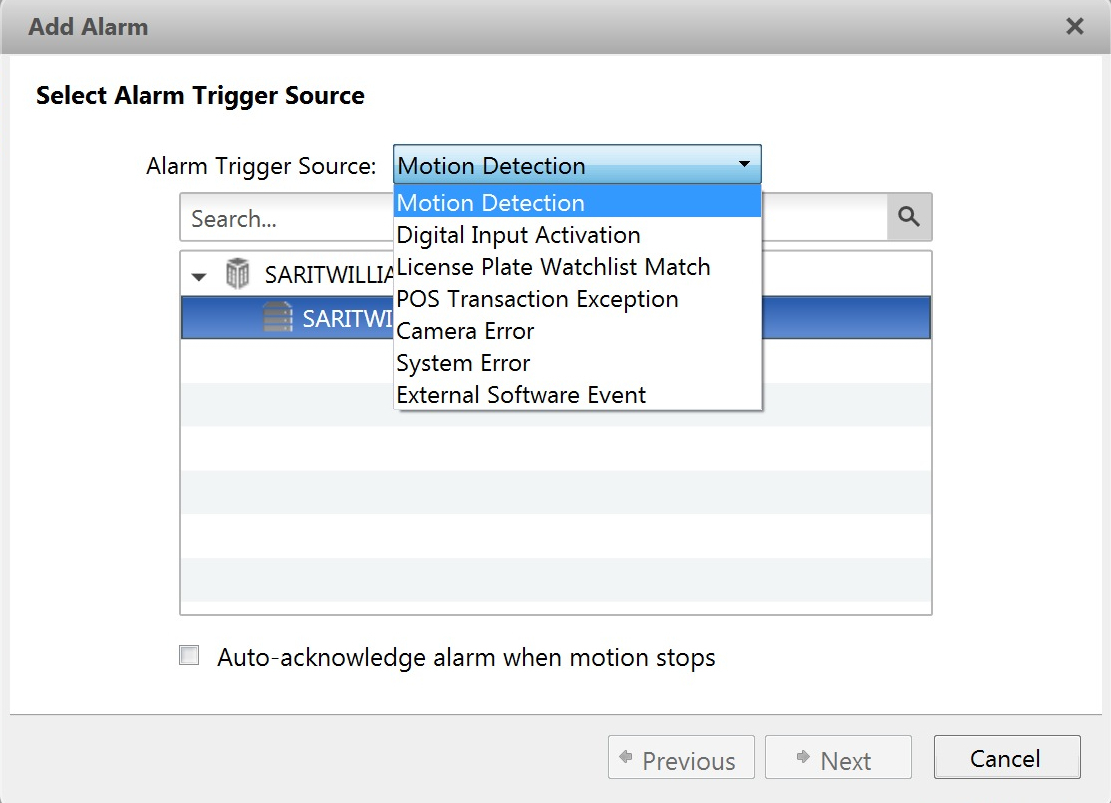 Once the alarm trigger source is selected, choosing which Action should be performed is usually presented.  There is a slew of options that determine what the triggered alarms should result in (e.g. start recording a camera upon motion) that may not be visible to the operators. However, some actions also determine how the user will be notified (email, PTZ preset change, etc), if at all. 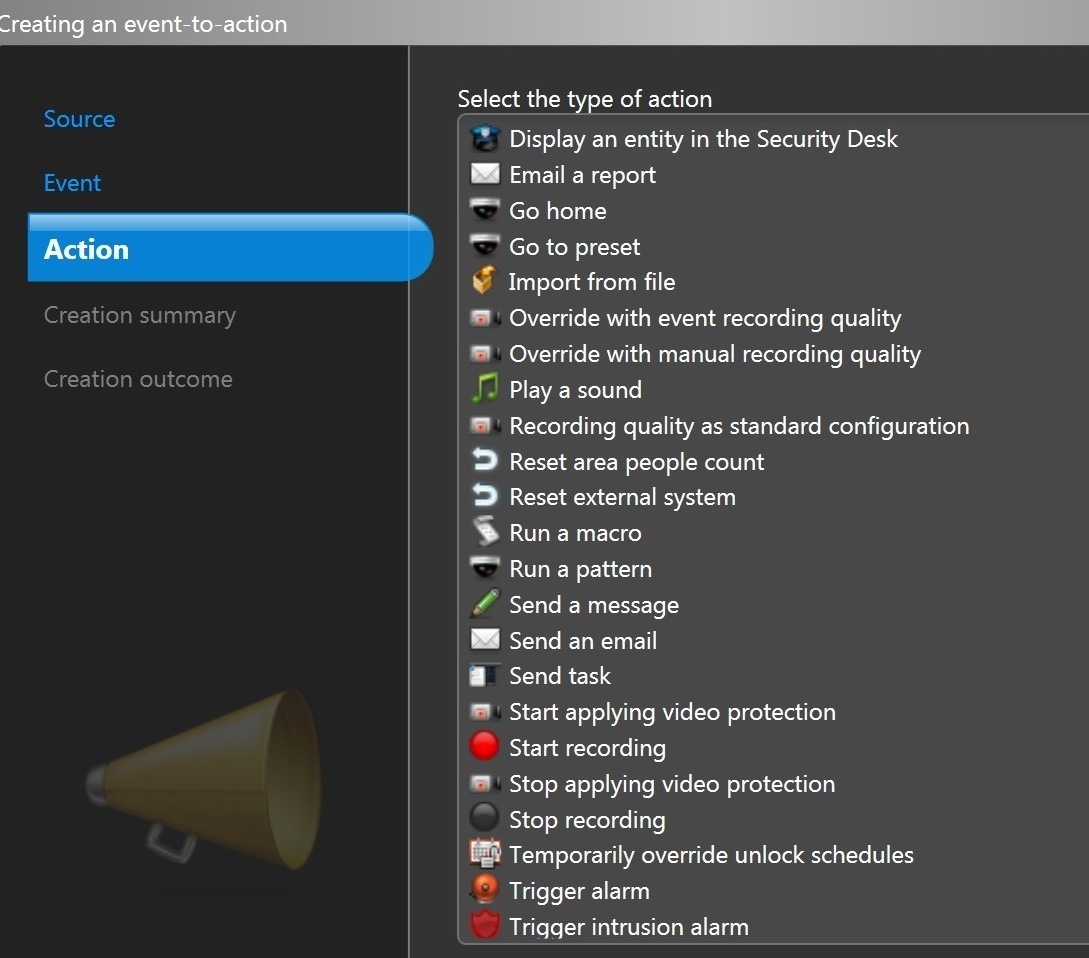 Once an alarm has triggered it will appear to the user(s) or groups it is assigned to; this notification varies from one VMS to another, and can be done in one or multiple ways:

Users have the option to acknowledge alarms by clicking an icon, or if further action or details are needed, opening an Incident and adding in depth notes.  Also, some VMSes allow the alarms to be forwarded to other users with additional details via the client instead of using another communication method (such as email). 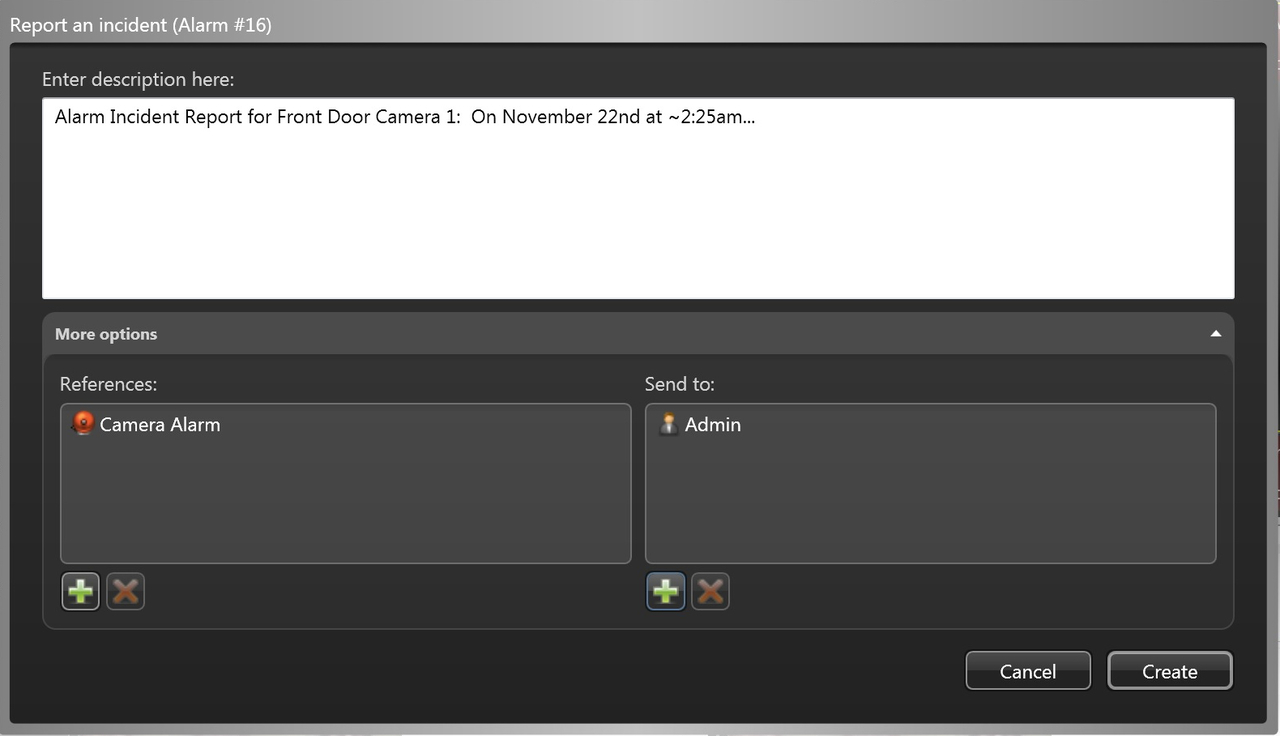 Searching for an alarm can be done from archives if either the trigger or action is associated with a camera's motion event in most VMSes. However, in other cases when video is not a trigger, an IO event may have triggered a pop-up message, in those cases it is common for the VMS to offer a separate alarm search option. 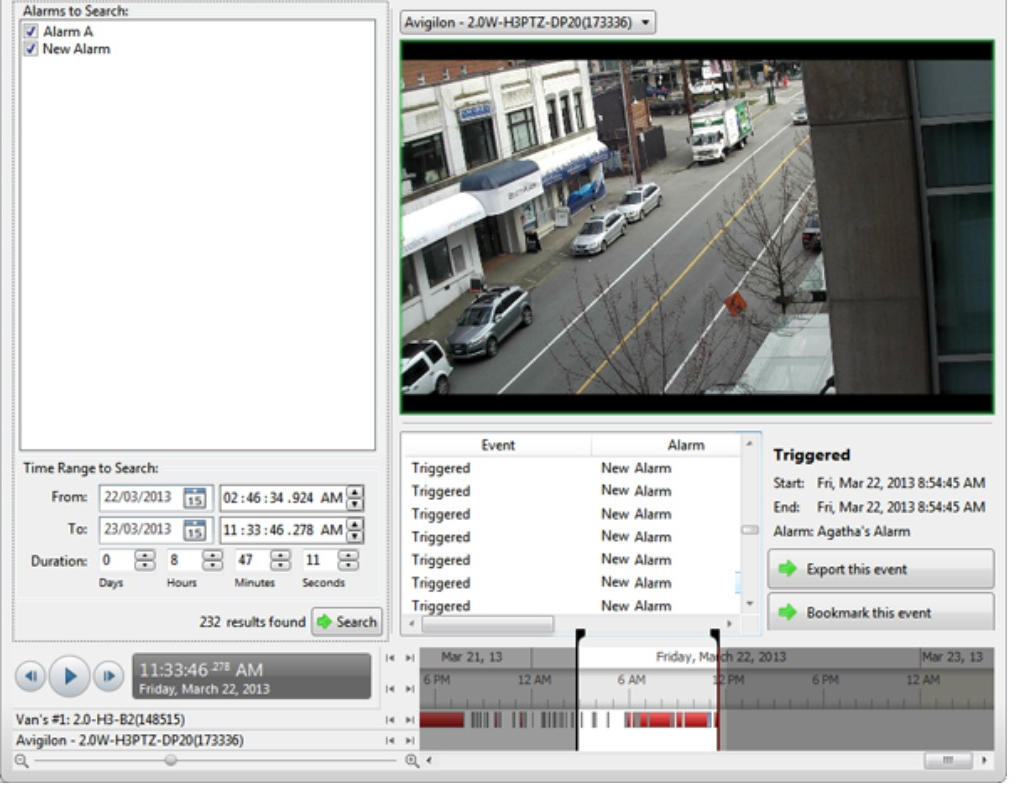 Many VMSes do not have any alarm management capabilities and the sophistication of this feature varies even among professional VMSes. Some simply have rudimentary listings while others, aimed at large scale users, will have the full gamut of instructions, assignment, acknowledgement, queueing, etc.

Managing alarms within VMS systems is still highly debated as many larger, more sophisticated users prefer the greater power and information of managing alarms in access control or PSIM systems.