Pricing for HD video has gone down sharply, but not for ADT whose "less than $2 a day offer" is quite impressive.

Approximately $500-$600 a camera installed doesn't seem outrageous to me, and I'm not. A big fan of ADT.

Also should be noted it says NVR in the fine print, it's possible this is for a 720p ip kit, which would qualify as hd.

The contract and system ownership is another thing altogether.

Cams in the ad appear to be dahua, street price around $100 each, but probably not what will be installed, so it's irrelevant.

With Costco selling better full HD kits at $300 for 4 cameras and $700 for 8 cameras, that's what I think will make it a tough sell.

ADT has brand, huge sales force, etc., so they will sell some obviously but that is going to make it a hard sell for any 'business' that can do basic math.

Indoor HD cameras (let's assume they are 720p, since otherwise they likely would have labelled it 'full HD') are, at ADT's price, going to be somewhere in the sub $50 range from Dahua (or less).

I hate having to defend adt...

That said, companies pay a premium to place their trust in someone else's expertise. The time it takes to educate yourself on something unrelated to your business is not insignificant. This is part of the value equation.

Where they screwed up is using value based pricing then trying to lead with price.

Again, the $500 per camera range is not uncommon for small systems in turnkey installs.

My favorite analogy is that an alternator may cost $100 at autozone, but a good auto repair shop will charge you $4-$500 after all is said and done. And it's worth that all things considered.

$720 per camera for a 3 year rental of entry level Chinese kit.

You have to defend that?

Not at all. The contract is silliness.

Notwithstanding the contract and term... There's a cost to spreading payments out. Do we deride ford credit when we pay 38k for that 31k ford transit after 5 years?

For some reason I read that as 6 cameras. Still, I'm not the guy to criticize for charging too much.

There's plenty to criticize ADT on aside from their pricing.

There's a cost to spreading payments out.

So they are charging $2,000 over 3 years for (and let's be generous here) $700 street value equipment. That's the equivalent of 50%+ interest rate. You could get a loan from the mob at better terms.

You could get a loan from the mob at better terms.

Yes, supposedly the Mob is more competitive these days due to the bad economy hitting them hard; just last week I heard they had to layoff several judges, so I believe it.

Nonetheless and for obvious reasons, the Mob is not a good choice for actually installing intrusion/surveillance systems, therefore its not a direct replacement for ADT.

So we can compare apples to apples, what other established provider will come to your house and install such a system with no money down and just the monthly payment, and what do they charge?

I think some cable companies are offering deals like this, other residential alarm companies obviously, anybody else?

Installation is charged separately and up front from the service contract.

So ADT is 'loaning' you $700 and charging you $2000 over 3 years for it. The worst credit card company would be a far less expensive option. And, with the credit card approach, you own the equipment, not rent it from ADT.

Installation is charged separately and up front from the service contract.

What's the 'switch'? The install minimum?

Yes, a bit shady there, is that what part you are referring to?

At most, 5 of those cheaply looking indoor cameras and a small NVR costs ADT $300, delivering an incredible profit margin for ADT.

Your cameras still need to be installed, to compare fairly.

I think they will do well with this offering, though I agree with u1 that leading with price is a mistake.

This is an item best sold right after the intrusion system, ideally in response to their inquiry.

Psychologically, there is no better time to come at them with the moneymaker; after all they've just said yes, and this 'special pricing' is only available to someone when buying an intrusion system, so...

For installation they are charging over $1400 which is quite a lot for just five cameras. In addition, the three-year price for the products is over $2000 compared to their cost of about $300, which is an incredible profit margin however you segment it.

Yes, it's good margin either way, no doubt.

For instance the The Company The Industry Always Feared Would Arrive charges $1800 for 8 cameras installed and you get to keep the cameras.

Btw, I'm sure it exists but I couldn't find an integrator survey with a average install price per camera, do you know of one?

We don't have "average install price per camera" exactly but the big thing with this 'special' is that ADT is pricing the labor / install separately (ergo 'the minimum installation charge of $1,445') means they are going to make money here as well.

Also, note these are all indoor cameras so the install price is going to be much lower than 'average' business prices since outdoor installs are regularly exponentially higher than indoor ones.

It's a schlocking for the end-user, but good news for everybody else, no?

Not that it really matters, but those look like Dahua domes, which are all outdoor ready. They may restrict the install to indoor only though.

Now if the system includes the Dahua PTZ cams shown in the photo then this may change perspective a little bit. Otherwise, the image would be false advertising: 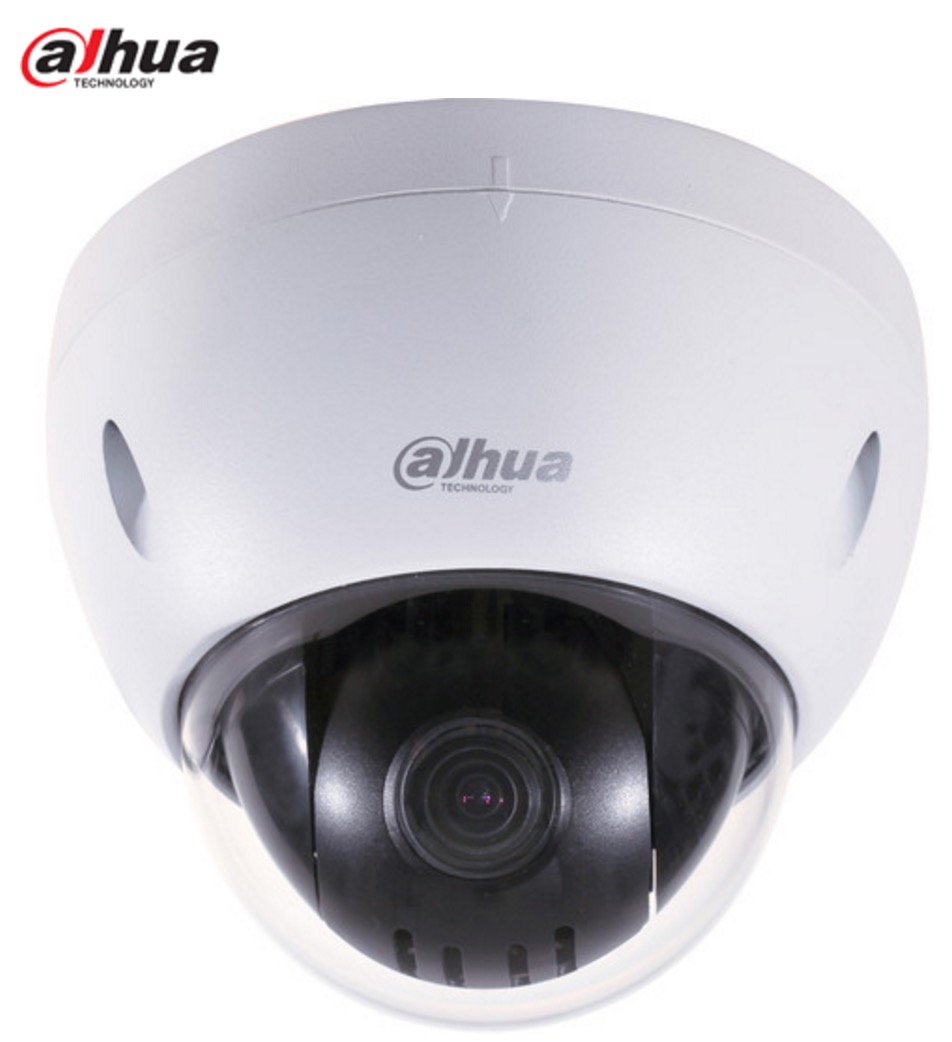 I think there's value in what they are trying because it's a low threshold to get into an HD system. However, it's really a disservice to approach a business with a one camera fits all model. What if WDR is required? Dahua makes a lot of accessories now for their cameras. Are those provided or are we going to foolishly wall mount the dome outside because we can't source the proper mount or pay for it.

Now if the system includes the Dahua PTZ cams shown in the photo then this may change perspective a little bit. Otherwise, the image would be false advertising.

They'll probably get away with it since there are approximately zero people in the known Universe who both can distinguish Dahua's Mini PTZ from their nearly identical fixed dome models at 100 yards AND at the same time are thinking this is a good deal.

5 indoor PTZs would make the install go quicker; throw 'em up and let the homeowner do the rest...

This article is part of IPVM's 6,807 reports, 913 tests and is only available to members. To get a one-time preview of our work, enter your work email to access the full article.