In this note, we review the offering and share details based on a discussion with the company.

EyeObserve came from the demand by the Rotterdam police for a way to train surveillance operators “quickly and more effectively,” says Frank Dolmans, the chief marketing officer at VSTEP.

Dolmans says it’s faster to train operators in a simulated environment and more effective because it can test specific competencies. In this post we explore those claims and discuss how police use EyeObserve.

This is an actual image from a camera in "Virtual Rotterdam:" 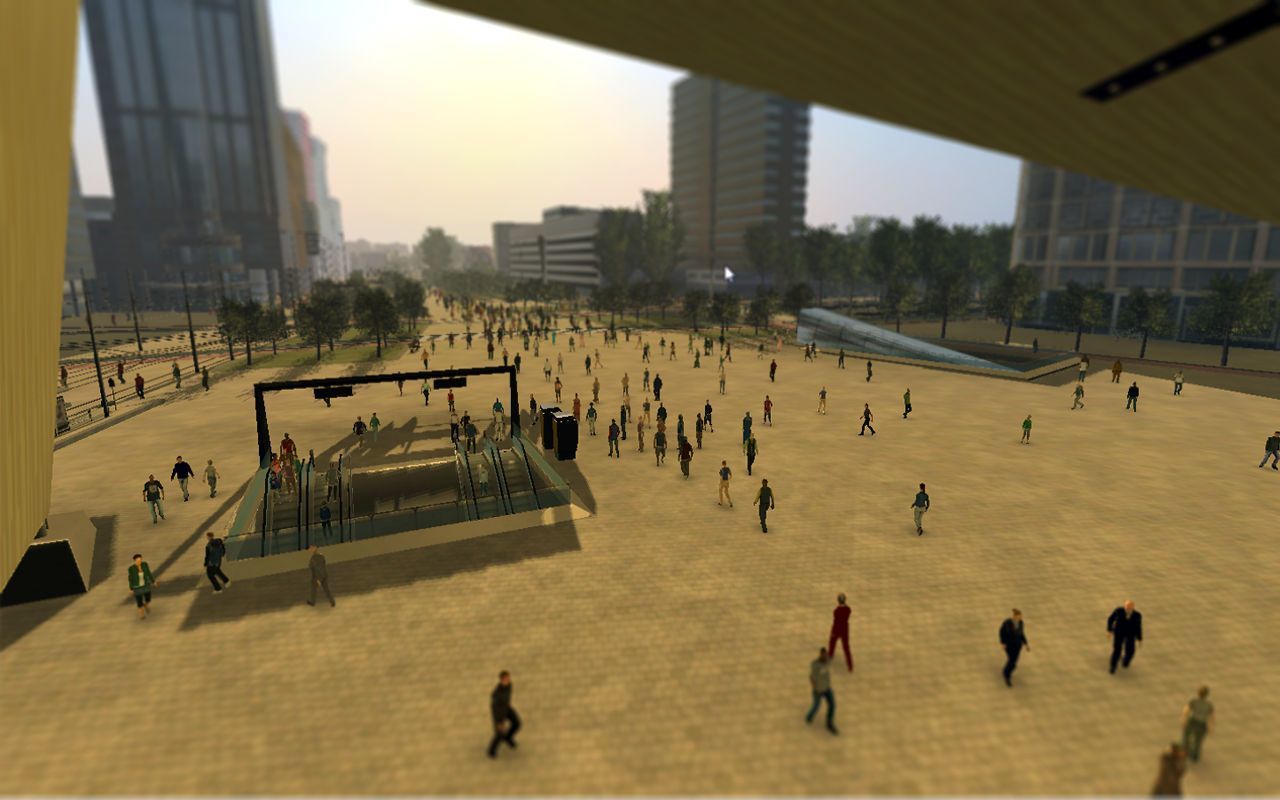 EyeObserve is a surveillance simulation for operators. Using virtual people in a virtual landscape to simulate events of interest. VSTEP uses maps, GIS data, blueprints and high-resolution photos to create three-dimensional landscapes as identical to a customer’s actual operating environment as possible.

“Rotterdam has a brand new train station that opens Wednesday and they are already training on it ... We actually used a blueprint from the city to build the station as it looks now,” he said. Trainers can also control weather conditions, time of day and outdoor visibility.

Virtual cameras are “placed” in the same locations as existing cameras, mimicking camera field of view, resolution and type (PTZ or fixed). A trainer can make cameras break or become obscured, forcing an operator to switch to other cameras and to track a suspect.

It also allows an agency to find out where it needs to add cameras. An agency can insert cameras to get an idea what the field of view would be in certain areas.

“You can test it here before you add new cameras,” he said.

“It’s important that they are able to use the actual hardware they will be working with when they are using the simulator,” he said.

This is a training station in Rotterdam: 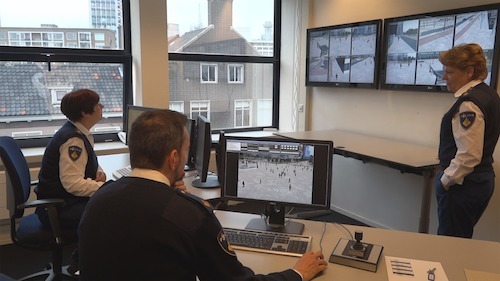 And this is the actual control room: 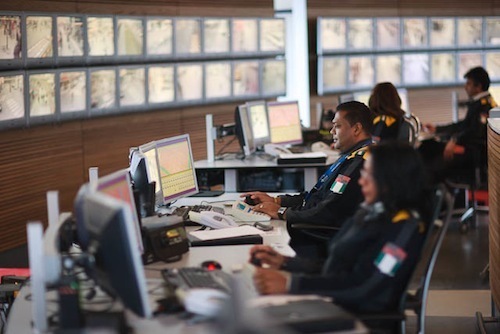 What Does it Help Assess?

Scenarios are pre-programmed and controlled by an experienced trainer, but contrary to what one might think after seeing the hokey virtual people in EyeObserve’s 3D world, the program isn’t teaching operators to recognize a virtual gun or a pickpocket actually. Those are scenarios that can be programmed for practicing SOPs. The program is mainly training operators to learn to spot behavior that is different relative to the normal behavior of a population.

“What is different from the masses? If you have a big crowd of virtual characters and there are a few characters that are acting oddly, you can train someone to detect that,” he said. “That is also one of the competencies that need to be trained.”

The Rotterdam police have a classified list of skills and competencies that must be mastered before becoming an operator.

VSTEP says it saves an agency time and money by using EyeObserve to train operators.

“[In the past] An operator would sit next to the rookie and teach them the controls and wait for something to happen. It wasn’t cost effective because days nothing happened. It took a lot of time and resources for someone to have to wait for things to happen to get experience,” Dolman said.

The Rotterdam police did not respond to requests for information. We were told resources are tied up in preparation for the upcoming Nuclear Security Summit [link no longer available]. Another thing that should be noted, however, is that as its first (and so far, only) customer with EyeObserve deployed, Rotterdam did not have to pay the full cost.

VSTEP see law enforcement as its primary market, but it may considering targeting retail and other sectors in the future. The company has interested agencies “in Europe and abroad,” including military units.

Rotterdam has a need for a way to streamline training as they have an active surveillance operation. Around 750 cameras are watched by 90 operators at a time who rely suspicious events to a corps of 30 police who are on standby to investigate incidents operators report.

Only time will tell how many other organizations will adopt this approach to training. The U.S. military uses similar technology for weapons training, but even virtual training has to be supplemented by real-world training and handling.