Bad surveillance images are, unfortunately, all too common. The most common 'solution' is to increase the resolution, i.e., add more pixels (SD to HD, HD to 5MP, 5MP to...) Sometimes this works, but it always comes with an increase in cost, often indirect, as well as negative tradeoffs.

Here are 5 ways to improve quality without having to increasing resolution.

Move The Camera Down

Stop being so paranoid about cameras being vandalized. Even if its a real risk, it is better to have a camera vandalized every once in a while than ensure that the video captured will be useless when it comes to identify a subject.

Our camera height vs image quality test demonstrates this tradeoff. The image below shows a camera at the same spot, simply moved up or down. Notice how much more of the face is captured in the latter image:

Many times a camera's compression is simply set too poorly. Take a look at these two pictures:

They actually have the same resolution, one is simply set to a worse compression than the other.

Sometimes manufacturers default quality levels low or installers will turn quality lower to save on bandwidth and storage.

Cut The Field of View Down

Cutting the FoV width in half is equivalent to quadrupling the resolution for the smaller area remaining. Certainly, you give up coverage but the area remaining will capture far greater details. Often, that is all that is needed - One really good shot of a suspect going through a chokepoint (e.g., a doorway) can be better than seeing a fuzzy suspect walking across a wide area.

Dealing With Shadows and Glare

Resolution alone will only go so far in dealing with shadows and glare that are all too common in the day. Take this image for example: 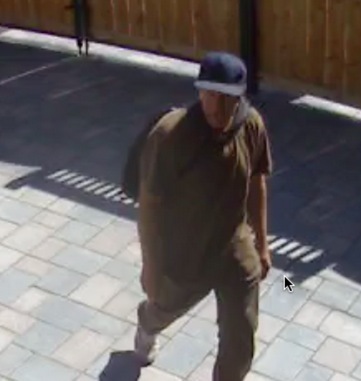 Going to super high resolutions, like 5MP or 10MP, probably will not help. Indeed, it will likely make things worse compared to a real multi-exposure WDR camera, who as of 2013 are only available in 3MP imagers max.

Dealing With The Dark

Last, but certainly not least, surveillance at night is often critical. Most people are likely aware of the reputation of megapixel being worse in low light. This is not completely true anymore, as technology has improved over the last few years.

Both integrated IR and super low light megapixel cameras are now common. You are much better off switching to one of them rather than increasing resolution (and beware 5MP and up low light performance is still pretty dreadful across the board).