Why Is This Chinese Surveillance Manufacturer Stock Up 730% In The Past Year?

In 2012, we discussed potential plans for China to Block Out Western Manufacturers?

A key part of that was a Chinese codec / standard called SVAC, an alternative / replacement for H.264.

It's been in the news recently with a boutique Chinese research firm's post in Forbes, with the audacious claim that "It’s likely that the state will enforce SVAC as a mandatory standard within the next 6 months."

The company developing / promoting SVAC is a publicly traded company named Vimicro. The company's annual revenue has hovered around ~$70 million USD in for the past 4 years, all the while generating significant loses.

Despite this, Vimicro's revenue and valuation is still less than 1/10th that of the mega Chinese manufacturers like Dahua or Hikvision.

Do they have such political connections that they are really going to knock out H.264 in China?

Anyone have any idea what this company is really doing?

China can enforce any codec standards they want. There's still the rest of the world and I doubt they would be able to shove SVAC down our respective throats so Chinese manufacturers would have to produce for both standards: SVAC for China and h.264 (or maybe h.265?) for the rest of us. That alone would cut into their "economy of scale", making both products more expensive.

Maybe, we'll see some manufacturers only produce for the local market; some for foreign markets and a very few for both?

Anyway, there is often little direct correlation between a stock's price per share and things like this. Speculation is likely a key driver - as in some investors are betting on the possibility that Vimicro will corner the Chinese market.

"It was founded in 1999 when the Chinese government invited a group of Chinese people who had been educated and had established careers in Silicon Valley to return to China to start a company."

"It was the first Chinese chip design company with proprietary technology to be listed on NASDAQ."

stay away from this stock, it's just hyping, and the people here know what they are doing. SVAC or similar concept from this company is just to help hyping and nobody is going to use. Don't bet the government will save them, the government is getting wiser than before. No big companies is using their technology.

do you recommend shorting then? or buying puts? 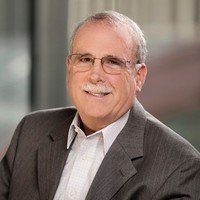 I would recommend staying away from buying or shorting any unknown Chinese company’s stock. What companies like this are best known for is wildly fluctuating stock prices that turn on a dime for no apparent reason. If you want to take a “casino gamble”, then take a shot, but if you think you can out-guess the Chinese market or what the Chinese government will do – Fagetaboutit!

good to know, and even better tip than the first. sounds like a delta-neutral volatility hedge is the instrument to use here for low risk, high return (as long you have some unpredictable wild fluctuations, that is)