Why Is My Electronic Latch Retraction Blowing Fuses On My Altronix Power Supply?

After all my years in the business this is my first attempt at the electronic latch retraction type locksets. Glass storefront door with the vertical rods. Triggered by crash bar . Ordered the retrofit kit from the manufacturer installed easily. First tried it with a 2 Amp altronix which was underpowered the solenoid would engage but only successfully fully retract about one out of every four tries. Brought in an AlTronics Al 1024 ulx PD8 which is rated at 10 amps. It worked but after three or four attempts the fuse is blown. I'm using 18/2 wire could that be the culprit?.

Without having the specifications on the release device I’ll offer a suggestion where to start.

Check the inrush requirement of the device.  Some peak at very high currents, but use little to retain the lock.

Although the power supply is rated at 10amps, each output is usually fused at a lower amount, with a maximum combined output.  It appears to be 3.5a maximum at 24VDC per output.

As for wire guage, how far from lock to power supply?

I"m with what Undisclosed #2 said. Usually those retraction devices have a very high inrush current. If you have the model of the retraction device, you should be able to look up a spec sheet which will tell you.

In the past when I've dealt with them, my  company has always requested the people installing the hardware provide the power supply. Doesn't always work out, but then at least it's their problem, not ours.

Depending on the device you might need a special power supply that will support the high current inrush.  Altronix makes a StrikeIt or you can get the VonDuprin power supply made for this.

What is the model of the solenoid?

Agree with what others said ... it is critical that the ELR kit and the power supply be matched or you could experience what you're seeing.  The installation sheets for the ELR kit should say what the power ratings of the power supply needs to be. Some of them (mostly the older ELR) needed power supplies rated for 16 amp inrush, and you pretty much had to use the power supply that the ELR manufacturer sold since it was matched/rated for the application.  Sometimes folks would try to get around that since a regular Altronix power supply appears to be so much less $$$, which it is.

Usually, the only power supplies we have used with ELR applications have been the type that use a trigger input from the access control, i.e. the power for the ELR is not running through the control relays in the access control board (since they are usually not rated for this).

A lot of contacts in access control equipment is only rated for 2 or 3 amps at 30 VDC ... some of the ELR's draw much more that that during inrush, so the power supplies intended for ELR control are rated higher than this and are fused as such.  Have you also checked that you're not having any mechanical binding or mis-alignment with anything>  I know you said it works for a bit before blowing the fuse, so it's probably not that, but just thought I'd throw it out there.

Also, it looks like the PD8 power distribution module has fuses rated at only 3.5 amps/

It also has 8 output circuits .. is anything else connected to this power supply?

Yikes, is the wiring to the exit device crimped or cut or grounding out somewhere?

Thanks everyone; one thing I love about this site is the group brain trust assistance.

I was posting yesterday from my phone when I was on the job site and at a total loss. I was so pleased to get some responses and assistance in under an hour on a Sunday afternoon!

Turns out the fused outputs were only 3.5 amps as was mentioned above.  I temporarily hooked power to the main DC input to the fused board which should be about 10 amps and the latch retraction worked flawlessly.  I'm ordering some higher inrush capacity power supplies today. 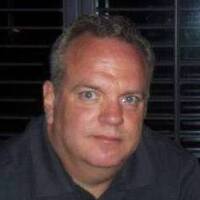 Some of the Von Duprin and Precision devices have end rush current draws up to 20 amps @ 28 volts.

A Von Duprin ELR device requires a Von Duprin PS914 Power supply with 12ga wire from device to PSU with a maximum of 200'
14ga for up to 75 feet.
Try passing that power through a 28ga power transfer hinge. ;-) 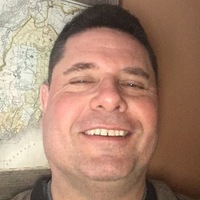 Be aware that some manufacturer's of hardware (Yale) use a non-standard voltage for their solenoid operated ELR devices (46 volts comes to mind) and you can only use their power supply. Some also will not warrantee the ELR device using someone else's power supply. 16 Amp inrush is most common so watch that wire gauge!

In some cases if you use something other than the manufactures power supplies, it will violate UL listings. 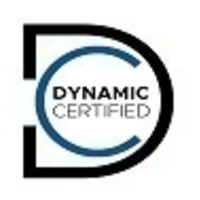 The Altronix StrikeIt and Von Duprin Power Boosters require 120VAC, and are much more expensive and laborious than the Command Access PM300's (which don't require electricians).

I recommend the Command Access PM300. It'll take a 24VDC 1 Amp Power Source and amplify the current to the needs of the high current lock, including the spiked inrush current.

While the earlier versions of this capacitor module was big, overly bulky and would throw off the alignment of the 1/8" threaded retraction rod (causing a rapid unlock/lock sequence): The PM300 is now highly compact and gets the job done at about 75% off the cost.

It has no issues with extended unlock schedules, and will help you win competitively bid projects :) 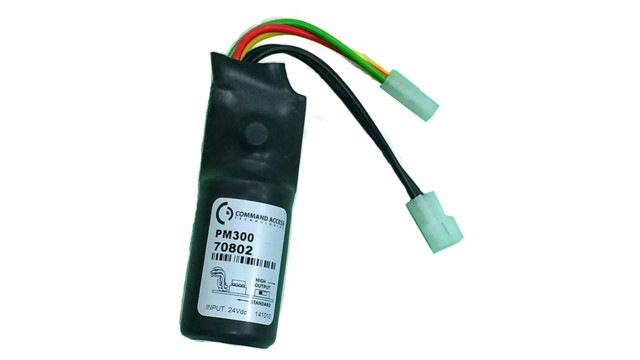 Does this require UL?

Maybe call a door hardware specialist that knows that they are doing so they can spec the right parts on they OWN the solution :-)

I cut my teeth in Division 8 before getting into the Electronic Security industry.

If its a situation requiring a panic device, that device must be UL listed and VonDuprin wont list it unless its their power supply. VonDuprin (Allegion) was very hard on that issue until they came up with the QL option which is essentially a motorized version of the EL device; but it does not have the Inrush requirement. For this reason, you can use any power supply.   Others (Sergeant, Stanley) also offer  this device; and folks like SDC have have a  motorized kit (which i have a problem with) that can be retrofit into most exit devices.

Thanks for the UL clarification Jim!