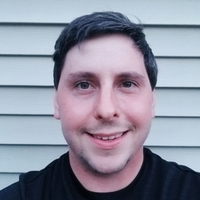 Is it something with price? Is the technology too advanced? Is there a market for it, given that thermal imaging is readily available?

Included is a video demonstrating a pair of NVG's:

What do you think? Is it not worth combining the NVG tech into surveillance cameras? Or is there a market for such a thing?

I'm sure these guys hope there is a market:

What about Speco Intensifiers, IPVM panned them here, but do they actually use Image Intensifiers or just the name?

"What about Speco Intensifiers, IPVM panned them here, but do they actually use Image Intensifiers or just the name?"

No, it's a regular sized Sony CCD camera. I don't want this thread to be sidetracked by a discussion on this because it's obviously not related outside of Speco's misusing intensifier as their marketing term.

The NIM is an interesting find. I am curious if there are other options like that available.

My understanding of photomultiplier tubes is that they can be destroyed by too much light. We used them in Vietnam in the late 60's - early 70's so they've been around forever.

There are apparently other means of getting extreme low-light sensitivity like Hamamatsu's EM-CCD (electron-multiplying CCD) technology. And the resulting picture isn't green...

Typically used for ultra-low-light astronomy but useful for other apps???

I don't know the answer, but cost vs benefit certainly plays a role.

That type of goggle costs what, $2000? And it is designed for intermittent use, like hours each week, not endless nights. Adding a version that operates every night for years may be too costly.

Slapping a costly (thousands?) extra onto cameras that already cost hundreds probably won't sell for widespread use very well. You can add a bunch of IR illuminators for the cost of 'night vision' tech.

Not to mention things like ITAR compliance restrict moving those products overseas (where most security cameras are made.)

BTW, I had a 1st gen 'starlight' NV monocle that I used for pig hunting several years ago. It was good for seeing in pitch blackness, but it wasn't very detailed even at close range. Pig = bright green blob running toward you.

Not to mention things like ITAR compliance restrict moving those products overseas (where most security cameras are made.)

The funny thing is that last I knew, the majority of night vision products available to the public used image intensifiers made in Russia, although that may have changed.

It is like leica rangemaster using to sniper at bad guys or neihgbors, then they turn around and using for weekend golfers to see measure distance to hole. Curtainly yes i think market has opening for such technology.