3 weeks ago Avigilon purchased Red Cloud for 17 million dollars. Exacq gets purchased for $150 million in cash by Tyco.

My question to IPVM is: Who will be the next company that gets acquired? It will be interesting to hear the speculation.

[IPVM Note: We are offering a $500 price to those who guess correctly. See details inside.]

Let's put a little money on this. IPVM will pay $500 for the right guess.

Each person gets to pick one company that they believe will be acquired next. The pot is then equally split among all the people who picked that (i.e., if 5 people pick Axis and Axis gets acquired, each picker gets $100 each).

You must comment / 'enter' in this discussion, using your real name.

When the next company is acquired (whether it's next week or next year), the contest concludes and we pay out. Payment via Paypal or IPVM credit, your choice.

Who's going to pick first?

Are you limiting the potential 'winner' to a company with a specific functionality (or size)? i.e. does the 'acquired' company have to be a VMS, Access Control or other 'major' player? Does a monitoring company who buys out a security companies alarm contracts count? What about a 'merger' where two companies 'join forces'?

Another also, which probably doesn't even need to be mentioned (but I will anyway) - guesses relating to one's own employer should be highly discouraged. (Just in case someone is a real idiot)

I just filed S-Corp paperwork for two security companies, "Security A" and "Security B". Then I sold Security B to Security A for $1

I just filed S-Corp paperwork for two security companies, "Security A" and "Security B". Then I sold Security B to Security A for $1

You're more profitable than Intransa!

John, perhaps we should make some stipulations so we don't have gimmicks here.

Company must be in business for at least 3 years and have revenues over a million dollars?

What do you think should be the parameters?

There's a Notorious B in every group.

My pick is Dedicated Micros.

Only manufacturers are allowed as entries and only those who have been mentioned previously on IPVM. 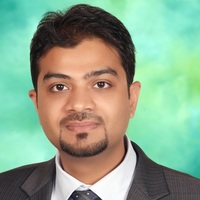 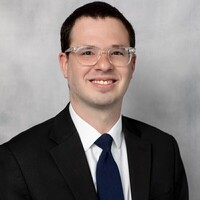 My bet is Genetec being aquired by Bombardier

Also, multiple people can vote for the same company. Hint: I recommend tagging along on Brian Karas' guess ;)

verint will be purchased by nice (if approved)

Re: Avigilon being acquired. Their marketing cap as of today is $617 million. Unless that falls precipitously, you have to expect they would not sell for less than $800 million or $1 billion, as acquisitions always come as a premium to market cap. This doesn't mean they are (or are not) worth it, just that you are going to have to find a very deep pocket buyer.

DotWorkz, for their awesome marketing department.

March Networks was acquired by Infinova at the end of 2011, though if March is sold off, that would count. Also, if Infinova is acquired, that would too.

I hope someone acquires the old GE Security (UTC) and makes it work. 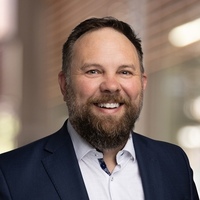 Why should Schneider sell Pelco?

Btw, I think Aimetis would be an attractive acquisition target for a big conglomerate. Aimetis has their own real technology in both VMS and analytics, they don't have a big brand (which conglomerates typically don't want to be pay for), and could likely be acquired at much more modest price than Exacq.

Btw, we looked at a Hikvision / Pelco potential deal earlier this year. If that happened, it would be a monster.

I'm in with Salient. (purchased by AMT)

Well, my vote for Dedicated Micros isn't a wish for them to go away. It'd be great if they could make a comeback with relevant and competitive products. I just don't think it's going to happen unless it's sold, and someone may want it for the ClosedIP security methodology, and as a segway to sell upgrades to what's probably still a large customer base in Europe. All speculation on my part.

Velayuthan, are you picking Hikvision to be acquired or for Hikvision to acquire ACTi? I don't think either are likely. Hikvision's market cap is ~$10 billion USD, so basically no one can afford them!

Yes I am thinking Hikvision (or) ACTi to be acquired by someone :) let's c

Wow, that's extremely specific! What do you have inside information? ;)

Pelco purchased by a very large Chinese manufacturer...and No not necessarily by HIKVision!

Honestly Hikvision could grab a few up if they really wanted to... They will keep being huge with just China as main buyers but if it branches it could grab a few of the 100Mill or so companies and take a good chunk of the market. or go for Avigilon or a large fish much like Verison did when they grabbed Alltel which im still upset about. Loved my Alltel...

I hope its no Avigilon I like there VMS and not a fan of Hikvisions. but we will see

Re: Dropcam. I am quite curious what the endgame for them is. My hunch is that they don't get acquired for a long time.

The practical problem is that their valuation is probably extremely high, as Silicon Valley multiples are vastly greater than normal security / surveillance industry ones. As such, I couldn't see any existing player making an offer they would take.

Btw, we are not accepting any more entries for 3VR, given their significant layoffs and rumored acquisition.

Those who have already entered 3VR (about 3 of you I believe) will split the $500 if 3VR is the next to be acquired.

However, everyone else, keep on entering!

milestone going to be aquired

That's the first vote for Milestone!

Dahua. Talk about a shot in the dark.

Someone said GE Security, I am going add to that to Lenel.

> Someone said GE Security, I am going add to that to Lenel.

GE Security was bought out by UTC in 2010 which included Lenel. Are you suggesting UTC is going to spin everything off like GE or just Lenel specifically?

Pelco.......... by Hik but then why they dont need to expand they can stay making that rev just in China and Asia so why wade into the more North America side and have compete when you have the easy win and 1/3rd of the human population to sell to..... hmmmmmmmmm

but If you want to stay #1 then you have to grow. so Im staying with HIKVISON grabbing Pelco

No reason for Hikvision to purchase Pelco. Schneider Electric is all about the integrated / full building solution, including security, no reason for them to sell - even if the idea that this is the NEXT deal, no way. Those negotiations, even if they would happen, would take quite some time. On top of that SE has made quite an investment in Clovis.

Schneider Electric needs something to fill in that redcloud deal... The last "Partnership" kind of screwed them.. I think they buy someone quick. 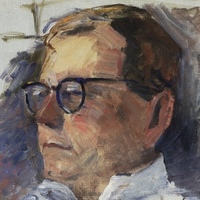 I also vote for Milestone...sooner or later it will happen.

Because financial investors must have exit strategy.

Genetec will go for IPO :)

I am going to go with Video Insight.