When You Have Hundreds Of Millions Of VC Funding, You Run Commercials On Airplanes

None of it is about video surveillance, which is to be expected given their ongoing transformation / shift.

However, what do you think of the commercial in general? How about the idea of advertising on airplanes?

One of the companies that handles in-flight advertising used to call and pester me at VideoIQ. Rates started around $25,000 for a 30 second spot for 1 month on domestic airlines, and went up to $100,000+ for larger internationals.

All in all, you can do an in-flight ad for about the cost of a smaller trade show (there are additional costs to produce the ad itself before you can run it). Of course, the audience is much less targeted than a typical trade show.

Karas, good info. Any idea how many airlines are part of this?

I don't travel much but it seems like less airlines have in-seat TVs and those that do tend to focus on charging for movies rather than running commercials. Is that incorrect? Any sense of how many views one would expect from such a commercial run?

JetBlue has TVs at every seat, but I don't recall them being part of it (and I don't even remember seeing ads on Jetblue flights).

Newer American long-haul planes have TVs at every seat.

All international flights have TVs at each seat.

Not sure how many views you could reasonably get, I don't remember those details.

Overall, the company pitching me seemed kind of desperate, I mean they were stooping to cold-calling a startup doing less than $20M in business in the security industry, not really a "big draw" kind of company/ad.

JetBlue has TVs at every seat, but I don't recall them being part of it (and I don't even remember seeing ads on Jetblue flights).

Newer American long-haul planes have TVs at every seat.

All international flights have TVs at each seat.

JetBlue actually has DirecTV, so you get the same ads you would elsewhere. There may be other ads on their video on demand, but for what it's worth, I've flown JetBlue five times in the past year, and don't recall it. 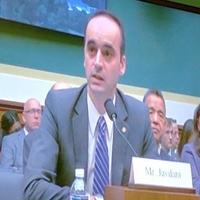 I get hit up from time to time by a company selling advertising on American Airlines flights.  I think their sales team started out by looking for consumer electronics companies that would have much broader appeal and somehow wound up in the electronic security sector.  They'd often pitch a company showcase type service on one of the business channels of the in flight entertainment.

Nevermind that in the last 5 years I've probably taken 400 flights on American and never once tuned in to the channel that they said I'm the target market for. 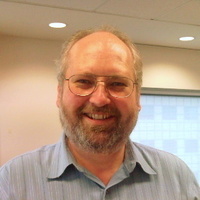 I'm waiting for the other line to drop (speaking of advertising), so let me do it for you all:

When You Have Hundreds Of Millions Of VC Funding, You Run Commercials On Airplanes. It's what you do!

(supply your own Geico commercial here)

And now my real reply:

I remember Pivot3 as ALWAYS having the most extravagant marketing machine of any IPVS vendor. Once, in 2009, they drove a bunch of us down from the faraway Red Rock hotel where Milestone MIPS was being held, in order to show off a mega-deployment at a Vegas hotel.

The drawback: No ride home! My $50 cab fare kinda made the really good sushi not so free anymore!

The conclusion: Pivot3 is very creative, but maybe doesn't always think their actions though. IPVS advertising to the general public has never been a thing (unless you count the Ring Video Doorbell) and likely never will be.

My $50 cab fare kinda made the really good sushi not so free anymore!  The conclusion: Pivot3 is very creative, but maybe doesn't always think their actions though.

All part of their marketing plan...

I agree. They are not properly targeting Their ideal market, they are making a public splash-wasted money in my opinion.  Whomever is  their marketing strategist should rethink it and focus on the buyers of their product and potential new partners not random folks on a plane. Even if you have lots of VC money, you still have an obligation to spend it judiciously.

"...should rethink it and focus on the buyers of their product and potential new partners not random folks on a plane."

display advertising (radio/TV/billboards, etc) are almost all sold at a certain cost per viewer that will potentially see/hear it.  Ad sellers try and quantify their subscribers/audience and then use these 'facts' to justify your spending money advertising with them.

While this 'readership' can be tougher to quantify for certain types of media - and, lots simply cheat and conflate numbers to make their stuff appear a better buy than it really is - airplane passengers (especially business travelers during weekdays) would generally be considered a more focused target group.

Those business travelers are clearly the target for Pivot3 here - not grandma flying to Dubuque, IA to for her granddaughters sweet 16 party.

to Undisclosed #2 - I understand the the display advertising model and clearly my comments are based on not knowing the intimate details of their marketing plan.  It's the conflating of the numbers and the "generally be considered a more focused target group."- I prefer much more directed targeting.

The problem is, finding a large number of targets all at one place is either:

b.  already saturated with competing messages

You are right that having a marketing plan is a must.  For ads to stand out (i.e. produce effective results) you have to be somewhat creative when a and/or b are in play.

Crazy amounts of VC monies increase the number of creative outlets available to the marketing strategist.

I just randomly came across this old discussion, funny considering their massive layoff this year.