What Type Of Social Media (If Any) Makes An Impact On Security Consumers? 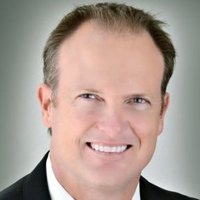 I see multiple posts every day on LinkedIn and Twitter from different manufacturers and integrators about a new project they won or a new update on their product line. I read a lot of these because these companies are my clients or prospective clients, but I'm not a buyer - which leads to my question

Do these types of posts make influence you at any stage of the sales cycle? If so, what types of social media make and impact?

Good question. When you say 'consumers' do you mean just end user buyers or would you include integrators or consultants?

Because my (and many others) answers will differ depending on such segmentation.

John - thanks for the question. I mean all three groups.

I do not think it has a big impact, but the 'ROI' is obvious if only because the cost is so low. Social media can be done very inexpensively. If a manufacturer has already done a case study or issued a press release the incremental effort to post it on social media is trivial.

Based on our own social media stats, there's not a ton of industry people reading twitter daily. An average IPVM tweet gets viewed ~500 times, according to Twitter analytics (and we have more followers than the average manufacturer.

Of those ~500 views, most are certainly existing IPVM members and overwhelmingly manufacturers and integrators (who seem most motivated to follow such things daily). I suspect the pattern is similar for manufacturers.

Because of that, it can be useful for keeping existing customers informed ("Look, my partner Pelco just did a school near us", etc.) but I think it rarely has sales impact.

For a bigger impact, do social media advertising.

What I would recommend is Twitter and LinkedIn advertising, which can be very finely targeted to expose one's offerings to new customers (e.g., see: Manufacturers, How LinkedIn Ads Are Working For Us).

Here's a neat tactic to try out if you are going after an enterprise account. LinkedIn lets you target by a company AND role (e.g., you can restrict an ad to only be displayed to security managers at Disney World). if you are trying to get into a major account or opening up a new market (e.g, cruise ships), you can use LinkedIn to increase awareness to just those specific people you want to reach. It makes them take notice of you, gives the impression that you are big and can be done very inexpensively.

I belive it does influence purchase decisions. Whenever i see a post, article or webinar about a speicfic installation and they are using equipment that I may specify or need in my designs, i have a better level of comfort with the product. For the manufacturer, however, it can be a twin edge sword: I book mark these posts and will come back to the user later... sometimes much later (in one case 2 years).... to see how the product performed and how well the manufactuer supported it. Also, if you have a savy user, you may pick up a caution or two about the way the product is installed.

I would say that how social media is used can have a larger impact on security consumers than which platform someone or some company chooses to use.

For example, I find that lots of companies (and employees of those same companies) tend to use social media as a broadcast platform - i.e. the "Hey, look how great we/our products are!" old school-style...like print/radio/television.

Good social media schemes should promote interaction with current and potential customers while attempting to add/create value for same. IMO, too many companies take the broadcast approach because it is safer, easier and results can be more readily tracked to justify costs.

IM(2nd)O, companies that use social media schemes that don't even attempt to go beyond broadcasting aren't interested in adding value, but are just doing what they do because they see eveyone else doing it.

Can you do some broadcasting via social media? absolutely. But this should not be the main goal.

No !, Just give Fyi as to whos doing what and whats going on in industry