What Should We Include In A Panoramic Camera Shootout?

Reply Edit
Delete Create Issue
Create Topic
Ban post
IPVM | 12/27/12 12:52am
We are putting together a panoramic camera shootout and are planning what cameras to include and how to test them. I am using this forum to discuss this.

Reply Edit
Delete Create Issue
Create Topic
Ban post
12/28/12 03:41pm
Is this just the camera or the VMS integration as well? It could be the best camera in the world but without clean integration into a good set of VMS it's not going to help much.
Reply

Reply Edit
Delete Create Issue
Create Topic
Ban post
IPVM | In reply to Steve Sabatino | 12/29/12 12:42am
Jason, VMS integration is very important for 360 cameras, especially since so many have limited third party support. And even among those that do, the usability could vary dramatically. We definitely will examine that closely. The question right now is whether we should even consider cameras that have little to no third party support (e.g., Mobotix).
Reply

Reply Edit
Delete Create Issue
Create Topic
Ban post
IPVMU Certified | In reply to John Honovich | 12/29/12 08:06pm
When we talk about single lens Panoramic cameras, we usually touch on the following: 1. OnCam/GrandEye 2. ImmerVision (3rd party lens) 3. ACTi 4. Vivotek 5. Pixord 6. Axis The other one that comes up occasionally is the Sentry360. I'd be really interested to know what you think of all of those.
Reply

Elliot, Good list. We should definitely test ImmerVision. I forgot to list them. I hope the 5MP will be out, but it keeps getting delayed. If it's not available, we'll just test the 1.3MP lens. I am not sure what to do about OnCam/Grandeye. They were certainly a pioneer but they've really seem to fade away over the last few years. We did test them a few years ago. As for Pixord, what's the positioning of their offering? Like Vivotek and ACTi but cheaper? We tried talking to Pixord for months but they could never give us a clear answer about how they integrate with third party VMSes. What has been your experience?

Now, I know panoramic cameras have truly gone mainstream - I am getting spam from no name Chinese vendors a couple times of week .See: 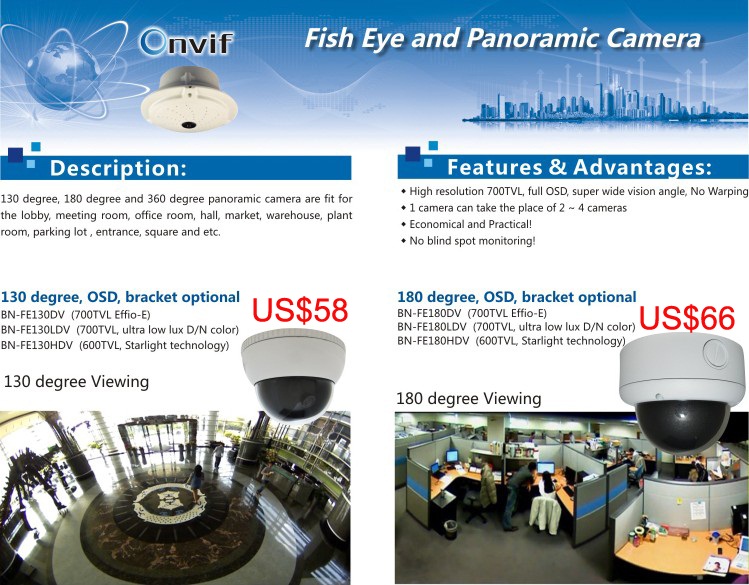 I am really confused why one would buy an analog panoramic camera. How do they expect to dewarp it?

Update, Ethan is prepping the cameras for the shootout. Here's what the rig looks like: 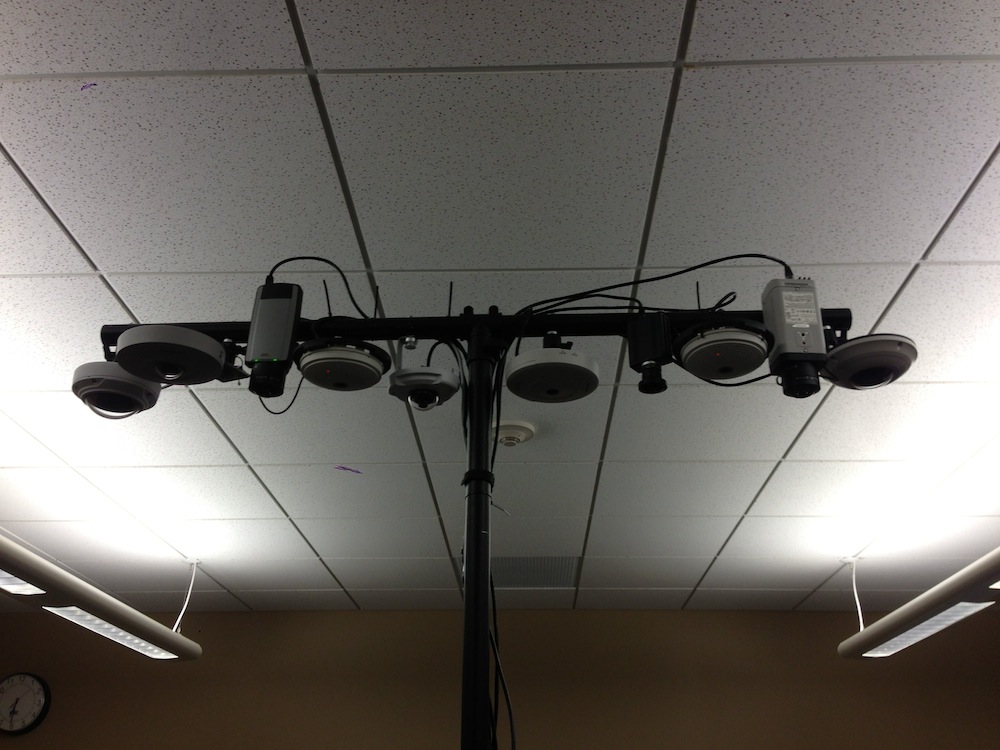 Those cameras, in order from left to right, are:

*The CH240 is running in 3MP mode, and technically not an approved camera, since the lens is only rated to 1.3MP. But I was curious, and we're going to test it with other cameras in a strict ImmerVision test, probably starting with a Sony CH120.

Side note: those two purple lines (top left and near the center) are actual bad pixels in my iPhone camera. Can't tell you how annoyed/sad I am about that. 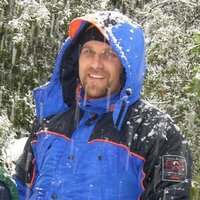 Its a bit late, but Samsung makes a nice 360 camera, we use them all the time.

Also, shout out to the manufacturers who put 1/4-20 threads on the bottom of their dome cameras. Even though I don't see much practical use for them in the field, it definitely makes my life easier!

Probably a bit late now (didn't see this thread before) but 3xLOGIC has at least one panoramic model (which I believe is a rebadged HIKvision).

Ethan, I actually found the 1/4-20 mount VERY useful on the Axis domes we installed recently... so useful, in fact, that we modified the CNB domes used in the same site, to add the same threads :)

Please consider including the Bosch Panoramic 5000 and 7000 series cameras.

also, i've seen lately some new panoramics with integrated IR and i guess that would really help during night, at least indoors (probably not that powerful for outdoors) ..does any of the cameras have LEDs ?

Since panoramics / fisheyes tend to be so bad in low light, using integrated IR is generally beneficial.

Did I miss the results? And just wondering why a monochrome? What would that bring to the table as far as how the hemispheric work? Just curious...

This test was actually done a couple years back. We've done some updated cameras, with the latest (I think) being the Panasonic 4K panoramic. We're hesitant to do a lot of panoramic testing because members have simply not been very interested and readership has been relatively low. But if something fundamentally different comes, we take a look at it.

We tested the Mobotix monochrome at the time because they were not true day/night. You got a Q24 color or a Q24 monochrome. The monochrome was slightly better in low light since it took in IR light, but not drastically.

We've installed a few different models of panoramic cameras. The Samsung 7010 and the Dahua IPC-EBW81200N.

We have the Dahua in both indoor and outdoor deployments. The Dahua works better in low light as a color camera in the application we are using at. We have it on the corner of a building. The IR reflects off the building when on and tends to really darken other areas in the view. Leaving it in day mode 24/7 actually gives a nice image.

Both the Samsung and Dahua work well indoors. You just can't expect it to deliver much detail in larger rooms. 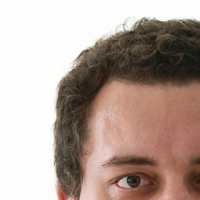 John you might also consider adding some of the Arecont Panoramics. Their 3rd party integration is not as bad as some of the others we have seen.

I know I'm late to this, but it would be great to see some higher megapixel units (12MP). I know you've had a couple in the past, but it would be nice to compare these units to each other vs. 12MP and the 5MP models. Along with this, it would be nice to keep updated on which received VMS integration later that may not have at the time of the review. Maybe just an update section of the website where we see amendments to original reviews?

In addition, it would be nice to see the new arecont omni G2 series as I keep praying they will one day get it right. The idea is fantastic, execution leaves me disappointed almost every time.

Overall I do appreciate the increase in testing you guys have been doing. This is what originally attracted me to the site and I review about all of them I can; I find them extremely helpful and often times saves me from having to purchase myself.