What New Cameras Should We Test? Spring 2014

Now that (most) new announcements have been made for the first part of the year, it is time to evaluate what new cameras IPVM should be testing.

Keep in mind, though, that a lot of the products announced may not ship for 6 months to a year.

Those are 4 that really stand out to me.

Feel free to share your suggestions but you must explain why you think it is worth testing, like I did above.

We recently tested both the 720p and 1080p WiseNet III models. As such, testing the 3MP ones is a low priority since it does not add much new information.

However, we have just finished testing the Samsung panoramic and will be releasing results of that on Wednesday the the 9th. 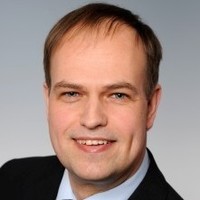 Messoa LPR615 tested as one out of their new IP Traffic camera line.

Dahua DH-SD59230S-HN, general nothing new technically speaking, but with everything you might need from a speed dome (fast, IR, PoE+, WDR, Privacy masks, ONVIF...) - curious to see result and price.

I think integrated IR PTZs would be an interesting category test. As I recall, Dahua, Hikvision and Samsung sell them, among others.

The Messoa seems interesting as it claims to do LPR though it appears it is not shipping yet, yes/no?

I second the IR PTZs, we recently installed one of Hikvisions at a construction site and it seems to work well. We have a few problems with their value series but they released a firmware update that fixed them. I would really like to see how it compares to others on the market, at our office we have an Axis Q6035-e it works well in our parking lot with all the lights on but obviously when the lights are off (like at a construction site) its almost useless.

Messoa LPR615 tested as one out of their new IP Traffic camera line.

The LPR615 looks decent but a word of caution about their claims in general tho, since Messoa is one of those mfrs. who think its ok to advertise cameras as zoom= optical zoom x digital zoom.

Which is something I thought has been pretty much eliminated.

Similarly, their 'LPR' marketed camera looks to really just be an 'LPC' camera.

John, right. They name it LPR, but in fact it's "only" LPC. Anyway, the SCR515PRO worked quite well in some projects, especially by solving the headlight problem.

I was gonna post my interest in seeing a Messoa LPR test as well; especially after getting a chance to check them out at ISC West.

I've had fantastic luck with the Geovision GV-Hybrid 10R after reading about it in the latest IPVM License Plate Capture Shootout 2014 recently. Certainly a full IP LPC/LPR, especially one that could theoretically stretch out to 300ft, would be great to compare it to as well.

I just learned the Messoa LPR615 is one of three models and is the long range one that requires that a seperate IR illuminator.

They have three other, shorter range models, one requiring AC (LPR610) and another strictly PoE (LPR605) which are supposedly out now while the 615 is still listed as coming soon.

I actulaly would rather see a test with the 605 model aganist other current offerings because to me the shorter range is the majority of requirements.

So the industry is finally getting off it's collective butt and putting out more IP connected tag cameras.

04/06/14 05:05pm
It would be interesting to see a 4K shootout but of established companies (not just Axis and not random Chinese companies) ... Maybe IQinvision and similar.
Reply

IQinVision has been in decline for years, and does less than $20 million in revenue. Merging with a company even in worse shape does not bode well for them.

I think a shootout would be worthwhile but IQinVision is a low priority because of their poor overall market position.

As for notable / large camera manufacturers, the only other (beside Axis) announcing 4K is Bosch. Because of that, there will not be a lot of cameras available anytime soon for a wide shootout.

We will see who ships first (of the larger players) and start with an individual test of a specific camera against 1080p / HD ones.

Actually don't know. I only read about the Dinon awhile back, but never got to use any. I'm just thinking with more IP LPC camera models coming out, it might be time to compare the different models.

Last I looked the Bosch IP LPC was around 2 grand. I'm sure they weren't selling them by the truckloads.

You up to doing another tutorial? I think the discussions show a clear pattern: a need for a tutorial on standard troubleshooting procedures and best practices. You know, the care and feeding of your basic surveillance system.

I've been rereading the 2014 Camera Fundamentals book again. Have I told you lately what a terrific value it is? Well, it's awesome, but adding a troubleshooting guide would make it even more awesomer.

Ari, thanks, note the Fundamentals book is only half of our overall IP Camera Training guide.

I didn't see the troubleshooting tips article! So, yeah, something like that.

I would be interested in seeing some of the new 360 single lens cameras. I think Vivotek, Geovision and Hikvision have all realeased one or two. I can see how they would be good for many of our customers but want a good shootout to see what's best! Depending on how well these cameras work it could be a huge advantage for customes and integrators on a tight budget looking to cut costs on labor.

John, we tested 8 different manufacturers 360 cameras last year and we are releasing a test of Samsung's this week. Becuase of that, I am not sure how many more 360 cameras we will test in the near future, unless there is something clearly different (unique, major feature set or huge price drop, etc.). For instance, the Samsung panoramic is $300 street price, which is very cheap. We'll also test the Hikvision but the integrated IR one because it's differentiated.

As for Geovision, we finished testing their 'super low lux' minidome and will be releasing the report next week. We probably won't test their panoramic unless, as above, there is something clearly different from all the panoramics we have already tested.

John, thanks, still new to the site and learned my way around.

John, i would like to see an update on the 360 camera tests showing at what level the functionality is integrated in to different VMS's like Genetec, Milestone corp and so on...

Endusers are asking for the 360 cameras to preform as a "solid state " PTZ within the VMS. Im guessing the level of integration varies quite a lot between camera manufacturers and VMS supplier.

I could see this function as a good way to monitor rooms whitout loosing information like you would with normal PTZ. But i needs to work with in the VMS client on both live and recorded video.

A test of VMS support for 360 cameras sounds worthwhile.

IQinVision employee, you have to disclose your affiliation. Also, your comment provides no rationale about why it would be interesting or useful to a broader audience.

I'd love to see some test with tiney box camera's. And/or spy stuff.

I occasionally do some work for our internal detective department. I'm sure some others here do similar stuff as well to find them stealing collegues.

Rogier, do you have any examples of such cameras you are interested in testing?

Jason, don't post a pointless promotional comment. One, it makes your company look bad. Two, it wastes all of our time as now everyone in this thread got an email from you.

I am leaving this up as a reminder. Do not respond to this thread. If you have a problem, you can email me directly at john@ipvm.com

04/14/14 03:33am
I'd like to see the new arecont quad mini lens 12mp against anything like it or even against the older Arecont 12365. I'm hoping the bandwidth has improved. Axis is also supposed to be rolling out a multi lens. We were extremely impressed with the Samsung SNP-6200rh ptz with focusable IR. The IR was solid even past 150ft though I wish the IR didn't need 24VAC.Otherwise it's an amazing Cam, The new Axis 5mp low light and their claim on the Q6045 pulling plates at 1000M
Reply

Great detail with HDTV AXIS Q6045-C has a wide horizontal viewing angle at 62.98° and twice the resolution of HDTV 720p. The camera’s 20x optical zoom, in combination with HDTV 1080p resolution, provides extremely detailed zoomed-in views, enabling, for instance, the license plate of a vehicle to be read some 275 m (900 ft.) away. AXIS Q6045-C offers the same video quality as AXIS Q6045-E.

Sorry I meant feet not meters. Still at 800ft i'd like to see what a non manufacturer test would look like and at what happens when it gets dark.

At night, ALL PTZs range diminishes. Obviously, low / poor light is one factor. The other key thing is the much higher F stop at the telephoto end of the zoom. For instance, the specs on the AXIS Q6045-E are f=4.45–89 mm, F1.6–2.9 so the telephoto end (89mm) takes in ~63% less light than the wide end (4.45mm). This is irrelvant during the day but at night, this alone will significantly drop range.

This is exactly why i'd like to see the test done. The quality is of course reduced at night. The question is to what extent and to what extent compared to similar PTZs. I rarely find anyone only wants to use their cameras in the day, so night performance matters on most cameras even if they are not a low light cam.

What about testing Edge software on board cameras.

This would give a good indication about how valid this kind of a solution this is.

Maybe testing other smaller manufactures as it is often that your test result shows that it is not at all the top 5 players out there that actually makes the best solution and have the best images quality.

So an IQinVision employee recommends testing IQinVision.... and goes undisclosed to boot, to hide it.

Please stop manufacturers. Each time a manufacturer employee does something like this, it makes us think less of the manufacturer. You are not helping.

as you can see i am posting a request to test several other manufactures and not only IQeye.

I am just not a fan to show my name doing this as a employee of IQeye, I am sure you understand.

But i will follow you advise and next time show my name also for test request from other suppliers.

Have you ever tried TBT Korea IP Cameras, they have a nice 360 IP Speed Dome

Carlos, I have never heard of them. However, their IR turret PTZ looks interesting / different (though SD only) 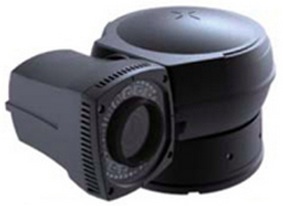 Though in a rare reversal the cameras would seem at first look to be only digital ptz, though they are as you say 30x opt, maybe someone should tell their marketing dept?

It looks like they have real optical zoom. This is from the spec sheet you linked to:

I agree, I saw it too, on page 2. I actually was not being sarcastic for once when I said someone should contact their marketing dept.  This is page 1 of their spec...