The Worst Business To Install Surveillance?

Reading the bank surveillance thread got me to thinking. What is your opinion of the worst business environment to install a surveillance system? Just by the shear openness of the business and lack of any communication my vote would be a car wash. A car wash is almost never attended and is almost always a wet environment. They will always need lens covers cleaned from overspray if you install anywhere near the bays. There is usually no way to move the cameras away from the bays to keep water and dirt off of them. Maybe install a few poles at the vacuums?

I would definitely install vandal resistant domes and conduit to each camera. Megapixels would be a definite requirement especially for forensic recording purposes. I would also try to have a camera facing a camera to protect them.

Offsite recording is best if possible. If on-site recording is the only recourse, I would suggest an armored DVR box and might even find an old computer to use as a dummy. Of course you would need a camera on the change machine but again it would be a wet location and vandal resistant. It would also be best to position it so the face and currency denomination inserted was recorded but this would be easily countered by anyone with a can of spraypaint. Do these machines support Point Of Sale?

Home Owner Associations. While they've been plentiful they are a pain in the butt to deal with. Constant haggling, take's an eternity to make a decision, always someone on the board with an ego who's an "expert" or knows someone who's an expert in the business so they know what they're talking about more than you. (They don't.) Nobody looks or touches the system after it's installed, but they'll raise holy hell if something isn't working like that camera that got vandalized maybe a year ago and nobody notice. They always want the cheapest option and fewest number of cameras that are overlooking everything, then act surprised when they can't zoom in on a picture and count the pimples on that kid's face who broke the club house window.

Car wash and condos are both great choices.

Last year, we had a LinkedIn discussion on car washes and here was a few recommendations:

Always having to clean the lenses of the housings .

In my past the car wash was a great job, the HOA sites are great .

While I definitely have some history where the customer was aggravating, I can say I'm lucky enough to never have had to deal with carwashes, dumps, or sewage pumping stations in August.

My worst job ever was when I was an apprentice electrician and I had to work, rewiring a sewage treatment facility while active & climb into the tanks & containers.

So Glad not to work there anymore.

If you take a sewage plant and cross it with a prison, you get a stockyard.

In my experience, stockyards are the worst. 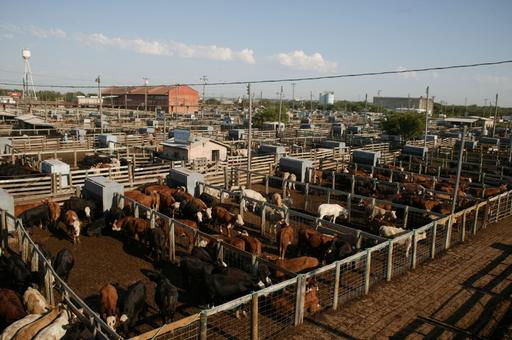 Wow, some of these are pretty scary!

Gotta say, from my own experience, restaurants and similar places can be a real hassle because most work (especially in public areas) has to be done after-hours, meaning for major work, you're coming in at midnight or so and working through the night, sometimes in a crunch to get cleanup done before they open. If you have to work in kitchen areas, it's usually a couple more hours after closing before the staff are cleared out, and they generally come back 3-4 hours before open, giving an even tighter window of access... and make sure you have anti-slip soles to avoid landing on your arse!

On the bright side, sometimes they feed you :)

The condo/HOA/strata thing is a whole different kind of nightmare because they can be ongoing - considering someone always seems to know or BE an expert, they tend to be awfully needy. Worse can be if you're taking over someone else's work on a system that hasn't been maintained or serviced for a long time - they call you because things are STARTING to fall apart, but once you've been there, everything else that fails is YOUR fault (and obviously then, should be fixed for free).

04/18/13 02:05am
Jails... not a friendly environment, tool checks in and out, requiring an escort to go anywhere, hard to run out to the van for a tool or part, slow installation.
Reply

I think the worst for me personally was a steel place. Hard to describe but they take the raw lengths and cut them down for what ever, fencing, beams, custom stuff.

Dirty as sin, their afternoon shift didn't seem to care about safety as they nearly knocked me off the lift twice with their crane (after discussing with their supervisor that no one can use the crane, he agree, didn't tell his workers apparently, or listen to 3 people yelling at him to stop)

This spring I get to do a couple cameras at a waste lagoon, we'll see how that goes haha.

Another "worst" has been medical clinics, atleast in my area, tons of people walking back and forth, and narrow hallways. Soon as you get up the ladder, you gotta crawl down because some one just has to go down that hallway, and only that one. Haha

fast food restaurants i have found to be the most difficult... typically overcrowded everywhere you go... there is a big window that is considered "lunch rush" that typically all but shuts you down for that time period... above the ceilings it is typically crowded with conduit, hvac and fountain pop lines that it makes it really cumbersome to run wires... no matter what you are doing it seems like you are always in the way and the jobs always take longer than expected...

Don't forget the rats in the ceiling. Usually they're benign, but when it's mating season... look out! :)

And their poop is never ever benign.

Worst for me was a design for a food packing company that was also a smoke house. It involved the installers to suit up head to toe and crawl above the hard capped temp controlled area that was full of smoke meat grease, FULL. Then the penetrations had to be made with absolute precision (after hours) with no mess left behind. To cap it all off the work needed to be done in the SUMMER and the burnt smoked smell does not wash off for days. I turned the work down and never looked back.

Yep they tell me camera work at an Abattoir is the worst as you will never get the smell off.....ewwwwww.

For me I'm like undisclosed.... Prisons are the worst and for all the same reasons. I don't miss working in these places but most importantly not working on Cell Cameras. Yep these were installed in the cells of vunerable and disturbed or at-risk prisoners. Cleaning and working on these was NOT good. I'll leave you to imagine what these things were covered in....suffice to say it boggles the mind and I shudder with the thought as I type this out .....

Hmmm come to think of it, an install at a bottling plant was pretty hairy. It was August, we were running cable along the Q-deck, and it was unbelievably frakkin' hot up on top of the lift... so we scheduled all that work for the graveyard shifts when it was cool(er). And as with so many warehouse-type sites, the dust and crud built up on the beams and wilson joists was that grainy, grimy, sticky crap that attached to everything and refuses to wash off.

And then there were the forklifts - the plant operated day and night, and being the main distribution point for Western Canada, trucks were getting loaded through the night for early morning departurses. And man, those forklift drivers were INSANE - picking up pallets stacked three and four high and zipping around IN REVERSE at top speed. Every now and then we'd have to have them move six-high stacks of pallets to access different areas, and that just seemed to piss them off.

The last stage was mounting the outdoor cameras... during the day... on a south-facing wall... that was all (dingy) white. My co-worker did almost all of that part from the zoom-boom while I worked inside fishing wires through the walls to him and mounting up the switches in various ceiling areas. Poor guy ended up looking like he'd taken a two-week trip to Cuba, he got so much sun reflecting off the building all day.