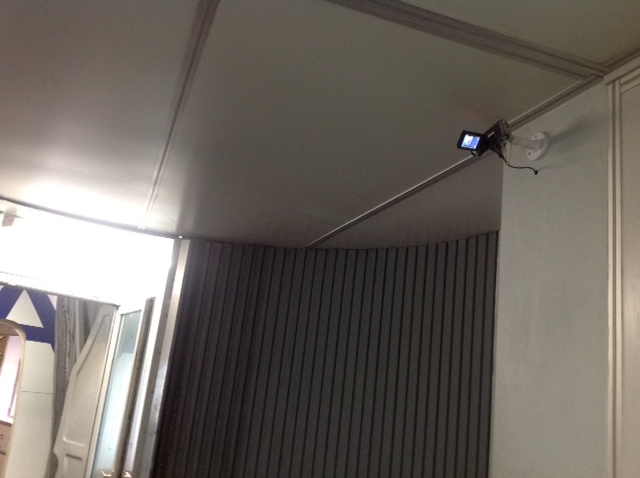 This is at an airplance entrance and there's a camera recording but it looks like a consumer handicam. Any idea why? Seems like a weird choice.

I found an even OLDER consumer cam used for surveillance over the weekend. 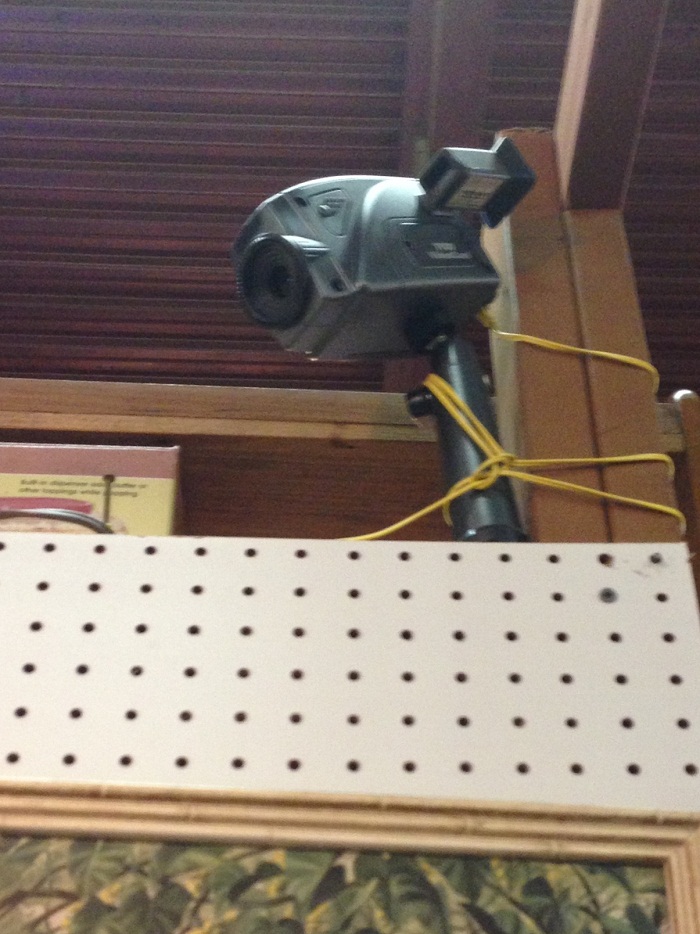 What looks like yellow cord used to tie the camera to the framing is actually its cable(s). It seems that this is actually running back to another recorder, because it looked like there were power and signal cables connected. It could've been a fake-out though. I actually wouldn't be surprised if it were completely fake.

What better use of a camcorder found on the lost luggage...

Some camcorders have some pretty impressive low light and WDR performance. Combine it with an HDMI encoder (like this: ANT4000_flyer), and it could work with most VMS's.

If it is a camera that needs to be frequently re-aimed, then the viewport would be handy.

Not saying I would do it, but I wouldn't immediately right it off as crazy without a bit more investigation.