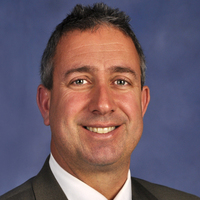 I need a VMS solution that will accept an output door alarm event from a Continuum access control system, create and export via email a video clip of the alarm activity associated with the named door alarm incident. I was lead to believe that Honeywell may have this capability. I checked with Schneider Electric and they said Digital Sentry was not capable of performing the function and that they knew of no VMS that would.

I am not familiar with Continuum access control but if the system can send serial commands on an event then you could integrate it into any VMS system that accepts serial commands. I know Exacq could do this and i almost sure Genetec can however I have never done it with Genetec.

Here's Andover Continuum's third party support list, which has various integrations with chillers, pumps and elevators but no recorders that I can find.

Brian, can you look into this?

John - That simply isn't true. The integration between Continuum and DS is fantastic.
DS simply doesn't have a feature that allows for video export on alarm over E-mail.

I asked a question, Chris. My question isn't true?

Chris, what other VMSes does Continuum integrate with? Do you have a current list?

Btw, the 'export' part is misleading. All the VMS needs to do is send an email with a video clip correct? It's not exporting to a CD or something, right? Lots of VMSes can trigger emails with video clips based on an event.

I do not have a current list, but I know I have seen Genetec Omnicast, DVTel Latitude.
I use the word Export because DS would have to change the format from its native to something a cellphone could display prior to sending the E-mail.

I would also be curious, if there is a door propped open for a weekend in front of a 5 megapixel camera how an E-mail server / Cellphone would feel about receiving such a large file.??

I would guess (not sure if anyone does things like this) the proper way to do it would be to include a link to a webserver / Cellphone app that would then stream the video from the server. I would then be able to attach alarm information to that page / app as well...

Thank you for your response. Is it possible to make the video clip and have it parked on a dedicated drive somewhere on the network versus having it emailed? This would be sufficient in that investigators could simply go to that location to investigate the alarms and cause.

With respect to the question about a 5 MP camera in front of a door, that seems excessive as a standard definition camera can produce forensic quality video for that scene. We would not have a 5 MP in play for this scenario.

I know VideoIQ cameras have I/O terminals on them. They do not email clips, per se, but email a link that plays back a clip of video associated with an event that resides on the camera.

Frank - I didn't mean specifically in this instance, but any VMS not capable of transcoding video. Its a trending issue right now where the access client isn't capable of displaying high res video.

Just to be sure, you know there is a feature in Digital Sentry that allows you to display a list of alarms and their associated video correct? As far as exporting video, I really thought this was a Continuum function (I'm on the pelco side). I thought it had to do with the media player in Continuum not playing the DS Native format. Continuum adds a ton of function to DS, thought this was one of them.

?Basically, you get an E-mail with a picture of what caused the alarm. Then the video associated with that alarm is in a nice list inside of DS. You click the alarm and you are watching video. Its also in the Continuum alarm list.

If you want, E-mail me your location Chris.Lobozzo@Schneider-Electric.com as well as the name of the Partner and I'll get someone in touch with you tomorrow to explain the features a bit better (I know we do not have the best documentation for some of the DS Features)