For years we have installed aiphone intercoms, we have been getting a lot of requests lately for video intercoms. Does anyone have any recommendations? I have seen Comelit and Dahua have some, any thoughts?

Video integration with VMSes is still sketchy with many video intercoms. The first question I tend to have is "Does the camera need to record/integrate with a VMS?"

If video intercoms do not need to be tied in to video management and a direct base station <---> door station system is okay, I think the answer changes.

Which type do you /your customers prefer?

Most of the inquiries that come in about this are small daycares, we have been using door station to master station systems. No integration with VMS, just something simple.

I have used aiphones JK, and JM series, they are ok for small applications. They aren't too horrible to install and daycares/schools really like them, but when you need something with some distance/distribution ability, regardless of what their documentation says, aiphone is not your go to product. They have some wicked distance limitations, and you have to cobble together distribution extenders, and home run vs. a daisy chain and when its all said and done, its more hassell then they are worth, and its hit or miss if the thing will work. I have yet to find a good true IP intercom system that just works like it should. In the audio only world we have used a couple Stenofon Turbines, and I will say this they worked pretty good, and they tied into the customers IP phone system, which could forward to a cell phone after so many rings, which was great for a daycare because they sometimes take the kids outside. The audio quality was really good with them, and their noise canceling worked well for the truck scale application we used it on. But those things aren't cheap, but they were by far the coolest intercom I had the chance to install.

I only had a single customer ever want the intercom camera recorded, which we actually set up through the VMS using an Aiphone device then tapped an encoder on it, but they just wanted something quick and simple. I would like to know what the rest of the group is thinking.

There are no good video intercoms on the market. Aiphone is the best one there is.

Not sure what folks are disagreeing with here, maybe that Aiphone is the best there is but that isn't such an outrageous claim because there isn't much competition. The Axis units are about the only other one with a half descent camera. An analog pin hole camera is a total joke.

We have built our own with either a voice only intercom (point to point) or a phone based product for more flexibility and then added an Axis F series camera. Luckily most of the installs already have a VMS so displaying the video on existing screen works well.

I`m looking for some good alternatives to Aiphone.

The VDP from Dahua is pretty good now, but they do not support daisy chain/serial connection. So for upgrading old systems it gets to expensive because it will require new cabling. In new buildings where you can plan ahead and make room for the "hall switches" its very good. Nice price, easy install and reliable over time.

But the market for upgrading old audio only intercoms is very large, and in this market require a system that support daisy chain connection to use the existing cables. Someone here who know about other systems besides Aiphone who can do that?

No experience actually installing it, but have used it visiting people and seems to work quite well.

Currently in a similar situation where the following is requested:

Someone  at the door rings the X-Intercom. There is a camera constantly monitoring this door ... it can be used thus for the Video portion of the communication.

Receptionist sees the person and converse with that person.

Open the door or not.

Customer needs all this to be recorded and of course to be searchable as an event. VMS is Milestone Xpress. ACS ISONAS, cameras are Axis. 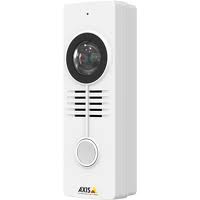 In our case the intercom had 2 outputs, one was the attendant contacts to alert the operator/bring up video, and one was wired to the access control to open the door so they could remotely grant access

I disagree there are no good video intercoms on the market-- I think commend has really good intercoms plus they have both an exacq and milestone integration. It's not true that the video intercoms don't integrate and they don't integrate well. I think the problem is most dealers on here only have access to ADI/SS/Anixter rather than a full dealer restricted line which is where the better product is.

The Axis intercom I posted has very good video.  1080P and 180 lenses with SIP integration.

I originally started this thread two years ago, and in that time we've sold a lot of video intercoms and haven't been too happy with any of them, our clients have had no complaints, but we're just not entirely happy with what we've installed. This is what we've been throug. Aiphone is too expensive and doesn't work well enough to justify the price. Comnet low-end video intercoms work well, but any of their "high end" equipment hasn't worked well for us. They try to put touch sensitive "buttons" on both the door unit and the screen inside, and they don't work reliably. It's hit or miss. The Axis intercom is pretty nice and works with our VMS, my issue with it is they don't have a mountable wall screen dedicated to answering the video door bell, and it's way too expensive. I realize we could just put a SIP phone on the desk, but most of our clients want something simple mounted on the wall for aesthetic reasons. Using a VMS to answer the intercom isn't always practical, but we can do it with Spectrum. Door Bird is cool too and less expensive than Axis with more options. I think they're going to do well in this space if they keep it up. Again they don't have an indoor monitor station, but they can do SIP. I've thought about installing a small tablet on the wall and running the app on it, but I'm not too keen on the idea. Finally, Hikvision dropped off three demo units the other day, and I've got them sitting in my office. They have door stations, desk stations but they are not ONVIF and do not have SIP integration. They do work extremely well as a system standalone system. I am impressed with the build, picture and audio quality of these units.

If you want a wall hanging unit just mount a SIP video phone on the wall.  If you find a video intercom with SIP and better image quality than the Axis please let me know as we have seen a lot of traction with them. 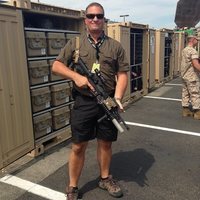 Any thoughts on 2N? 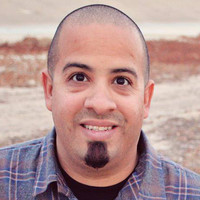 At this time I think Doorbird does the best job overall but it only offers 1280x720 resolution and doesn't have the ability to add additional chimes(possibly coming Spring 2017) to a home or business so you don't have to rely on the app or SIP device. Otherwise it's an attractive, well made offering that has great support, many I/O options, ONVIF and SIP compatibilty, and even WiFi connectivity for retrofit installations. Take a look at the specs and let me know if there is a better option as I'm always on the lookout in this space.

What is the FOV on the Doorbird cameras? Do they have a full fisheye option?

The DoorBird uses an ultra-wide angle hemispheric lens (180° horizontally, 90° vertically), ensuring that even with a person at a minimum distance of 50 cm from the DoorBird, a low mounting height would be sufficient. As a result the lens is also not mechanically adjustable. The camera lens should be located at an altitude of at least 125 cm. It is not possible to mount the device horizonal or to rotate the camera module.

Not as full featured as the Axis A8105-E but offers a wide range of styles, WiFi, and costs less than half as much. Definitely like the Axis offering and will consider it when hardwire is an option.

It is definitely more of an enterprise product ($$) but Stentofon makes fantastic products. Many of their door stations actually use Axis cameras so they might even meet Michael's standards. You'd think Avigilon moved into the intercom market the way he talks about it. :)