We have an opportunity to provide a flood detection system. We found this company in Australia.

I was wondering if our experts have any feedback on this solution.

Thanks for sharing. That's interesting. I have never seen a video system like that.

Btw, for members, here is a picture of the setup: 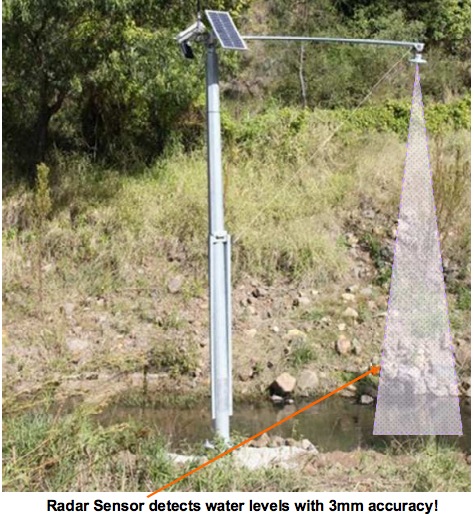 I am curious what other technologies are out there to do this, seems like overkill to use video but I don't know.

The video is not used for automatic detection. Seperate radar system detects water level which then triggers high-speed imaging if over threshold.

Seems tricky to manage power correctly in a solar environment. If for instance, system is triggered at night into high-speed mode, the LEDS and the camera and the extra data transmitted would cause a significant power increase. Depending on the available solar charge, it would be advisable to shut/slow down the camera at some point?, to maintain the radar sensor as long as possible. How is that managed?

From an engineering point of view, there are much simpler ways to alert on rising water.

Consider an industrial float switch, like the mechanical type explained below:

Instead of kicking on a pump, have it send an alarm via contact closure. You can get these units for less than $50, and you can find ones that pull less than 500 mA. 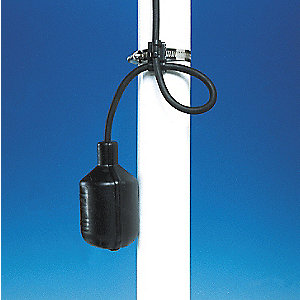 Does a float switch measure the actual level continuously, or just trigger when 'floating'?

In my experience, they work like limit switches - no monitoring, but only trip when the level reaches a specific point.

I know a common application uses a series of these switches for coarse level monitoring, ie: one hung at 10 cm, another at 20 cm, and so on. But no real time dynamic monitoring.

About 12 years ago, we had deployed 50 DVR's on a network in Florida. During Hurricane season we were trying to figure out how to tell when water from the storms was getting into the building. (it typically would come in under the door first). We had each manager place a small rubber duck on the tile floor. When the duck started moving, we knew we had water and we knew where to deploy the recovery teams. Worked well until we lost power.

You would need something that could determine levels. This looks like a good one, with no contact or potential for debris getting caught in mechanical sensors. I designed and tested a system a few years ago to measure solids in storm water drains. Used a monitor device with a Verizon telemetry plan that activated once per day with a low power timer relay. I could get a year of monitoring on one purpose built battery ( all had to be underground). In the system shown, I do not see a battery, so I assume it works with small solar panel on sunny days only. It seemed to me you would need to figure on nighttime monitoring, also. The long sidearm could probably be removed by working in trigonometry from the sensor attached to top of pole. I would wonder if you could work the reading farther away outside of the runoff basin ( which would get you 120 vac and video jpg uploads) with radar or laser measurement technology. If you had a real flood ( like up here in Maine) and that device was mounted in the flood area, it would be gone when the flood occurred. Seems like it would need to be mounted on bridges.

I don't see the battery either, though since it's Li-on it could be small... 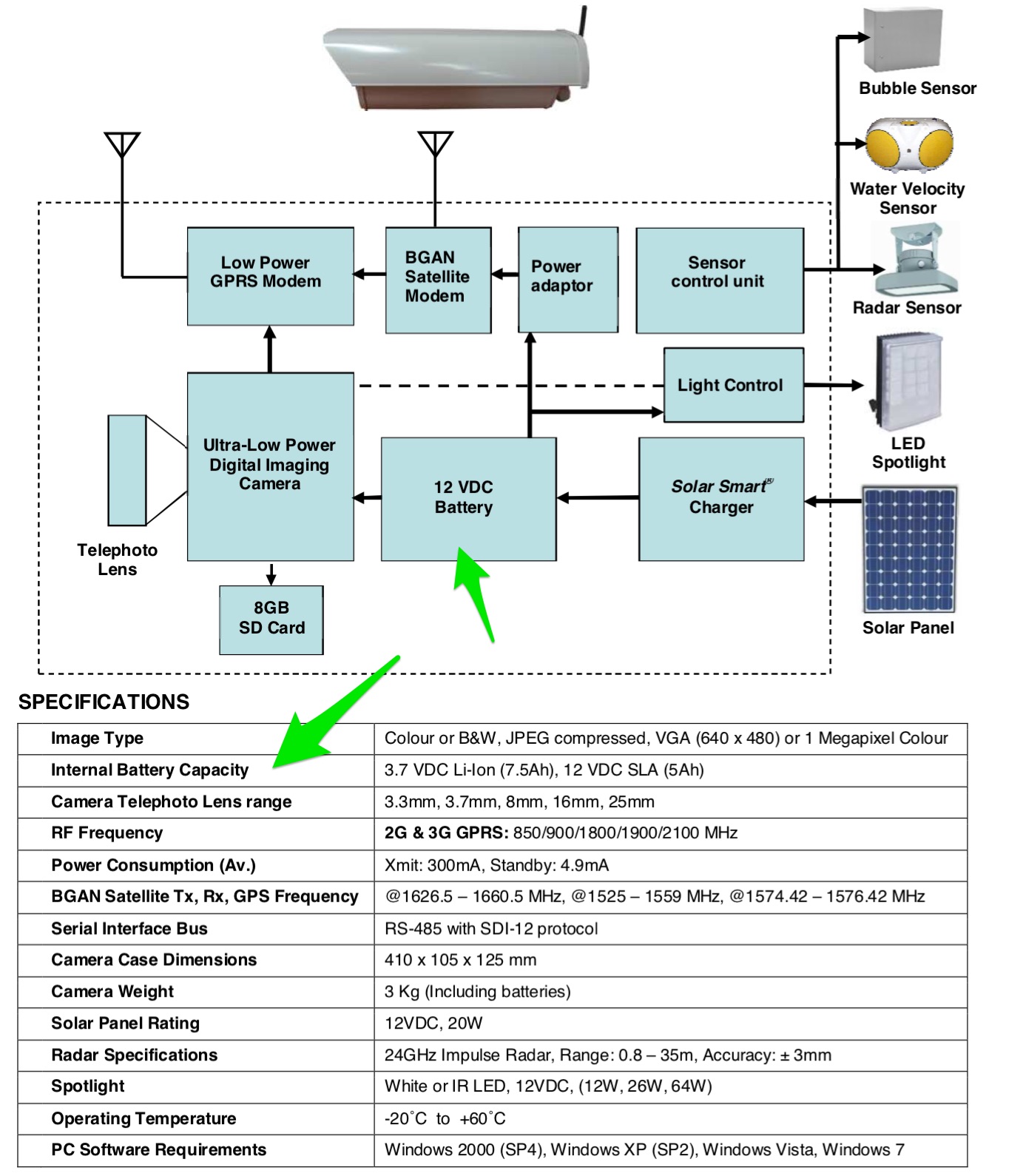 Hi A, while I did study fluvial geomorphology back at uni, somehow I ended up in IP video surveillance!

One of the studies we did was of a river that had a major flood event some decades ago. There were various mechanical devices set up to record data about water levels and flow rates. However in a catastrophic flood, the only measurements that could be made were when each of these devices stopped reporting data because they were washed down the river! That's how it was possible to work out how high the flood reached at certain times. The logs lying high up in the crowns of trees made it clear that ordinary water-measuring devices were never going to be able to survive such a flood.

Having glanced at the web link you provided, it would appear that radar has some merit if the unit is placed high enough above the river so that it could never be wiped out by a catastrophic flood. Otherwise it might just be washed away too. I'm not sure why they picture a unit right down next to the river. It might well provide early warning which would be very helpful but then might be washed away, when the flood continued to rise, which seems like a waste.

I noticed the unit relies upon a 3G cellular connection which would be a bottleneck for high resolution video but may be OK for sending pictures fairly frequently.

I'd suggest asking if the unit can be placed a long way above the water level or if it has to be down close where it might be washed away in a flood event.