A few years ago, I ran a post The UK: Post-Apocalyptic Nightmare? which engendered a lot of heated responses, focusing on eye popping crimes caught on CCTV there.

Today, I ran across another stunning example of their need for CCTV.

A report claims over 1000 ambulance workers are being assaulted each year in London, noting that

"Front-line staff are having their fingers savagely bitten by drunks and attacked with fence posts."

The solution they are proposing is body worn cameras. It could help document the incidents, but I am not sure how it will stop drunk out of their mind people from such crazy actions.

Is this common in the US or anywhere else?

If you have personell in place capable and willing to throw bad guys at cameras, your crime problems will most assuredly be non existant, because all the muggers in Gotham City know better than to try something with Batman around.

The only way to stop a crime in progress with surveillance video technology is to throw a camera at a bad guy.

Okay, you're right. Let me rephrase:

CCTV is good at mitigating or relocating most kinds of premeditated crime, usually, assuming the bad guy is careful and rational, assuming the bad guy knows about the camera before they commit to the criminal act, which is why, if you're going to install a municipal surveillance system, you should make them as conspicuous as possible, by putting them in big housings, and painting the logo of the local law enforcement agency on it, and maybe even hanging a big old flashy blue light off of it.

It is not good at preventing or mitigating crimes of opportunity or crimes commited in the moment or crimes commited by the crazed or judgement impaired. Best you can hope for is getting enough usable video evidence to solve the crime and/or convict the criminal. Same thing if the camera isn't conspicuous enough, or if the criminal cannot take notice of the surveillance system before they enter into the psyching-up phase of the criminal act.

This is about the most mundane counter-example I could scratch up.

I am using this one in spite of that, because its the only one I could find.

P.S. I think you may have to threepeat your advice, since its unlikely the London Assembly is on IPVM.

What happened? The Brits used to be able to laugh off a little pain with their "stiff upper lip" and all. Now they cry about a little love bite. Come on, show that British stoicism: 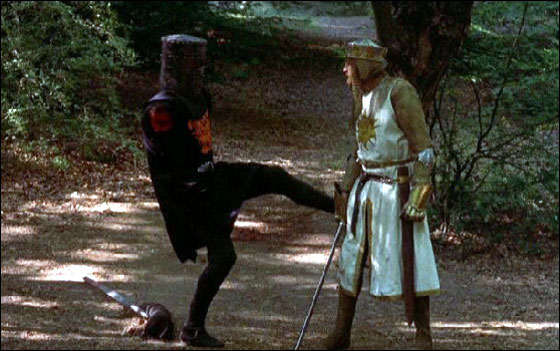 But some criminal activity responds better to cameras than others. The key driver is whether they are calculated / economic crimes.

Look, people, I've said this once and I'll say it again.

The only way to stop a crime in progress with surveillance video technology is to throw a camera at a bad guy.