Our concern is that we may have a problem with the HID/Bosch panel recognizing the contact as we were considering landing the door on the popit loop with a 1k resistor.

It is important to note that the doors are not home run individually.

Curious if this is the right contact for this application and what potential problems we could be introducing or may encounter (ie would cutting or removing a lead to one device cause a problem with the other, etc).

In this situation, the door alarm would be armed all the time (but silenced on a schedule?), or during the night, or ? 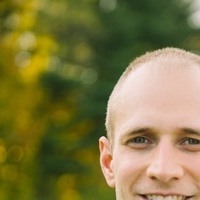 Reply Edit
Delete
Create Topic
Ban post
09/18/14 03:38pm
What many did is run the contact to the POPIT and use a relay board at the panel to "follow the point status" thus giving you a second output. This handled a lack of home run wiring.
Reply
Agree Disagree Informative Unhelpful Funny Fav

Ethan said this in another article

...there are two ways you can go about monitoring one door via the same contact. First is to wire it to the access control system first, then wire a relay output which mimics the door status to the alarm system. It takes a lot more ins and outs, obviously, but the side benefit is that you can centralize your intrusion detection equipment. So instead of needing a wire to each door, you can use modules at the access control panel, and interconnect the two. Overall, it's sort of clunky, however, and it's an extra point of failure.

The way I prefer to do it is with a dual contact, which uses two reed switches connected to two distinct pairs of wire. I know GRI makes this: About George Risk Industries Inc.... I don't know who else. This is, obviously, only applicable in standard systems which don't require balanced magnetic switches, etc.

When a door is to be connected to two separate systems, such as both access control and intrusion alarm, we typically specify double-pole double-throw (DPDT) contacts, allowing each system to be wired to its own set of contacts. Sometimes, it is just as easy to install a second contact on the door.

In these situations, I do not recommend having a relay output from one system be connected as an input to the second system. This makes the operation of the second system reliant on the proper operation and programming of the first system, something to be avoided if at all possible. I have seen too many cases where a well-intentioned service technician will come in and "clean-up" the programming of a system, removing input/output associations that weren't well-documented and that he failed to understand.