One Surveillance Camera Covers Whole Store On A Rail

A member recently posted this find:

TUB cameras are essentially rail mounted PTZs. Instead of just repositioning the aim of the camera, the entire camera can travel to a different point on the rail. The website makes these claims: 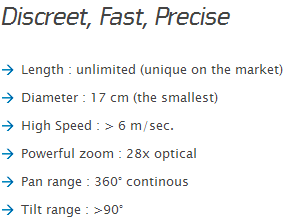 Anyone have experience with this system? I can definitely see advantages in actively monitored deployments, if the operator can travel the camera closer to an interesting spot.

IPVMU Certified | 03/19/14 04:44pm
Great idea , I can see how this can be very helpful in retail environments, as long as the video can keep up with other PTZ s on the market!
Reply

This is old, old technology for retail. Here's a 2011 brochure from Sensormatic from Sensortrac.

Besides obviously being expensive, they suffer from far greater service issues, because you have basically installed a PTZ on a mini railroad. And if you are worried about PTZs 'looking the wrong way', it's 10x the issue when it is zipping up and down a store.

This might have been interesting a decade ago when cameras were far more expensive and limited but now you just put one 29MP camera per store and you are done. :)

I do think it's neat, I just don't think it's very competitive or practical these days.

It would probably make sense if you had an applications where the camera operator frequently needs to track an object/person over a large area. This is theoretically easier than camera-handoff tracking. Much like a standard PTZ, I don't really think this would serve effectively to replace multiple fixed cameras in terms of scene recording, it's a tool for live monitoring.

Do they have a special controller joystick? Like a Pan-Tilt-Zoom-Yaw?

What's the first thing you are gonna ask the sales guy when you need more coverage but don't want to add another rail?:

Can't I just add another one to the existing rail? Doh!

I wonder how noisy the camera running along the track is?

I talked about PTZ rail systems 10+ years ago because multiple Pelco Spectra PTZ's for retail environments were too expensive. I could imagine its far easier to do now as the cameras are much smaller. It would have been hard to hide the Spectra II and III's running overhead down an aisle or corridor, hah.

Even with the reduction in price on PTZ's, multiple PTZs still seem really cumbersome for a large retail store.

03/19/14 08:50pm
I think another way to survelliance is that on alarm ,release 4 bots/drones with wide angle cameras in the air which then record on HD , all the events that happen 360 degrees around the complex and therefore cover valuable data of the real time events outside the complex too ?
Reply

Not at all obtrusive, surveying the average shoplifter, eh?

Why not just use one of Avigilon's gigapixel cameras to cover the entire store?

For the price of one 29MP Avigilon camera, you could install several hundred cheap Foscam-type cameras and cover all the angles that way... just sayin'...

I did in fact have the opportunity to depend on one of these systems in my not so long ago days in retail. The system was originally installed with 4 rails, one in each leg of the "racetrack". The ability to literally follow someone throughout the store was indeed tremendous. However it did have limitations, You could not depend on this system for monitoring, it was strictly for tracking subjects. We still depended on fixed cams to monitor high risk areas. Store layout also impaired the effectiveness of the system. Ailses werent lined up perfectly in a row up and down. The rails couldnt see everything so we added several traditional PTZs to supplement. As already mentioned, over time noise became a large concern. It didnt help that the tracks werent that high, only about 10-12 feet up. We had them serviced every other year, but after time, even new wheels didnt quiet them down anymore. Customers rarely took note of the funny sound overhead but the employees ALWAYS knew if we were watching with the rail. Travel time was also now something we had to consider. Travel time from one end of the store to the other was about 30 something seconds, which was long enough to loose someone. I set presets at each end and the middle so I could direct the opposing rail to be closer in case the subject being tracked moved across.

As a user, I loved it. But like many things CCTV, it wasnt an all in one solution.

This is the third dumbest thing I've seen all day, as of 10:18 AM. This is only useful for live-tracking a subject you've already identified. And, speaking as someone who knows a little something about conveyor sytems and how much they cost to install and maintain, you're better off just buying fifteen or sixteen PTZs, or paying thirty or forty security guards to do a man-to-man defense on each and every shopper.

This is one of the worst ideas I can think of. One camera for 12,000 sq.ft.? I could fill that place with cheap domes for a fraction of the cost of that contraption. Don't get me started with maintaining that device and keeping obstructions out of the way.

This "solution" only compounds the PTZ issues that I sell against on almost every job.

The bigger picture problem is what happens when that one camera decides it wants to break. Your entire system is dead in the water.

This reminds me of the idea that I came up with back in the 90’s but didn’t have the capital or the knowledge of how to make it a reality. Under vehicle inspection cameras. I started my career in the detention controls world and always viewed the mirror on a stick to be archaic (even in the 90’s). Now these camera systems are widely available and I kick myself every time topics like this come up. I SHOULD be kicking it in the Caribbean right now… but instead, I’m slinging IP cameras!

What do members think about using the rail camera in undercover carparks. CCTV in undercover carparks is expensive because so many cameras are required to avoid the visual impediments of supporting columns and cars. Using a rail camera, a CCTV control room operator could follow those cars and thieves who are looking in cars for valuables or looking for customers to rob. Thanks for the note that maintenance would be a negative.

Vandalism would be a major concern. Those rails are likely expensive, and most car garages are low ceilings, so someone could either reach up and pull on the railway, or stand on a vehicle and get to it.

Not to mention the camera itself would likely attract attention by moving around, making it even more likely someone would tamper with it.

From the website, it appears that the camera is enclosed in a transparent tube. I would think this would be tough to keep clean in some environments. We manufacture a similar product that is used primarily for process monitoring in the industrial marketplace. Although not as covert, ours is designed for harsher environments.

I do, and when doing a web search that was the one that I came up with. 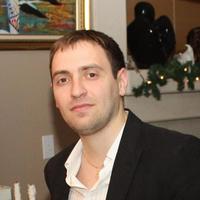 I did see a similar system in work in Media Markt electronics store in Germany about 10 years ago. If memory servers me well, it was a Siemens branded system. The PTZ camera looked much bigger than one by MOOG pictured above, and rails were bigger too.

If you believe in deterrence value of CCTV, that system did make some sense: big, noticeable, not completely silent. 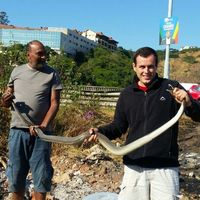 please reply if anyone has a solution.

Manfred, I have not seen anything new beyond what has been discussed here previously. It does not seem to be an area of active development, especially with cameras now so much less expensive than a decade ago where these were at least somewhat used.

All I can think of when I see this is the scene from "The Spy Who Loved Me" when Roger Moore hops on the giant rail camera and rides it around the bad guys lair. I of course, cannot find a clip.

Thank you all it has given me some food for thought and a possible solution with a PTZ strategically placed may do the job.