What are some the ways to mount cameras to monitor intersections? I would like to know the mounts and housing models used. Also, other mounting on the existing utility poles, are there other options? What is a good supplier for metal utility poles?

I've used mounts from Pelco Products (different from Pelco by Schneider Electric). Generally the Astro-Brac. We reversed the mounting from how you typically see vehicle detection cameras, and hung domes from the end of a pole below the cross arm. I'll try and find some old pictures of installs.

Thanks Ethan, that was exactly what I was looking for. If you find those pics that would also be helpful.

Btw, for other readers, here is the stock image of the Astro-Brac from Pelco Product's website: 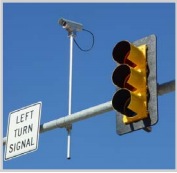 Jason, here's two pictures. First, the whole scene, showing the mount on the cross arm (they were using more ornate cross arms, not just plain steel). The wireless equipment and battery backup are on the upright part of the pole on the right, just above the cross arm. Everything but the camera itself (so as to not void the warranty) was painted to match. 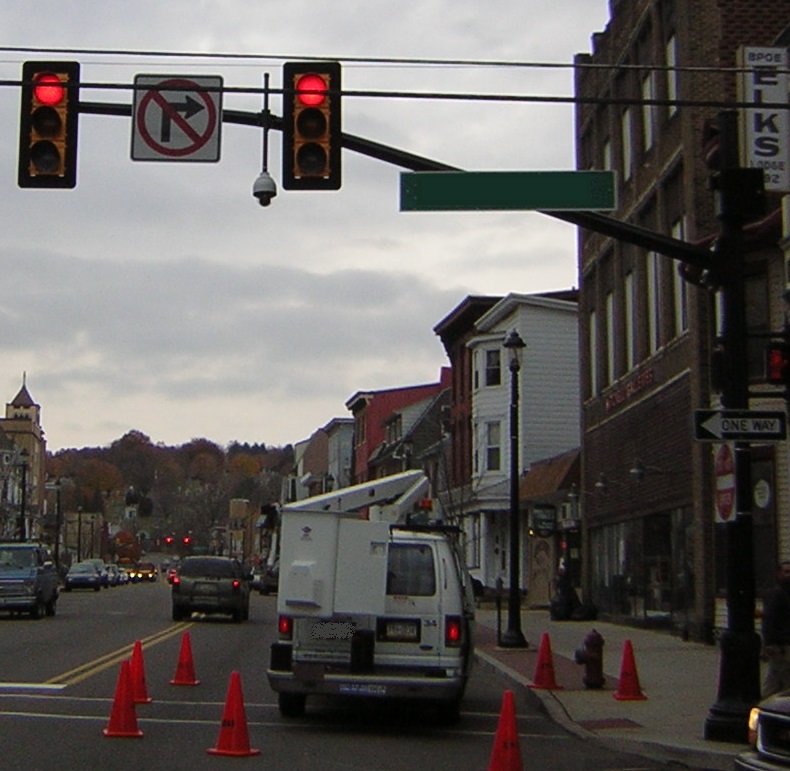 Here's a closer crop of just the mount: 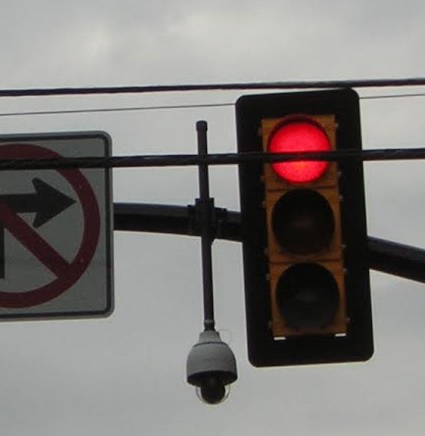 The pipe was left a little long because an antenna was mounted to the top later on in the project. Hope this helps!

I wish this city used arms for the traffic lights but unfortunately they are just strung on wire. I need some ideas for mounting on poles.

If you have to mount to a pole, I'd use an extended mounting arm to get it further into the intersection, if possible.

I used the Videolarm WM40 mounting arm in the past (with the APM6 pole mount), which gets the camera about 2' out from the pole instead of about 12" or less in a standard gooseneck.

If you need more reach, you could look at extended mounting poles, like what they use for streetlights. I've seen them used for cameras occasionally. Be careful with the length on them, though, because they may bounce a bit.