You think Hikvision's valuation is incredible at ~$12 billion?

Well, the site where people buy super cheap Chinese cameras (and tons of other things) is going to have an IPO that is projected to be at least 10x as large (see a WSJ overview and their S1 Financial filing).

Just in surveillance, Alibaba lists a million cctv cameras from over a thousand suppliers.

Alibaba does not have huge revenue relatively speaking - annual rate ~$7.5 billion but it has huge profits with a net income percentage of ~50%.

For surveillance, I suspect the IPO, and resulting publicity will help increase their brand and product recognition, bringing more people to use / buy from them.

Alibaba and the 40 thieves can operate quite well in the Chinese consumer protection market. If they become international they could be in for a huge shock. Try pointing out a fake site on Alibaba and see how much is done as long as they get the cash from the advertisers they do not care.

I know one case where a woman ordered $28,000 of USB chips and ended up with 5 cases of computer scrap. Dispite talking to the then Shenzhen leader, she never saw her goods or the money.

Its quite simple to look at an address in Alibaba for examples of non existant factorys. Google maps is quite good in Shenzhen now. 3rd floor B3 lucky industrial zone. does not cut it.

It's not just CCTV, or even primarily CCTV. And I don't know that this will raise their profile much more than it already is- if you have a product you'd like to sell on eBay or Amazon but don't want to open a factory or order more than a few units at a time, you've already been using Alibaba. There are hundreds of companies just like this who rent a storefront or a basement somewhere, mock up an idea in AutoCAD or Google Sketchup or Microsoft Paint, and email it to some factory listed on Alibaba. You can usually buy five or ten pieces at a time, which means inventory costs are low, and you can send it to a reshipper, which means that shipping costs are low and warehousing costs are nonexistant. They then list it for sale on Amazon, which takes a tiny cut. A couple hundred bucks and you have at least a fighting chance of competing with big established brands, the way the company in the link is doing.

I know people who make a good living coming up with an idea for a product and selling a few hundred units before people get tired of it. By then, they're on to the next idea.

I also know a guy who runs a warehouse and shipping operation and works with these companies. They'll warehouse your ten or twenty iPhone cases or sunglasses or USB charger in the shape of a kitten or whatever, and you email them an order and they put it in a box, print an invoice, slap a sticker with your company logo on it, and ship it out. They handle customer service phone calls if it's a shipping error, you handle tech support, and everyone is happy.

They don't break out how much surveillance is sold, but it's clearly a small percentage of their overall goods sold, given how much product they are moving overall.

Is there anything you saw in the filing that might tell how much of their business is directly related to the security industry? 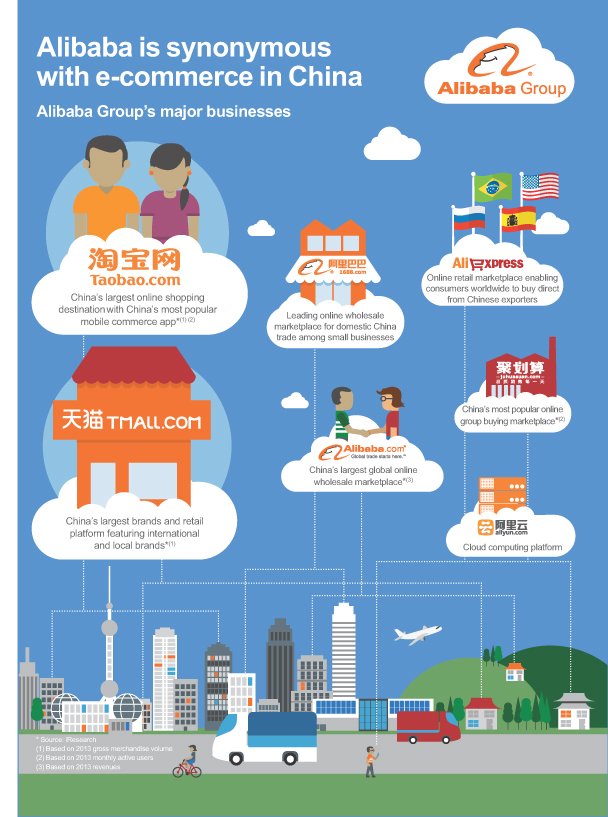 What do you think of the odd CEO move of retiring months before the IPO? How much Ma would they be valued at if he didn't Jack them? :)