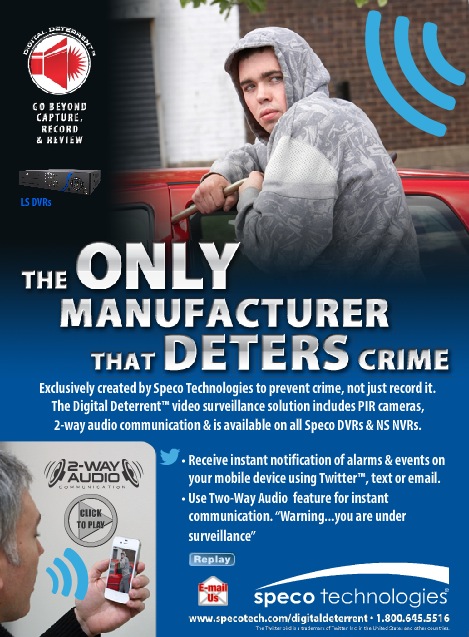 Well, as long as it'll let me know by Twitter, we're all good.

07/02/13 03:47pm
Yeah the ONLY is a bit extreme, considering VideoIQ mostly likely performs the claimed functionality much better then them.
Reply

The Axis M1054 has been out for a couple years at least, and has a built in PIR, illuminator, and two way audio. It's an indoor cube, so it's not exactly applicable everywhere, but it's out there.

I'm not sure Speco has fixed their DVR Android App yet:

So, this ad might be pertinent to iOS only for the time being.

Yes, we do this same thing, in a manner I would like to think is certainly better.

I'm surprised to see anyone bringing out a PIR-based outdoor camera these days.

Our app uses direct notifications, not text, twitter, or email. Though my guess is that maybe Speco is targeting a lower-end application/user?

In all honesty, I'm happy to see more interest in the prevention angle, this will help raise awareness overall.

FutureSentry may have a bone to pick with that marketing claim - as their solution purports to 'deter' crime before it happens as well...

They use white LED light to scare away the perps though, not 2-way audio.

Marty, if I'm not mistaken, at either ASIS or ISC West 2012 Future Sentry said they had or would be adding audio.

Seems like the obvious next step... do you remember if they said they are planning to do pre-recorded or 2-way (or both)?

It was going to be two-way.

These Future Sentry cameras are very interesting, I found a video:

These could actually prevent crime, imho, because they are much more active in the sense of the perpetrator KNOWS they’re being followed via the bright LED lights and movement of the camera to the location of the event, not just programmatic presets. People are less likely to go through with crime because they've been put on notice and the camera is making it known via lights (I wonder how it works during the day).

Sending a passive email, text (or Tweet- sounds so harmless. You've been tweeted, don't do it!) to officer behind scene seems more passive to me.

I started a new discussion on FutureSentry to see if anyone has used this.

Btw, this ad was from the new July ASIS Security Management magazine. I am kind of surprised that ASIS would run such an ad claiming that Speco is the 'only' one to do something, especially when it is so fundamental of a claim (deterring crime).

If that aint Bill Kurtis doing the voice over of that Future Sentry youtube video Sarit shared, it's a dude trying to sound just like him... :)

Anyone remember the VideoGuard system from Videolarm 20 years ago? Same concept but now with Twitter!

Another company that may take issue would be Videofied. PIR alert, 10 second clip to monitoring station for review and verification, then alert authorities, burg in progress.

There's so many companies with this technology and capabilities. Seems like a very flippant claim in an industry so large that hardly anyone can make a claim of "the only", and if so...not for very long.

Eldon, this is the company who markets the 'Intensifier' :)

btw, good mention of Videofied. We have a review on their latest release that improves their video capability.

Isn't this another example in the same vein as the "20-Second Surveillance Camera Installation" marketing at NRF LP last year? If your technology mastery and R&D efforts aren't causing the targeted industry to take notice of you and generating beneficial buzz - advertise the heck out of it. Works for ADT!

Please. You want a camera that stops crime? Behold..... 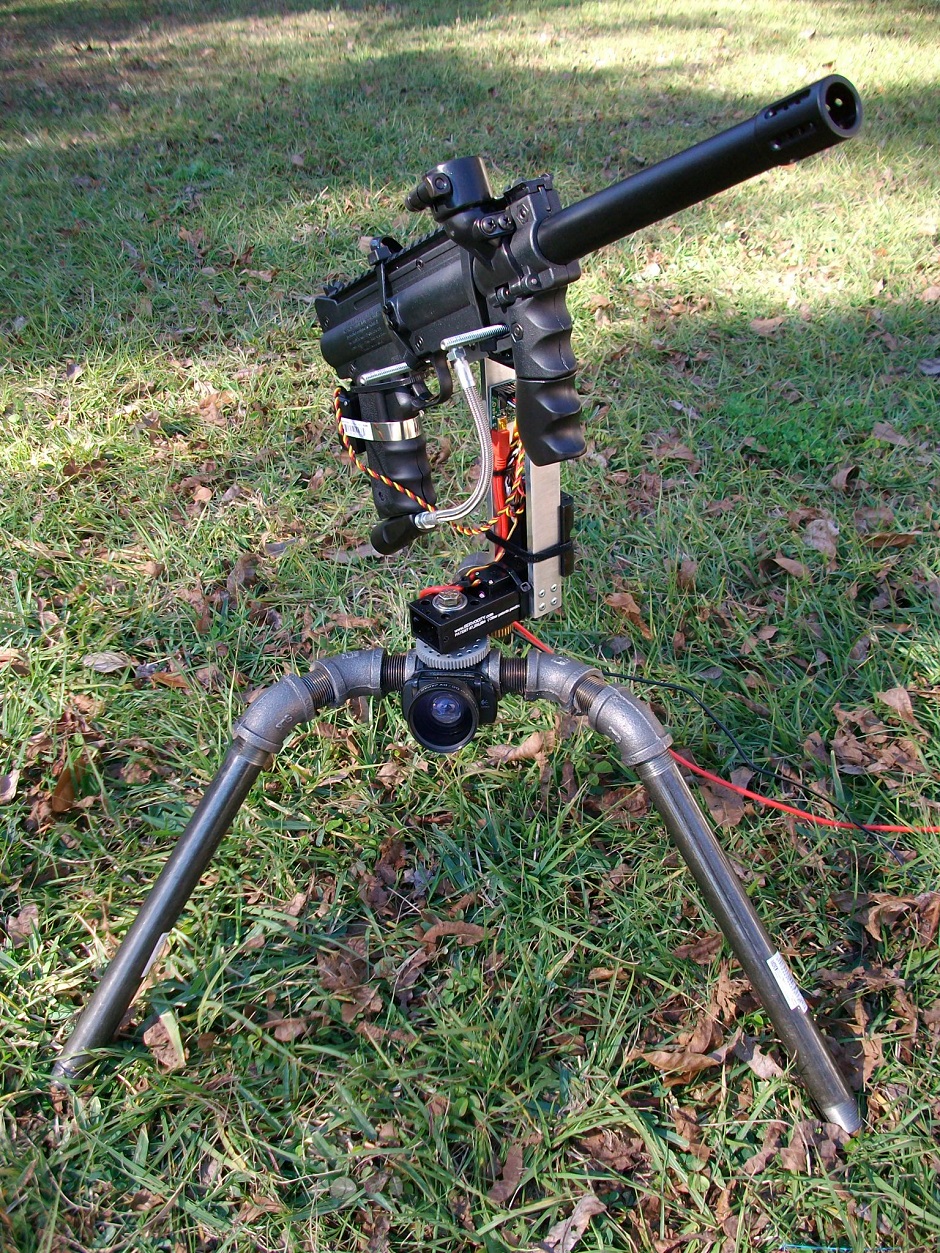 I hope by twitter they mean Direct Message, or one would be the talk of the entire twitersphere! What if the camera took a photo of the burgler and posted it on your facebook timeline! Or better yet, pin his photo on Pinterest, or add a filter and snap him on instagram.