Anyone have recommendations for a short box camera housing for the Arecont AV10115 series cameras? Hoping for something no more than 10 inches in length or less. A distributor recommended using Arecont's own HSG1 housing because "the window for the housing would be optimized for their 10MP cameras", but is that really that much of a factor? And I don't want a 16 inch housing.

Environmental conditions are not really a concern- indoor. Overall camera and lens length would be less than 5 inches.

I looked into this once for Arecont cameras. First things first, the HSG1 is discontinued. The HSG2 replaced it, and it's smaller, about 12.5".

Second, none of the usual OEM housing makers have anything. There are some options online, but whether you're ok with that I don't know.

I once used Videolarm dome housings for a couple Arecont box cameras, but that turns into a larger package than you want, I think.

I second Ethan's statement "none of the usual OEM housing makers have anything".

For example, I checked with Moog and VideoTEC and beyond large domes (12" diameter) nothing appears to fit.

Is the HSG2 too big? Or is there another reason behind looking for other options?

Undisclosed A... With 8 long years of deep involvement with literally thousands of Arecont cameras and installs (which even John won't dispute as hyperbole), the best and cheapest route to what you're looking for is here: IP66 Compact Pro

Videoloarm's old 8" housing was great. I sold out their inventory as a rep in 07' and they never brought it back so when I went to Arecont, I had to find better and cheaper routes than HSG1 (it was actually far worse pre-HSG1). The one above is made by two or three different Chinese manufacturer's and is easy enough to find with the right word combos into Google.

NOTE TO ALL DISTRIBUTORS READING THIS... Stock housings like this and your dealers will love you for it!

Picture of this housing: 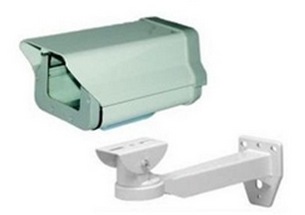 Thanks guys, I appreciate the info! I was trying to stay the traditional distributor route, but if they don't carry what I want, I gotta go elsewhere. And thankful for the feedback from someone who has actually used the housing with Arecont cameras.

This one is smaller than HSG2, but it doen't have the cable managment bracket, and it's big trade-off

In my exeprience, most ingrators who still install a signnificant number of box cameras would go with HSG2

Hrmmm, pay the 4x the cost of the Compact Pro for the HSG2 to get cable management and it's not the housing I want.....

Wait, the HSG2 does not come with a wall mount, that's extra. Make that 5x the cost.

If Pelco still makes them, I would try their stationary housings. I beleive they were the EH3508 model. Fairly inexpensive. Hope that somewhat helps.

Thanks. I already ordered the Compact Pro. Will comment back with what I think when they get here.