I read the discussion Brian started on door hardware, a lot of commentary on mags vs strikes and the use case for each.

Specific to mag installs what is the most common type of REX Button used? Is there a preference towards Mechanical or Piezo versions?

We have always used the Securitron EEB2 and EEB3n with great results. These buttons can be configured to 12 or 24 volt by means of a jumper. It is automatically a 30 second release and we use it in conjunction with an infrared or microwave motion detector to provide two means of egress as per code. These two means of egress are in addition to release upon fire alarm. Another "plus", when these buttons fail they usually fail in the open position so the door is easy to troubleshoot.

Note- If you need the button illuminated, you will need the PB2-LK light kit because it does not come with the button. (Securitron Exit button instructions) 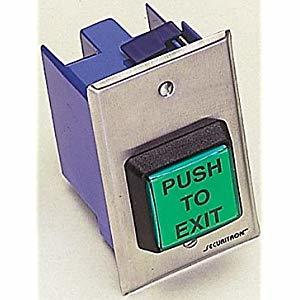 I liked using the ACC pneumatic series, but it was a little more expensive than the Securitron buttons. Also, I like the EEBs, but I also liked the red LED above the green button on the PB series, just for showing whether the lock is powered or not. I always wired them so the LED was lit when locked, and the button was lit when in use.

We have used the EEB's mostly as well, will check out the PB line. I like lighting scheme you described Ethan.

We have had customers request this style below before, it was pricey but highly configurable.

But with no mechanical action, just the piezo, it has to be powered to work.

Any experience with this bar from Securitron?

Have used lots of the DSB's. They work well and any issues are covered under the lifetime warranty.

I have not used a button yet (EEB's, PB's or any other) that I liked and that even worked long term. They almost always fail after a couple of years. The PB2's have been particularly bad to me, usually requiring some sort of modification to the switch mechanism right out of the box to get them to work. I now use only bars with two switches to meet code. Wire one contact to break the mag power and the other as a REX.

As for the Securitron bars we have used them quite often. Lifetime warranty as well on all their stuff. A better solution in my opinion for that application is a mechanical bar like an RCI 120 with an internal mechanical switch. Mechanically breaking the magnet is better than relying on electronics (touch sensor) to do it for you.

As for the button, correct me if I'm wrong but doesn't the Securitron EEB depend on having electricity for the timer to countdown the thirty seconds? Isn't a pneumatic timer like Ethan suggested (we use those too) a better solution? Does NFPA specifically require a pneumatic solution or is a powered timer adequate?

With a mechanical switch in the bar and a pneumatic button you don't need any electricity to deactivate your devices. It's also a snap to wire up this way without having to power up everything.

"Does NFPA specifically require a pneumatic solution or is a powered timer adequate?"

NFPA does not specify either type. Alarmingly, nor does it specify a delay interval the lock must be unlocked! Yikes! (see Deadly Pushbuttons for why this is a problem) It does specify a visibility requirement, which may bias selection toward an electronic type:

NFPA 101 – 2009:
7.2.1.5.9 A latch or other fastening device on a door leaf shall be provided with a releasing device that has an obvious method of operation and that is readily operated under all lighting conditions.
7.2.1.5.9.1 The releasing mechanism for any latch, other than for existing installations, shall be located not less than 34 in. (865 mm), and not more than 48 in. (1220 mm), above the finished floor.
7.2.1.5.9.2 The releasing mechanism shall open the door leaf with not more than one releasing operation, unless otherwise specified in 7.2.1.5.9.3 and 7.2.1.5.9.4.
7.2.1.5.9.3* Egress door assemblies from individual living units and guest rooms of residential occupancies shall be permitted to be provided with devices, including automatic latching devices, that require not more than one additional releasing operation, provided that such device is operable from the inside without the use of a key or tool and is mounted at a height not exceeding 48 in. (1220 mm) above the finished floor.
7.2.1.5.9.4 Existing security devices permitted by 7.2.1.5.9.3 shall be permitted to have two additional releasing operations.

In my opinion, the most useful piece of code comes from IBC on the issue of RTE.

Most jurisdictions in the US adopt IBC in addition to NFPA 101, so the '30 second' interval is the standard. However, neither code specifies 'pneumatic' or 'electric' RTE type.

NOTE: Not every controlled door is an 'Egress Door'. 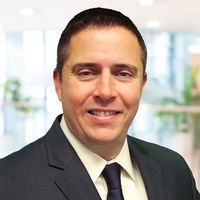 Do you know if there is a requirement that the Rex sensor also interrupt the power locally or is it acceptable to have the Rex trigger the EAC panel to unlock the door?

I ask codes consultant/expert Lori Greene your question, because I was unsure myself! Here is her response:

The codes are not specific about how the REX operates, except that the door must unlock upon a signal from the sensor and also upon loss of power to the sensor.

2015 IBC – “The sensor shall be installed on the egress side, arranged to detect an occupant approaching the doors. The doors shall be arranged to unlock by a signal from or loss of power to the sensor.”

2015 NFPA 101 – “(1) A sensor shall be provided on the egress side, arranged to unlock the door leaf in the direction of egress upon detection of an approaching occupant.

(2) Door leaves shall automatically unlock in the direction of egress upon loss of power to the sensor or to the part of the access control system that locks the door leaves.”

So the way I interpret these citations, is local power interruption is not needed for the REX sensor, and using the controller to interrupt power is permitted.

Thanks man, I appreciate the help.

I thought there was a code requirement for a 30 second delay.

Ah Brian posted the code while I was looking for it.

So the use of electric/piezo buttons isn't directly addressed in code as I understand it. I've always preferred the improved visibility provided by lit REX buttons. But that isn't a requirement by code, simply that it is labeled "Push to Exit".

Don’t know how I missed the Deadly Push button article, I apparently need to improve my search skills…

Has anyone used an exit device switch kit in conjunction with or in place of a button/motion? 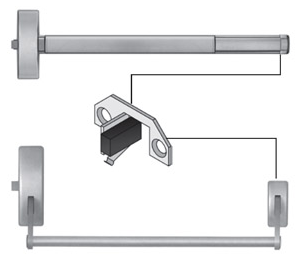 Would they meet code as they aren’t labeled "Push to Exit"? But using an existing push bar would require no special knowledge. (This is of course assuming the exit device couldn't be fitted with a retractable latch mechanism which would eliminate the need for mag lock in the first place)

On the EEB2 series, if the button is not powered neither is the maglock. Loss of power means unlocked on a maglock unless specifically authorized battery backup by the AHJ.

"if the button is not powered neither is the maglock. Loss of power means unlocked on a maglock"

While that is true 99.9% of the time, the possibility exists that a problem local to the door like a poor connection, crimp in the wire, rodent or other issue could cause the switch to lose power while the mag lock remains energized. In this extremely rare possibiliy, you would no longer have a 30 second delay. 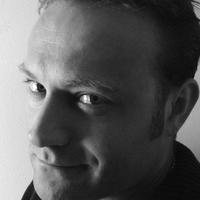 I have sort of a tangential question relating to code requirements on the REX button. Is there a requirement that it be within a certain distance from the maglocked door it releases?

Yes, depending on the type of door and code.  The most common adopted code version says within 5' of the door: