Here's a kind of ironic story out of Thailand this weekend: Thousands of supporters of the People's Democratic Reform Committee and anti-government protestors vowing to "shut down" Bangkok have been rallying in and around major intersections and government buildings and covering up government CCTV cameras with bags -- which caused a problem Sunday after they were attacked by pro-government protestors.

Twenty-eight people were injured after six pro-government protestors targeted with grenades a rally at Victory Monument. Police were unable to get any footage of the attack from city cameras because they were covered with bags so they appealed to private businesses for help.

By Monday morning, this image of a suspect throwing a grenade was released to the public: 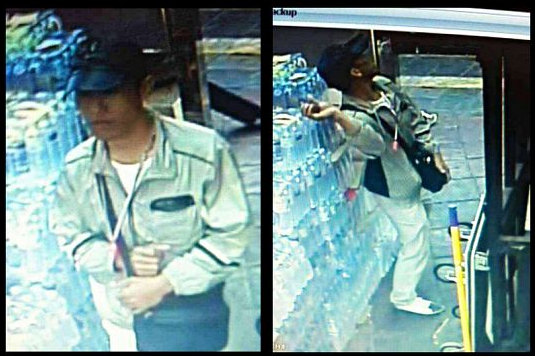 The image came from a nearby coffee shop. The police lucked out because the man actually threw the grenade from almost inside the coffee shop. Unfortunately, they still don't have footage of any of the six other suspects, who fled by motorcycle.

The city says it will ask the protestors to remove the bags, which could be helpful for investigations if the protests get more violent. Nine people have been killed in clashes since the protests began in October and 67 wounded just in the last three days.

John, shame on you! How many times have you argued that cameras placed high don't obtain good face shots?

"The police lucked out because the man actually threw the grenade from almost inside the coffee shop."

You know who didn't luck out. Anyone who lives in Bangkok....

They need to mount the cameras higher ;)