Curious if we have a positioning chart of manufacturers of IP cameras, VMS....

The inquiry comes from several huge international corporations who want to see which product will fit their needs, best price/performance, future upgrades...

Your link did not work.

However, I think you mean a Magic Quadrant, like so: 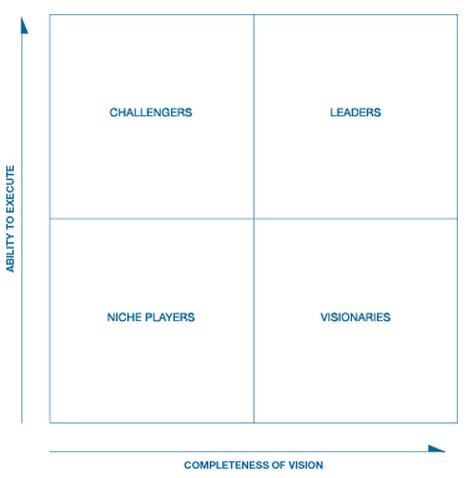 Is that what you mean?

Sorry - and yes, thats the one I thought of.

I think the Magic Quadrant is terrible for analyzing companies or making purchasing decisions.

I know vendors love it, especially when they are top right, and market it heavily. Related, Gartner's conflict of interest is significant as they engage in lucrative consulting contracts with the companies they cover.

How complete is Axis 'vision'? Is Avigilon's more complete? How about Hikvision? Or Pelco?

We could easily throw dots on a chart but I think it's more hype than substance.

C'mon John, don't you know there are "several huge international corporations" that want to look at a single chart that just tells them what to invest their millions in?

Sounds like a great opportunity to me. I (let's just say for example) pay you to put our company in the upper right, and you could then even sell that chart to golf club wielding execs at international corporation and we could all win craploads of money.

Failure to take up this lucrative opportunity makes me suspect you think this business is complex with many trade offs that depend on the situation, objectives and environments that ultimately affect success and value.

Btw, I am in favor of providing high-level charts or summaries that help show big picture tradeoffs. I just think that basing it on 'vision' and 'ability to execute' are quite abstract and not highly correlated to helping users choose the right product.

Yes, I'd love a vague and abstract list of companies ranked on fluff and imagination and other non quantifiable factors. Also, please rank companies in order of coolest name to dorkiest name, because that's another metric that helps me choose which products to offer my customers. Maybe next week, you can choose which CEOs will be Homecoming King and Queen at the Security Industry Prom.

How about the Sexiest Security CEOs Alive!

I've got a sales job for this guy if anybody has his resume handy.

I think you could come up with something similar to this based on publicly available information.

"Completeness of vision" for example, at this point I would label single-product companies low on that scale. That is not neccessarily a bad thing, for example I think HID has done some innovative things in access control, but their vision seems to be more or less limited to AC, but their ability to execute seems relatively high.

Canon seems higher on the completeness of vision scale, assuming of course that they didn't just buy Axis and Milestone to keep them independent. I don't think Canon has a proven ability to execute though, although Axis and Milestone had both been pretty good on the execution scale previously.

For security, I don't know that the 4 quadrant labels are very accurate.

What would be cool, IMO, would be for IPVM to provide some ongoing X/Y axis rankings for key companies over time. I would be curious to see more of a heat-map style plot of companies over time. Is someone consistently emphasizing vision, but not executing? Is there a company that executes, but always a little bit behind the visionary curve (ref: recent Samsung thread).

"Completeness of vision" for example, at this point I would label single-product companies low on that scale."

But then you are essentially saying single vendor solution = vision.

I think this is interesting but done solely on execution / market competitiveness, i.e., what companies are gaining or losing.

This is something we have touched on here: Top Manufacturers Gaining and Losing Ground and here: Top 5 Disruptive Surveillance Companies 2012. It could be worth doing it on a more regular basis.

But then you are essentially saying single vendor solution = vision.

My comment *does* read that way, but that's not what I meant.

Canon would be higher on the vision scale, as I mentioned above, but probably more in the middle. Their overall vision so far is recognizing the fact that there is a trend towards complete solutions, but what they are doing right now is more following than leading. A company that buys or builds a mass notification platform and also shows a clear layout for integrating it into their (presumably) existing CCTV and Access Control platform might rank higher on the visionary scale for example (as mass notification systems still seem to be this side-car to everything else).

Also, the reason I figured things would have to be re-ranked over time is that something that might have been "visionary" 8 years ago (a 5MP camera) is mainstream today. I think IQI is an example of a company that went from Visionary to not over time.

But I think I was trying to fit things into the existing scale before realizing it might be the wrong categorizations. Some companies might have a less than end-to-end solution, but be more visionary than others. Arecont, as much as most people hate them, would have at least previously ranked higher on the visionary scale for promoting multi-imager cameras that had solid applications. Scallop maybe less so, as they too made multi-imager cameras, but with much less clearly defined applications. Arecont hasn't had too much of a 2nd act to their multi-imager cameras, but Scallop is still trying to emerge as some kind of a player, perhaps they will eclipse Arecont on the Visionary scale at some point?

The benefit of such rankings is often for end users, or even integrators, to find similar products. Maybe you watch a webinar from HID about their bluetooth-based reader and you want to see what companies cluster around them? Is there another company with similar vision but lower on the execution scale? Is HID itself low on the execution scale?

I don't think these kinds of charts are frequently used as 1-stop buying decisions, but more as a quick visual rankings filter. 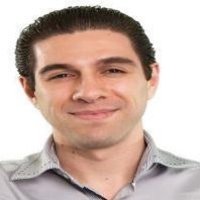 IPVM could come up with something similar. You guys have a lot of data already compiled.

The idea of the quad is not inherently bad, as long as the quad categories are compatible and the data points are reasonable, it can help give a newcomer/outsider to the industry an overall sense of the competitive landscape.

The categories shown are not unreasonable, and the data points exist already!

John, for example, has no aversion to labeling someone niche or saying their vision is lacking or recognizing their leadership. He and all of us do it all the time. So if one were to plot the datapoints honestly, without trying simply to place the companies directly for some hidden agenda it, it would be useful. How useful depends on the level of insight of the people whose datapoints we plot.

Will it be warped in some way because of the biases and limitations of those who created it? Absolutely! But no matter what a newbie viewpoint is going to be warped for a long time, as they slowly gain knowledge; a chart has the chance to be more balanced, since it normalizes the data.

If A likes the quad though he needs to throw one up with a couple of his own datapoints, then we can debate how useful it is.

I agree there should be INDEPENDENT analisys like Magic Quadrant or something similar, to roughly point the end user what to chose.

For the end user Hikvision is the same as Axis, when first time hear for them. But we here all know its not. Both have good image quality, that s what customer see. And when they see the price...the dial is closed.

And because the end users are not experts on this area, they need something to point them.

For specific camera comparisons, that is why we recently introduced BestMatch - to provide a quantitative comparison / assessment across cameras.