If a POE Midspan is placed at 100 Meters can the ethernet cable on the other end be utilized for an additional 100 Meters? It's my understanding that it can not, but if anybody could provide a definititve answer I would appreciate it.

Midspans are not extenders, they are just power injectors.

If you put a PoE *switch* at the 100 Meter point you could extend the network another 100 meters.

Then what use would it be if it only extended power and not data?

It doesn't extend the power, it's just a power injector. It will allow you to utilize a normal switch while powering the cameras over Ethernet.

Thanks, that's what I thought. I was reviewing this network diagram in a poorly written RFP and it had be second guessing my self.

A midspan is basically a multi-port PoE injector. It allows you to operate PoE devices on a switch that does not support PoE.

They're more common in upgrades of existing systems, as in most cases a PoE switch is cheaper than a switch+midspan setup.

Sorry, I was thinking of a POE extender 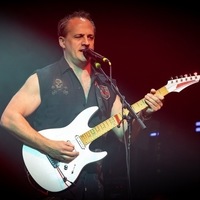 If you wish to extend the distance by 100 meters AND you do not mind having a small POE powered device placed at the 100 meter mark on the cable, then our OUTREACH Max will do the trick. You absolutely can extend by 100 meters, and more, and the "next" 100 meters is just the same as was the first 100 meters.

If you do not want to have a device in the middle, you can use LONGSPAN, which is an end to end device.

Thanks, I am aware of your product line.

In a very poorly written RFP the network diagram has a POE midspan in the middle of a 180 meter run and whoever compiled this RFP obviously didn't realize that this will not extend the data distance. They assumed it would be the same as putting a switch in the middle of the run. It was all ready my understanding that a POE midspan is passive and simply acts as a multi-port POE injector but this thing had me second guessing my self and I didn't want to go to their engineering team and ask for a correction untill I reconfirmed.