I am looking for the best installation tools to adjust our IP cams that do not always have analog outputs.

So I am now using Veracity's Pinpoint tool but our technicians claim that a lot of times they are not able to easily remove the RJ45 on the camera because it might be inaccessible. So they'd prefer a kind of WiFi enabled device that they can wireless connect to. But in case of PoE powered IP cameras, such access points have to be on the switch, and not on the networking cable of the camera, which might be out of range to connect wirelessly at the camera location...

So I was wondering if there is some kind of PoE powered access point that still has a PoE port that can be connected to the IP camera? In that case, the technician still can choose what the best option is, depending on the situation. Or better options?

The other common tool is the Dynacolor / Axis / Razberi one but I am not sure if that will solve your issue.

Our testing of both the Axis and Razberi tools yielded that they were both more trouble than they were worth. They were exactly the same tool but with the limitation that the Axis T8414 only works with Axis cameras (confirmed by Axis). Both had nonintuitive interfaces and were difficult to set up, slow to respond, couldn't adjust power lenses and had a screen so tiny as to make it virtually useless.

I found this one.

It appers be really useful. I dont know if it works fine. I would suggest IPVM make a few tests with this equipament..lol

This is not an installation tool. It is a powerline adapter (see our note here) that uses electric cabling for provisional data networking.

Everfocus has a forthcoming product, the IP Sidekick, that will power a PoE cameras and allow you to wirelessly connect a tablet or smartphone to an ONVIF S compatible camera.

This is the only reference online I could find.

Street price is about $225, although I would like confirmation this thing actually works first.

NOTICE: This comment has been moved to its own discussion: IP Sidekick - A New IP Camera Installation Tool

The last time I did a full installtions I went out and purchased an 8 port POE switch and a wirless d-link router (it was cheap, I was in a rush). I plugged 6-7 of my cameras into the switch and used the wirless to take my laptop closer to the camera for adjustments. It had it's downfalls being the school was large, and some cameras were out of range. But for smaller sites, or sites where I may have access to some network ports around the building, that has been my best way to go.

I've also started doing a jack, or a female connector near the camera either in the ceiling, or a junction box if in conduit., with a patch cable, usually not longer than 15ft to the camera. Makes doing a POE injector a lot easier for service later.

No it´s different. The other product you put on energy plug, and that offers conection with Wifi and Ethernet PoE out.

Have you had much success with that Powerline AC stuff? I've tried to use it on outets in the same room and only gotten fair connections. In different rooms it rarely works at all, so it might be a concern in commercial buildings because of the many drops, no?

In fact i have never used this tool. I googled and i found it.

It´s look very interesting tool, that´s why i posted it...

Fired it up, downloaded the Everfocus IOS App, low and behold, it appears that ONLY IP cameras with a DHCP IP as default and possibly ONLY Everfocus IP cameras can be connected to the app and Ipad/iPhone!.........

I successfully connected my laptop and surface tablet via wifi to the hotspot, then cable connected a generic IP camera (fixed IP) and VWALLA!...... connection to the IP camera default GUI was established along with configuration menu.......

GREAT little device for the price considering the WiFi/POE/HotSpot on Battery capability.

WELL WORTH the money if you are regulary in th IP device config realm as no main power required!!!!!

Regards to all readers,

Their camera must be set to DHCP.

Connect cable to their camera.

None of their APPs has auto search, so you must manually put in the IP address according to the IP Scheme: 192.168.1.100 and go up 1 IP address at a time until it connects

Good to hear B&H did right by you. Which camera did you try it with?

Ari, thanks for the feedback. Their app seems fairly limited then?

Yeah, looks like. Too bad. There's certainly a market here, if they can improve their app.

i will try setting the camera to DHCP first to see if that makes a difference.

i also tried setting the iPad / App IP to static (same as camera default) but app didn't connect either auto or manual.

Chris, I assumed POE meant the standard 48v deal, though looking at the dlink spec sheet it doesn't say... Why would you think differently?

You said ubiquiti before. ive used them, they are usually 24v passive, its pass thru is not gonna work on cameras requiring 48 af. have you seen different?

Provides a secondary Ethernet port with POE output for IP camera (up to 7 watt) The supported cameras include D-Link DCS-3716, DCS-6113, and DCS-7110.

Hate to burst, but it looks to me like that irish dlink isn't so lucky, i doubt thats even 802.3.af on the input let alone the output.

The DAP-3310 uses a proprietary PoE injector which is needed to function correctly.Only use the included PoE injector...

from the manual. it is kinda confusing the first time you encounter it, dont sweat it though- id just chalk it up as a Ruki mistake.. ????

As we are mentioned in the above discussion, I thought it would be useful to point out that Veracity will be launching a Wireless version of PINPOINT within the next 2 months. We demonstrated this product at ISC West.

It will be announced on our website as soon as it is shipping.

Can you announce a price yet?

Can you confirm or deny product name will be "whippin' point"? as in Wi-pin-point?

No, I do not have a definite price yet, but dealer price is likely to be in the region of $250 USD.

[Note : MSRP makes little sense for IP installation tools are they are not sold to the end-user typically. Therefore $250 is effectively the top level price. Hope that makes sense].

I can categorically state that the product will NOT be called "whipping point" :-)

It will be called PINPOINT Wireless. Sorry to disappoint. 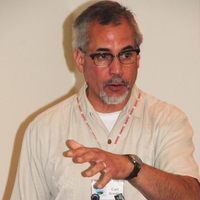 Hi All we have been using the Veracity point source POE injector device paired with small Netbook PC's we have several of the POE gadgets in the field now. The challenge these days is seems to be the small rugged and low cost netbooks. I noticed today on the Tatung USA web site a newer product... TOM-0431IP they are claiming works with several vendors protocols. Anyone here have any exposure to the product? The details and product image looks interesting of course assuming it is not too pricey.

NOTICE: This comment has been moved to its own discussion: Universal IP Cam Test Monitor - Tatung

I've been looking for something as well to assist with pointing/focusing IP cameras.

We have pretty good wireless coverage, but inevitably, where I need to mount the cameras at have weak/no Wifi available.

I ran across this today.

ARC Wireless makes a small router/AP that is POE powered, and will pass POE power to another device. You'll have your POE to run the camera already, so just insert this in between the camera and the cable running back to your POE switch/injector.

Then you'll have a wifi AP in very close proximity to your cameras.

I suppost you could also make a battery pack/converter to run it as a stand-alone device.

Hopefully it will come in later this week. I'll post a follow-up after I do some testing.

Bill you may want to cancel that order, I don't think that device is going to work like you think... Welcome to the world of "passive-aggressive" POE. From your link

But I can't blame you; your wide-eye enthusiasm is strangely familiar; It echoes mine above after I had ordered my DAP-3310 Dlink with similiar specs (though far more expensive)! I didn't cancel my order though, but I wish I had... I'm now debating whether to sacrifice it in some extreme elemental testing or just give it the Bosch NVR treatment.

p.s. if you really do want those specs, try an ubiquiti air gateway, same 24v poe passthru, super small, but only $19.90, showing here... Flytec sells them also i think. 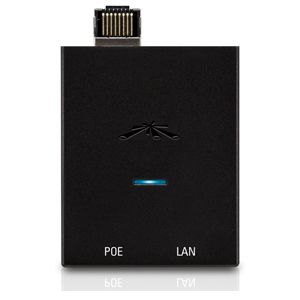 Thanks for the input.

I'm hoping this may still work in my environment because I don't really need 802.3.af voltages. All the cameras I'm working with all run off passive POE and only requre 12 Vdc to run (they will regulate down anything from 48v to the 12v they need.

The Ubiquiti device might actually even be better in my case because all of our Wireless across the plant is based on Ubiquiti APs.

One other note, for the ubiquiti at least, it not only won't work as a 802.3.af PSE, it also won't be powered from an 802.3.af PSE. Though they have a $20 adapter that works. Also beware that the airGateway POE pass-thru appears to have a power limitation well below 12w, because it was only meant for their cpe stuff. But if you already have ubiquiti you know the drill.