A member recently asked for a recommendation:

We are looking for a very good NVR that is rated for external use.

We have a NEMA 4R enclosure that will house the NVR, but the NVR needs to be rated for wide temperatures.

How wide of a tempurature range? Is it going to go below freezing? Because I can think of a few options for very warm applications but very cold applications is more difficult.

You are looking for what the US military (and the people who build stuff for them) calls "rugged conduction cooled components". Not only only that, but you want something on the most demanding end of that bell curve.

Rugged conduction cooled means active and extreme measures are taken to bleed off heat, as described here (linking does not equal endorsement, I've never heard of these guys but the white paper seems good), either because air cooling with passive measures like heat dissipation via design or active measures like fan cooling is insufficient, because air cooling introduces a new complication like dust, or in extremely small form factors where you simply don't have enough room for the amount of air you'd need to realistically cool the components.

Computer gamers do a similiar thing. High end gaming machines can get extremely hot, and you can literally cook your desktop playing computer games. Running tubing through your machine and pumping cooled water will allow you to shoot all the virtual Nazis you want without worrying about your fans, and is a lot quieter besides.

Generally speaking, it's easier to warm the computer than to cool it, at least at the level you're describing. A heating element in or on the PC is a trivial matter compared to the difficulty involved in bleeding heat.

If you're looking for a PC that can handle -40°C up to +80°C, the only guys I can think of who make a COTS unit is probably going to be GE. Assuming you have a government level budget for the project, of course.

I hope this helps.

Sir, following in the style of Ari's non-endorsing endorsement, this "COTS" unit from ADLink plausibly fits the bill, while maintaining a pleasing German aesthetic at the same time.

How about installing your favorite VMS on a Panasonic ToughBook? Something like this would be slick.

Usually when I see some topic to make comment I don't because I won't shoot myself in the foot! But technically being American Serb I am also fluently bi-temperate, I speak F and C, often in the same sentence. And now here without anything remaining in my sleeves, i.e. no reference books or calculators, I am confidently predict that on the hot side 80C is about 175F and on the cold its a famous trick question since 40C is 40F. Although tough it might be tough luck because it cant work over 140F or under -20F according to the link you sent. Your own Frosty Snowman they say was a victim of just such misconversion. ;)

Why not to use NEMA Enclosure with fan & heater ?

The temp range is between -40 to 80 C, there's a fair bit more to consider here than adding a heater!

Not if you run Avigilon on it, then it will handle all the temperature extremes through a patented heat exchanger plug-in! 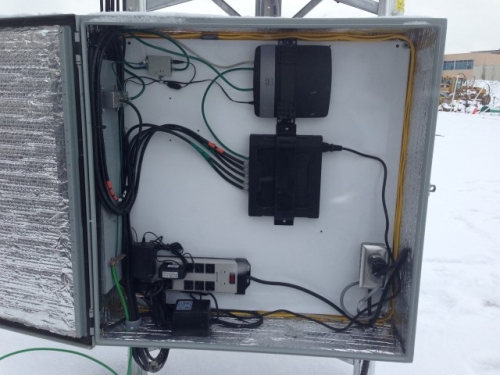 You do not see Fan and mini itx

working fine in Alberta for about a year

I didn't see this -40 to 80 C tempature requipment. lol. Can I ask where on earth would you get that kind of tempature swing?

Member Dan Stone responded with the range in his reply (up above). It is not clear he is the OP, so I updated the initial question with this detail. Maybe he will share details on the application, although I can think of several industrial environments with a larger delta.

I worked on an application in an aging oven (where steel is hardened) that was a giant room that could be anywhere from ambient to 120C! Talk about a swing! Maybe the application is similar.

These units run inside a NEMA 4 enclosure that are in location where the internal temperature inside the enclosure matches the range provided. The units can be located in the desert or in an area where external temperatures are -30C on a regular and extended basis.

Check out Stealth computers. They have weather proof and wide teampature PC's.

Here is a project I worked on. We had a small strip heater installed for the colder weather and the PC is just a standard fanless atom. 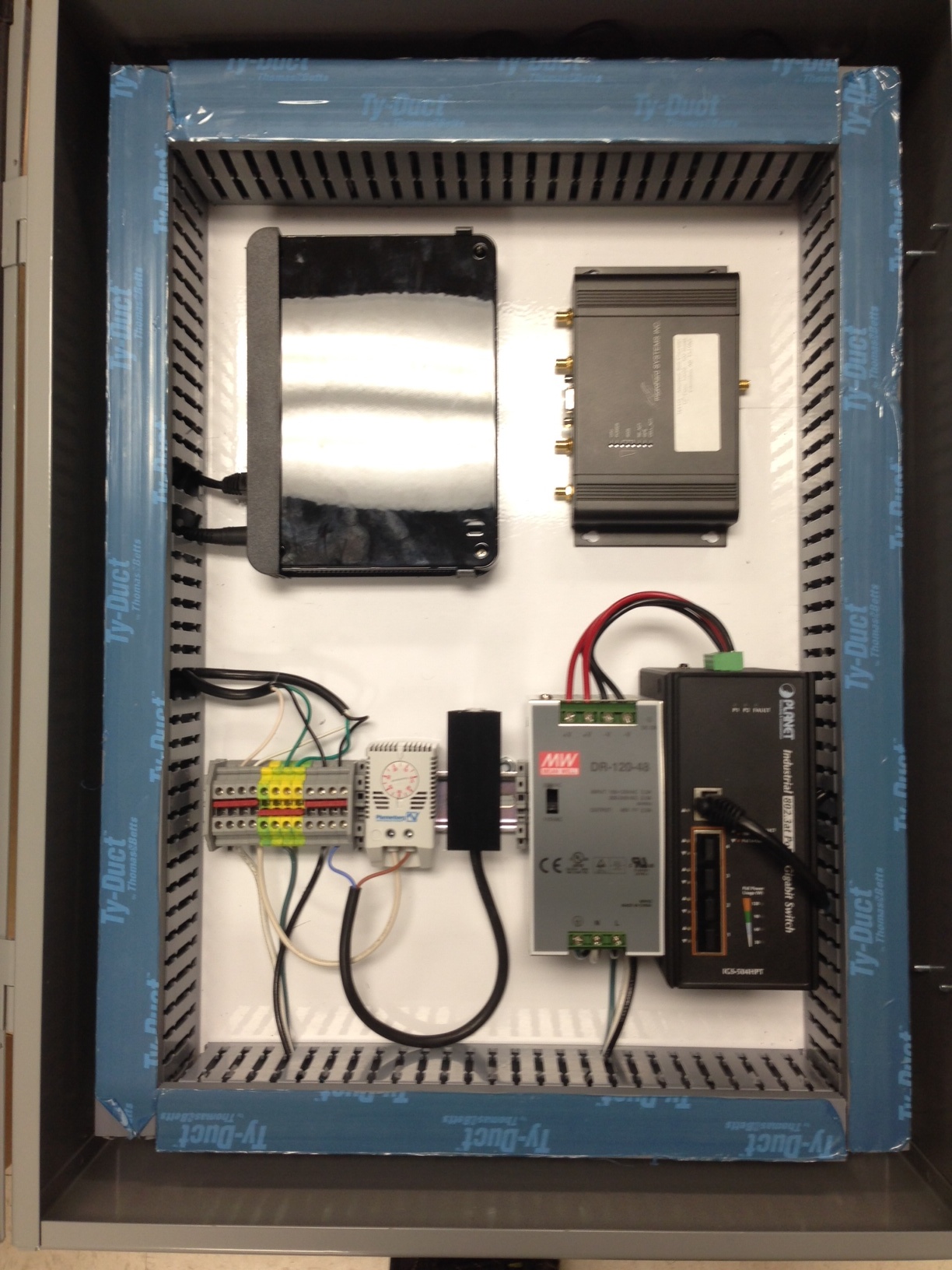 Well, what do you do about heat? Warming the PC is relatively simple. Cooling the PC is much harder, a fan wouldn't do it at 80C (176F).

for cooling use Thermoelectric Modules (peltier elements) as Adlink does

This recommendation borders on worthless. This is like saying "to freeze popsicles, use a copper heat exchanger that circulates freon".

Just throwing out a method of cooling is not a solution. There are many more needed details here, from how the air is moved to transfer the delta, to temperature regulation, to electric rectification.

If you have specific solutions, that's great and welcomed. Otherwise, it's just a waste of time to throw out random components designed to be included in an engineered system.

There are many products manufactured by Hammond for the cooling of enclosure. Every project requires a custom solution that depends on typical ambient temperature, how many watts of equipment need cooling or heating and the size of enclosure the equipment is going into.

Active cooling it is not required on this installation since the equipment doesn't generate that much heat. Everything was calculated based of wattage of equipment and size of enclosure. The PC only requires passive cooling as its is a low wattage atom and displaces very little heat. If it was to be installed in the Southern USA well that would be a different story but its being installed in northern Canada.

I am in wrong business :)

Thanks for the price, scroll up 21 hours for the picture. ;)

Guys, if you put one of those ADLink PCs in an enclosure, all it's going to do is transfer heat from the PC case TO THE ENCLOSURE. It's like saying "My server room doesn't need to be cooled, my server has a fan!" The entire enclosure needs to be heated and cooled. I'm assuming there will need to be switches and transformers, and whatever ancillary equipment, as well.

...all it's going to do is transfer heat from the PC case TO THE ENCLOSURE.

Ethan, as I read OP requirement, it is for an NVR that can operate between two extreme temperatures. This Adlink unit operates within those ranges, how that range is maintained by the external enclosure is a seperate (and not asked question). See Duncan above. Please understand this is a sealed unit which dissipates self-heat via conduction thru a cold plate.

Any attempts to reduce the local entropy of a thread can only do so by increasing the overall entropy of the forum.

This is the new nerdiest reference on IPVM. Congratulations.

Brian, please ignore my snarky and oblique retort, and instead explain how the capitulation of entropy undermines my response to Ethan.

I can't thank the contributors enough, especially Brian, as I now feel intellectually equipped to argue that latent effects of Entropy on world peace and stability can be measured. Thanks, Brian!