The Trump administration is now considering sanctions on Hikvision, the New York Times reports. These would be Entity List sanctions, the same kind applied to Huawei. As we've reported, this would ban US firms from exporting technology to Hikvision. As stated by the NYT:

The Commerce Department may require that American companies obtain government approval to supply components to Hikvision, limiting the company’s access to technology that helps power its equipment.

The NYT did not provide a specific timeframe, beyond stating that "administration officials could make a final decision in the coming weeks."

Due to the report, Hikvision's stock price plunged almost 10% on Wednesday China time, before recovering slightly.

The NYT specifically pointed out Hikvision's ties to human rights abuses in Xinjiang, where it has won hundreds of millions of dollars in PRC government surveillance contracts, including facial recognition cameras for mosques and panoramic cameras for the region's notorious 're-education camps'. Reports indicate that up to 1.5 million Muslims, chiefly members of the Uyghur minority, have been locked up in such camps in Xinjiang in an unprecedented human rights crisis.

A group of Congress members previously called for sanctions on companies profiting from human rights abuses in Xinjiang, including Hikvision and Dahua. The Trump administration had considered implementing these last August. However, those demands reportedly fell by the wayside as trade talks with China improved.

Now, with tensions heating up again, sanctions specifically on Hikvision are back on the table and look more likely than ever before. 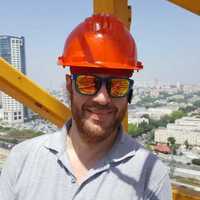