Nest's smoke detector is for sale again, along with a white paper on the exact nature and prevalence of carbon dioxide leaks.

See, seems the Protect collects and transmits data, not only on alarm events but on any detection of CO. Here, Gizmodo engages in wild speculation about what other data they might be gathering, and what that might mean now that Google invested in Nest.

Ari, I thought it interesting that Google looked at Nest as a trojan horse into one's home... don't they have that with the Android OS already?

Gizmodo engages in wild speculation about what other data they might be gathering..

I would like to think that I set the high-water mark around here for outlandish speculation, and this pales in comparison I must say. Why? Because of the multitude of sensors embedded in thr device that have latent capabilities. Ones that could be activated remotely, thru an update. That's why this is a different form of trojan than a netbook or embedded linux device, which as Keefe implies, has probably already taken hold in most homes.

Ari, if you accidentally discover a microphone in your toaster, wouldn't it be fair to speculate on its current purpose is and what its future use could be, even if you were assured by the spokesperson from Tasty Toaster that the microphone was not being used to record conversations?

Honestly, I think some of the discussions could use less wild speculation and recycled jokes and more actual useful posts.

Undisclosed Manufacturer, you have made your point, repeatedly. In the future, if you want to criticize or debate with people, use your real name.

A, thank you for your honest and wise advice. :)

You will be happy to know that your concerns are unfounded in this case at least, since you may have overlooked a subtle, but significant nuance:

This discussion itself is not wild speculation, it's about wild speculation, at least so far. Can you see the distinction? Ari said Gizmodo was being wildly speculative, I said thought it was not so wild. I offered the reasons I though it wasn't. Even the tasty toaster tidbit is merely hypothetical, since I'm obviously not trying to convince anyone that Ari might actually find a microphone in his dishwasher, right?

So the posts themselves were not 'wild speculation' anymore than your own post would be considered such because of your use of the term.

As for the useful postings, the floor is yours, Senator!

While there's no metadata-gathering story that's too farfetched in the wake of the Snowden revelations, there's also no reason to stop using every device with latent data gathering capabilities.

Maybe the discussion should be retitled "The Layer We Shouldn'T Consider" :) 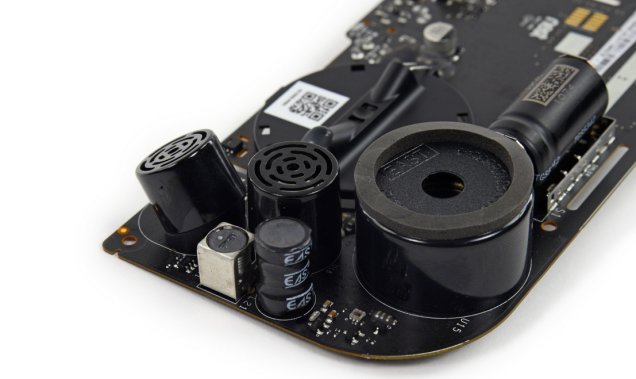 On the other hand, if I mistook your energetic writing style as contempt of Gizmodo, when all you intended was a humorous jab, then I want to retract my earlier challenge to you, and apologize for diverting the thread from its intended destination.

Either way I would like to clarify that I'm not saying we should rip our Nests out, I'm just saying that it's worth considering what this device can do. It certainly has some novel monitoring capabilities of our offline activities, made all the more worthy of scrutiny, since they are now owned by the company that knows more about our online activities than anyone else. And who could conceivably attempt to use both in a targeted marketing campaign. Surely bolder plots have been hatched...

As for the light and heat detection alone, it's ironic that Consumer Reports recently thought that they were actually short a sensor

But fast fires are more readily detected with ionization sensors, according to CR -- and in this test, the Nest device did not perform as well as the well-reviewed detector from Kidde (which costs $23). The Nest device only has a photoelectric sensor, according to the review.