It cites IPVM including:

John Honovich, the founder of IPVM, a trade publication that investigates and reviews security cameras, said thermal cameras are "bar-none clearly the hottest selling item in video surveillance right now, and companies are scrambling to get products all over the place."

"The only thing I would compare it to is when I first got into the surveillance camera industry after 9/11 when price was no object," Honovich said.

"People are frantic to get their business back open, so they're trying to figure out anything they can do to get customers to come back or make employees feel safe," Honovich said.

They also quote a virologist:

"The big problem is that not everyone develops a fever. The vast majority of cases are mild to moderate," said Dr. Joseph Fair, a virologist and epidemiologist, referring to COVID-19. "And then we have asymptomatic people as well that are very infectious."

"Temperature checks are things that we mostly do out of an abundance of caution, but they're mostly a visual measure that makes you feel better," Fair said. "It makes you feel like you're going through some kind of screening but they have very limited effectiveness."

love the mention - it's about time!

The only thing I would compare it to is when I first got into the surveillance camera industry after 9/11 when price was no object," Honvovich said.

One firm, Athena Security, which sells a "fever detection system" has already clocked in more than 1,000 orders in the last two weeks since they launched their new product, the company's CEO, Lisa Falzone, said.

ah, well, you can't control everything... 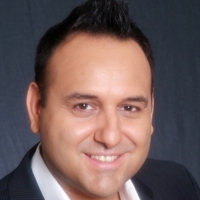 Congrats John for being picked up again by the mainstream media!

Yep, very strange article. It does not look like a serious investigation with the conclusion, it is like rumors.

On the one hand, industry experts which told that it doesn't' work in the way how some companies try to sell this technology, on the other hand, "companies" which say that their services best of the best for detect fever, their service sold like pies and save lives.

Where is fact-checking? Where references on IPVMs researches? Have they tried to contact at least one of Athena’s "1000 clients"? Did they contact U.S.Air Force to ask them about their cooperation with Athena? Have they contacted at least one camera manufacturer to get their answer regarding recommendations on using thermal cameras for those purposes? e.t.c.

People will read this article as follows: some experts told this is not accurate and doesn't work appropriately. Companies (maybe also experts?) say that their services are working as designed and can save human lives. We don’t know which of them is right, but Athena said that they already have 1000 clients and maybe they know something that the experts don’t know.

Very, very bad NBC News. This is not journalism, this is rumors.

#1, #2, good points about issues with the story. We have worked with many reporters from the world's largest publications and this is a general challenge.

These reporters have wide coverage areas and editors who generally want them to write high-level pieces. The combination of these two almost always results in many details being omitted or obscured and sometimes just wrong.

The plus side is that outlets like NBC News, Reuters, the NY Times, etc. can draw a lot more attention to a broader audience than a specialist like IPVM.

Net/net, I think these publications are a benefit to drawing attention to these topics but as you both point out, have problems with important details.

I agree with #2 here, A little follow up as there is a story practically handed to them on a platter and they don't seem to get it or care. I am very saddened by the state of journalism these days.

I can definitely understand why it seems that way. It's important to understand the context of how these 'survey' type articles are produced by large news organizations. They usually spend a few weeks working on such articles (e.g., I first spoke with the reporter more than 10 days before this was published). The Athena issue only emerged on IPVM 2 days before they published so it would be hard to stop everything for that. Also, from NBC News perspective (or other large media organizations) it is hard to evaluate such niche technical claims.

Also, from NBC News perspective (or other large media organizations) it is hard to evaluate such niche technical claims.

I agree that journalism is at an all-time low. The key point is that many contagious people don't have a fever. Therefore spending money and resources (both constrained for many in this crisis) on thermal cams is not generally helpful as a way to combat the spread of COVID19.

What is your opinion as to why "journalism is at an all-time low"?

I don't know why journalism is at an all time low and I did not make that claim. I do think it is just lazy, of poor quality and often very incomplete.

I also think there is much political bias in most of our news sources today.

You could interview top ten tech firms off the record and ask about if they felt China is honest to deal with. I have friends and all three storage companies, most the NAND companies, the CPU and GPU major companies, the top two networking companies and I can tell you it is a resounding no.

They lie even when it really does not serve them, when you catch them in a flat out lie they get angry when presented with 100% proof. We have had VP level small meetings where we knew the people very well. We have flat out told them we knew they were lying and it just made the Chinese look bad and asked why they do this over and over. We were told "dont ask that".

When you view financial shows on TV they elude to this but this really is not reported on the way it should be. I don't believe the Covid-19 numbers out of China one bit.

Kudos to IPVM for exposing this false advertising when literally nobody else could/would. Top 4 results for a Google Search of "athena thermal camera covid" are now :