MX Leo, Activity centre was a huge plus but the instability it has caused ???? Mobotix now state that they are a camera company not a software company.

Has any one experienced this first hand, is milestone the solution? we have over 80 cameras in one installation alone.

And so subtle it went unrecognized for months... 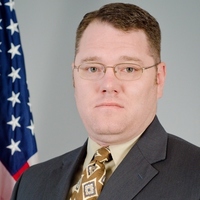 This is the list of available cameras in the current version.

Does anyone have a list of third party cameras that can be viewed through the Mobotix software?

i have 8 years of experience with mobotix, but no poblems wit the stability.

Dr. Hinkel has always run dev and to have to wait another 18mo for a new viewing software is asking a bit much isnt it since we have been waiting already 3+ years for MxCC 2.0 -- I am just really disappointed with them as I spent 6 years selling their cameras and they seem to care less about the UI or any of the field input we give them.

Reply Edit
Delete Create Issue
Create Topic
Ban post
05/07/14 09:40am
I was at the last partner conference and they said the new software would be in beta by this summer, and there was no release date for a production version. The time frame of 18 months was repeated several times... and that seems about right since it is only in early alpha right now. While I agree that stability has been an issue, it is one they recognize. This new stuff was written from scratch, with that in mind. I think that this new stuff seems to have them back on track. Dr. Hinkel is running development directly now and there have been some major changes internally so jumping ship right now is probably a bad idea.
Reply

Remember the old adage, you get what you pay for. Just sayin'.

It seems like Mobotix has stopped development of MxCC in favor of their new announced MxMultiviewer software, which as I heard seems to be targeted to home automation (integration of T25, ...)

We have installations with Mobotix cameras running on Avigilon, Milestone and SeeTec VMS.

I talked with Mobotix and they said MxMultiviewer is scheduled for this September.

Undisclosed A, have you spoken with Mobotix tech support or regional sales? I can help facilitate that, if you'd like.

I am not a fan of Control Centre's UI but I suspect they should be able to help with the crashes.

This is my biggest frustration with Mobotix, the software is a throwaway for them and they justify its shittyness by reminding us that it's free - I have seen Milestone and Onssi work well with Mobotix -- they did have a new viewing sofware at ISC West but I wasn't able to see it really work as its still in beta and I'm not holding my breath that it will be released anytime this year - i'd love for them to prove me wrong

where is the new viewer platform as promised in April?