Do you have any technical comparison between Milestone and Genetec?

A, we recently published a test on Genetec Security Center.

Next week, we are publishing one on Milestone XProtect.

In September, we are going to do a comparison report between Milestone and Genetec.

In the meantime, are there any specific features / technical elements that you want to see compared?

Shall I expect something from your end for the main subject. 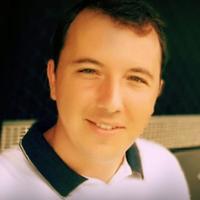 Will this comparison between MLTN and GNTC be made?

Thank you for replying.

The below points are including what I need to compare:

- Ability to work with 2 active active datacenters. if we are talking about 5K + cameras

- Archiving onto a long term storage facility and storage consumption

These are very specific, high end aspects that I don't feel comfortable taking a position on. We just have not tested nor could we easily test the elements you are requesting. For a project like that, I think it may be easier to point out the primary aspects that you are looking for rather than a comparison between the two (such as wanting a specific DB architecture rather than just saying which is "better"). In terms of scalability, it would also be important to note on what level- Genetec has an absolutely monstrous system for Target, but if your version of scalability is 10-15,000 devices, then both would handle that (though I tend to think that Genetec does a better job sorting device counts that are that large).

The integration with Lenel I would think puts Genetec in the lead, if the end user is looking to ever change that over then Genetec has the ability with very little new hardware to completely unify the access and video for that site since it's all mercury hardware in the field already. We have done takeovers with Genetec and they have been a very smooth process for us so far.

I would definitely recommend using the federation aspect of the Genetec platform both both datacenters, it lets each run as a standalone system that are both still tied in to each other (in case they want central review from a single SOC for instance). That way each site is not dependant on the other, but both still have the ability to support each other (of course, what users could see what site to site is still dependant on their login, so you can make that very granular in terms of what they can do with cameras and even what cameras they can see at each site).

Stability wise a lot of it will depend on the hardware you will be using, I would shy away from VMs if possible (though both do support it), I have had better results on system stability and speed for Genetec when it is on a dedicated box rather than sharing resources on a VM (a lot of that is typical for a VM, but is always seems to be security that has their box shaped out to barely meet min spec).

Storage will depend heavily on the cameras used, but Genetec makes it pretty easy to be exact with what cameras need stored for how long, and you have the ability to set multiple different recording rates that you can impact with alarms, motion, manual, etc in order to make sure that a camera looking at an empty hallway is only streaming at 720p/5fps rather than 1080p/30fps for instance- it's been a lifesaver for us when it comes to maximizing storage.

Genetec also has an already built plugin for the Ipsotek VCA solution, so it would need it's own server but it is a supported aspect (we haven't used that solution though in the past so I can't speak to it's ability in Genetec or Milestone, but the plugins that we have used in Genetec in the past have worked very well).

Was this comparison ever done? I do not see it on the site.

Was a comparison review ever published?

Dondi, we have not published a comparison review. We are doing more VMS tests this summer and I'll put it back on the short term queue. Thanks for bumping this, sorry for not having it available.