Avigilon announced that they have rejected 4 out of the 5 charities in their month long online poll / contest. One charity did receive "one full surveillance system (workstation, software and 5 HD surveillance cameras)."

The charities rejected were:

A recorder and 5 HD cameras do not cost much money (a few thousand dollars or so, even at the high end). And these charities sound like they are serving noble causes.

I personally think running polls / contests to see which charity wins is distasteful, and worse because the prize is so low relative to the greater expense of running the contest and promoting it.

Indeed, this could be a good opportunity for other manufacturers to jump in and help those charities Avigilon rejected.

Undisclosed, are you willing to help? If you make a cash donation, I'd consider matching yours. Let me know what you will commit to.

Beyond that, I am already helping by putting out this call to action to surveillance professionals around the world.

Correct me if I am wrong, but isn't Grace Mugabe married to the "president" of Zimbabwe? The same "president" who is basically stealing everything not nailed down in Zimbabwe? Including all the land. I would think her "charity" is not anything close to what a real charity is. Speaking imho that is because I am sure Avigilon did their due diligence and I have no direct evidence of any wrong doing by her or her husband.

Wow...how weird. I agree with you, very distateful.

From the page you link:

"Avigilon will continue to give away one full surveillance system (workstation, software and 5 HD surveillance cameras) per quarter. All of the runner ups from this round will be considered for the next donation as well. "

I think calling these "rejected" charities is a little bit harsh. They're giving away some stuff, sure these kinds of things are usually as marketing/PR driven as they are altruistic, but I think we'd all agree that no security company could afford to give out a system to every charity that raised their hands. Avigilon has earmarked some equipment for donation via a contest, which naturally means there are going to be winners and losers.

What should they have done instead? Donate nothing so that there are no "losers"? Make a donation, but not to a charity?

On the flip side, I've worked with many charities in the past, made donations, helped with fundraisers, etc. They're usually used to entering lots of contests and winning very few. Right or wrong, that's just the landscape, so I don't think the "rejected" charities are taking this very hard or suddenly having to let go some of their staff because they didn't win 5 cctv cameras...

Also, I think you have a bug in your forum software. After I posted this, it lists me as the topic starter. Don't pin that drama on me ;)

"What should they have done instead? Donate nothing so that there are no "losers"? Make a donation, but not to a charity?"

They could just donate without a contest. In terms of charitable efficiency, it is far more effective. Instead of paying PR / marketing people to run a month long campaign (which costs thousands), they could afford to give away two systems.

And then we see the threads that the recipient was chosen unfairly, other causes were more worthy, etc.

This is kind of a "no good deed goes unpunished" situation.

To the contrary, actions like Avigilon's donation to a Vancouver Women's Center in 2012 are commendable. They did it, they announced it after the fact and no one criticized them.

My issue is the month long contest, which is a shameless PR / SEO tactic, wrapped around a small donation.

I wonder who is installing the system. Or if it's just a matter of "Here's a system, hope you can find some one to put it in for you." 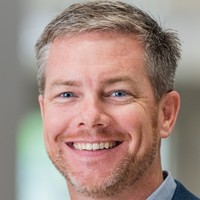 With a marketing budget like theirs, they could cancel their ISC West airport banner campaign and donate a system to every applicant. Besides, its not like they are giving out first-run product or cash contributions. They are probably clearing out their shelves to get rid of all of the "B" stock that they use for warranty replacements. Throw me in Brian Karas' jaded room.

There should have at least been a consolation prize of $500 donation to the other 4 charities or something. That's what they typically do on "celebrity" Jeopardy shows where the "loser's" charity still gets a $25k donation vs $100k for the winner or something to that effect. Ultimately this is a camera system, not cash dollars going to operation and budget, so its only moderately noble gift on the surface. I think its a nice thing, but clearly was thought up by and worked on as mostly a marketing effort to justify a few months worth of work... 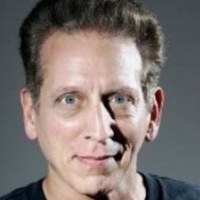 Making a big show of your company's generosity seems very self-serving and insincere in my opinion. If Avigilon really wanted to support a charity for moral reasons, they might have just decided on one themselves and made a donation without making a big spectacle. Strange thing is that Avigilon didn't just pick the winner themselves but had people vote on-line for their favorite. From their website, "After a month-long online voting process, Harbor House received 53 percent of the votes." Seems like a tactical move by Avigilon to deflect potential hard feelings from the losers by making the voters pick the winner. To be fair to Avigilon, they also stated, "Avigilon will continue to give away one full surveillance system (workstation, software and 5 HD surveillance cameras) per quarter. All of the runner ups from this round will be considered for the next donation as well." It's honorable that they will continue to make donations each quarter. I'd like to see a few other manufacturers step up and do the same. Interesting they said the 'runner ups' will be "considered for the next donation." Why not just donate to these runner ups, one per quarter, without the big show and public voting?

"Why not just donate to these runner ups, one per quarter, without the big show and public voting?"

All morals aside, I think this shows how savvy Avigilon's marketing team is (at least in the short term, without factoring in negative industry pushback).

My guess is that a major benefit of the public voting is that it drives links and traffic to Avigilon's website (tweets, facebook likes, blog posts, etc. from each of the candidates, their friends, supporters, etc.). Avigilon's quarterly reports emphasize the importance of increasing their website traffic (noting it's up 60%+ in the last year). To get top search engine rankings (which deliver a ton of traffic), diverse links are critical.

Agreed, John. A savvy marketing team indeed. Marketing 101 teaches that at the end of the day, it's really all about the numbers.

Still, it seems pretty distasteful the way they went about all this. I wonder if Avigilon plans on sending an email to the 4 losers saying, "Nothing personal. It's just business."

Maybe they should have donated some leftover 1MP, 2MP JPEG2000 cameras they just EOL to the 4 unlucky charities.

On a serious note, we have donated a system for the local Salvation army (analog) and for local county fairgrouds (also analog) during the week of the county fair. Let me know if you need anything, might have something laying around.

JPEG2000? I hope they include the hard drives!

I am really curious to see if any UK manufacturer takes advantage of this situation. There are 2 charities right in their backyard that they could easily support.

How obtuse is Avigilon's marketing department? Every 'contest' I've ever seen associated with a charitable donation has also rewarded the losing participants something. Giving the 'losers' nothing (except a chance to win in the next round) leaves a pretty objectionable taste in everyones mouth who participates. Even the winner shares the 'guilt' of the losers getting nothing.

'Competing' for a charitable donation makes it appear to be a 100% marketing scheme.

Simply donating to a worthy charity or cause (which a company can certainly use in their marketing) would help make the effort seem less self-serving and distasteful.