Dotworkz is definitely a niche specialist, primarily housings and other accessories.

For example, on sale now: 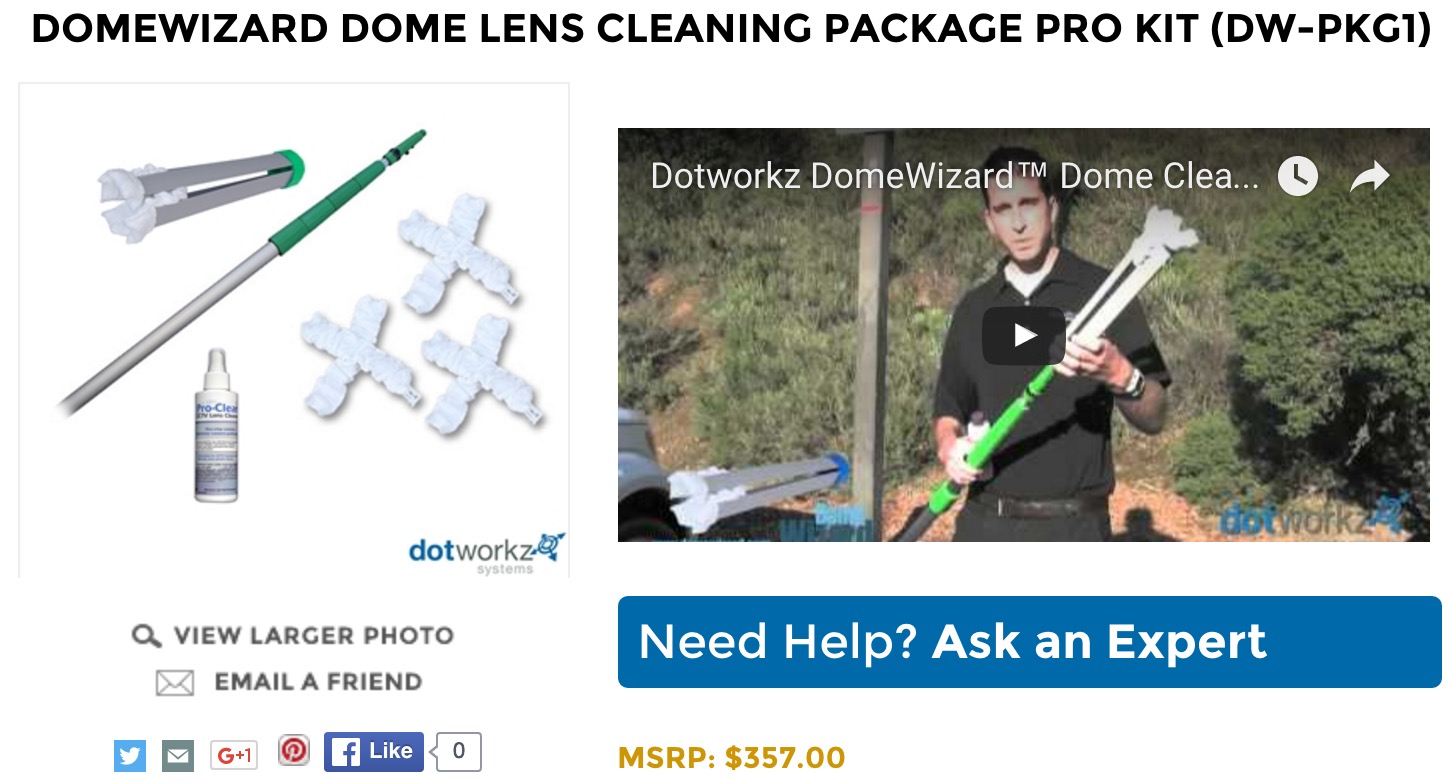 What do you think? Good idea? Bad idea? Channel conflict? Easier to order? Future of the industry?

They've been selling direct for years and years with no problem. As long as they, and anyone else who wants to do this, sells at MSRP, I don't see what the issue is.

And if Axis, Dahua and Hikvision sell direct at MSRP, no problem or?

Well, I think an equally important element is the signaling effect. If Axis lets you buy off their website even at MSRP, it would seem to validate / encourage end users doing it themselves.

One, it simplifies the decision. Maybe the integrator is cheaper but a user can get it 1, 2, 3 off the website without an integrator. There's time (i.e., money) in going out and getting quotes from different integrators, etc.

I think surveillance manufacturers selling direct off of website is the future but I am skeptical that it's beneficial for integrators.

I buy my Mac computers from the Apple Store because my experience shows they know more and do everything related to a Mac better than their resellers/retailers, in particular the big box stores. No doubt there are some boutique specialty Apple resellers that I might like even better than an Apple Store, but I don't know who they are, I have no incentive to search for them as I am VERY satisfied working with Apple Stores. Dotworkz recognizes that there are end users that would prefer to buy directly from them for some of the same reasons that I buy direct from Apple. Like it or not integrators, this is where the future of the security industry is going, via mobile devices.

That's actually an interesting example to use, because the bulk of Apple's hardware sales revenue (exact numbers are very hard to track down) comes from third party resellers, not Apple direct. In fact, a certain photography store I know has such a close relationship with Apple that Apple allowed them to open a branded Apple store inside their own store. That's why I have an Apple Sales Professional certification, which is the same certification Apple Geniuses get.

Advantage for the customer: the ones who, like Jeff, want or need to go direct can do so. The ones who need a more complete solution can go to an authorized reseller, who, like the integrators, can advise the customer on not only what Apple product to buy but how it'll work in their ecosystem. For example, I can sell a customer a Mac Pro, along with photo editing software, a camera, a tripod, a lighting system, lenses, and so forth. If you have a question about your computer, you can go to Apple. If you want to buy a complete studio setup, or you have questions about how the Mac Pro is going to compare to the HP Z840, you'll want to go to someone who sells all those things and can talk intelligently about them. Not only that, but it's more likely that I'll be running a sale or throwing in promo items than Apple, who rarely feels the need to run sales or throw in promo items.

Would things be easier for Apple authorized resellers if Apple was somehow compelled to not sell their computers direct? Obviously, but that's not the world we live in. All it takes is one manufacturer to start selling direct and all the rest of them are going to have no choice but to follow suit or risk losing out. Direct sales are coming whether integrators want them or not. Very few manufacturers are going to see end users googling for product and not do something to capture them. But charging MSRP at least keeps things fair and allow the integrators to compete, which is what Apple does by only charging MSRP for items not officially discontinued.

"The Company sells its products and resells third-party products in most of its major markets directly to consumers and SMBs through its retail and online stores and its direct sales force. The Company also employs a variety of indirect distribution channels, such as third-party cellular network carriers, wholesalers, retailers, and value-added resellers. During 2013, the Company’s net sales through its direct and indirect distribution channels accounted for 30% and 70%, respectively, of total net sales."

I am assuming that this is driven by iPhone sales, which are more than half of Apple's total revenue and that iPhones are primarily bought through mobile providers.

I would like to see an IPVM pole asking who uses/likes what and why, Mac vs Windows computers.

Mac Vs Windows: What Do You Use?

Ari doesn't see a benefit to integrators, but depending on the 'spread' I do. If the MSRP is significantly higher > 50% ?, then the MSRP makes the consumer value the dealer price all the more. The website should state that you may be able to get a better price from a dealer.

Even if he buys the first one or two from the mfr, they are likely to be more choosy when buying more.

Agreed as the spread gets smaller, it starts to work against the dealer because of what John said.

"depending on the 'spread' I do. If the MSRP is significantly higher > 50% ?, then the MSRP makes the consumer value the dealer price all the more."

That's an interesting point. You would have to factor in online sales from third parties as well.

This setup would probably only make people feel foolish from buying Crappycam's website.

It would be an interesting experiment if you combined a high dealer discount with online direct sales but no third party online retailers. 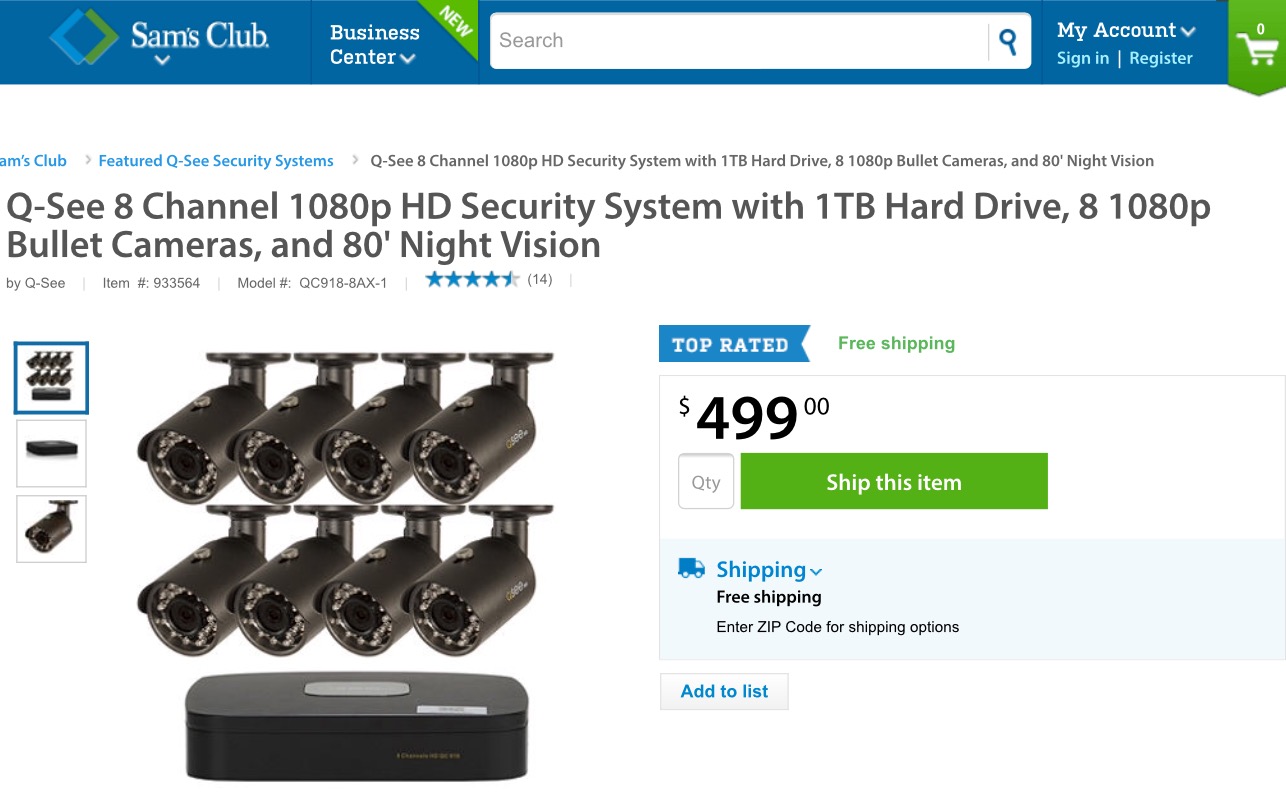 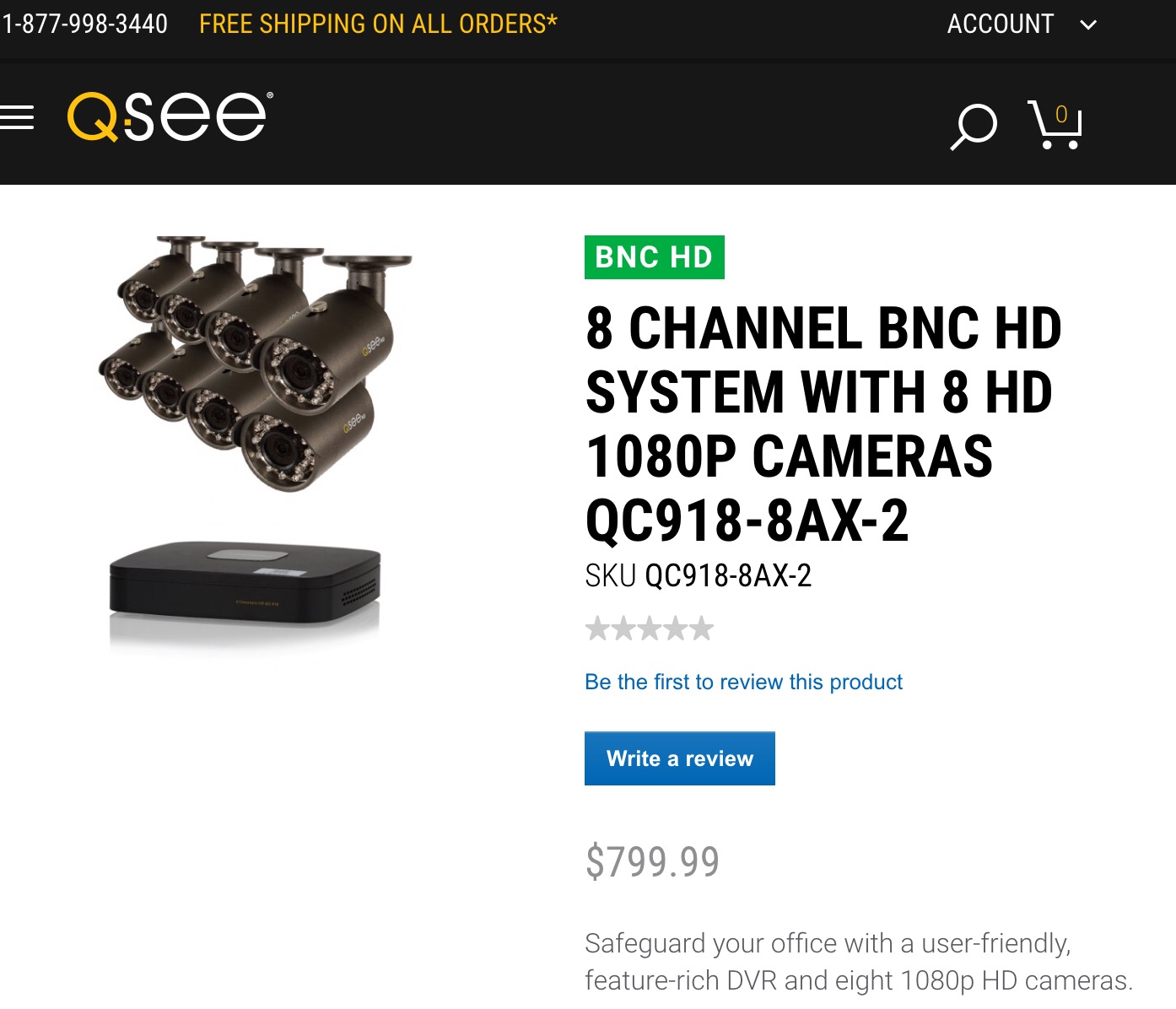