Manufacturer Reps: Do Your Customers Ask You To Sign Ndas Often?

I've had a couple come my way lately. Is this something you see as commonplace? The length of terms on the last one was 5 years and a colleague of mine said that they are usually 3 years long.

Most integrators think they have the best tech or special relationships that they do not want to disclose. But a really good sales person for a mfg has a special position with the consultant, end user, and his past contacts. So I when I worked for mfg I did not sign any NDS, unles my company wanted an NDS with the end users. I have done some work for mfg Reps and find them less agressive, so many times they will do anything to get into the game(project). So my answer for the integrator or distributor, dont mess with the hunter type sales person, and typically if the mfg rep sales person will sign the ndf too easilly, he is just a "me to guy", and typically does not bring nything to the table.

I will also share with you that there is typically a cluster od sales people working for mfgs that are hunters and the share info and partner all the time. Its better to have two or three set of eyeball in an account rather than just one. 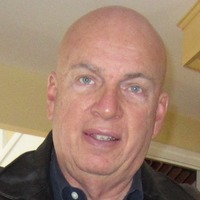 I have been asked to sign NDA's by integrators several times and have declined most of them, as they were too broad or open ended. I have signed two, based on specific projects or special relationshipos where we are privy to vey sensitive securty issues and business practices. When I consider the NDA's I declined to sign, they appear to be based on a perception by the integrator that the reps they bring into opportunities, either because they need access to certain products, demo gear or knowledge, should not be trusted. This whole topic of trusting reps has been ongoing for a very long time, and has its roots in the early years ('60s and '70s) when the electronics market was just taking off and considered to be a "sellers" market. Reps at that time literaally controlled the access to their products, as demand far outstripped supply, which led to shady deals, undercutting, special relationships, etc. Thing have changed slighty since the good old days since the market switched over to a "buyers" profile.

To keep the discussion brief, today security projects are ever increasing in size, scope and complexity, and a rep firm that has established good practices regarding personalized and individualized service, persistent follow up, and yes, a code of ethics, is a valuable partner for an integrator to work with. There is some general bias to reps (in fact, John, I hear echos of it in some of your comments), but in reality, is the ratio of "bad" to "good" reps any worse than that of integrators? One of your previous comments was that you know of a rep with a bad reputation in your area, and I submit that bad reps are generally well identified, and avoided. At the same time, we have a list (very short, thank goodness) of integrators we will not deal with for much the same reasons.

On the praactical side, NDA's between reps and integrators are probably just wasted paper anyway. Tracing the source of an information breach, and taking legal action on it, is improbable at best. I feel an that establishing a relationship based on trust, and frank discussions between integrators and reps accomplishes more that a signed NDA. 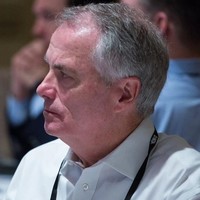 08/16/13 04:48am
Because integrators, as the name implies, INTEGRATE. In some instances that is what separates one integrator from another. So, if you are able to distinguish yourself and your solution set through your ability to integrate various products and services with a mixture of your "secret sauce", why wouldn't you want to protect that knowledge management through the use of NDA's? I've also witnessed how loyalty to a manufacturer can often be a One-Way street in the "IT" security profession. Having cut our teeth in the physical security trade, I can unequivocally state that the physical security dealers have a relationship that is not as one-sided as I have witnessed since "crossing over". Let's just say after getting burned more than once we have learned it is better to guard your clients and projects as Top Secret compartmentalized projects for our company's eyes only - as circumstances permit.
Reply

Btw, in terms of term, 5 years is crazy, even 3 years feels long. 2 should almost always be sufficient to protect ongoing deals.

Why is it worth it? Because the rep does a lot of business with a competitor, or is old friends with the competitor or is getting kick backs from the competitor.

There's a famously shady rep in our territory and all the integrators and other reps seem to know this, but the guy seems to continue to slither along (more than a decade now)

Being shady dooms you from getting bigger but if all you want to do is eek by, and not work hard, trading valued information to your pals or favorite integrator customers is not illogical.

First of all, as a rep your reputation/relationships is really all you have outside of your product knowledge. I cannot for the life of me understand why it would be worth it to ruin your reputation to share details of a job with a competitor.

First of all, reps are not to be trusted ;)

Secondly, this is a top complaint against reps. I am not sure how often it happens but when it does, integrators go nuclear for understandable reasons. Reps know a ton of things going on in the territory, and regularly speak with direct competitors so it's easy for them to get information that can help or hurt integrators.

I have not heard of such NDAs being executed but I do see the value in them. I wonder what other reps approach / policy is on this.

Footnote: We have survey results about what integrators think about manufacturer reps.

I mean integrators asking manufacturer reps to sign NDA's. For example, a major project overseas being worked on. That is all the details I can provide but the integrator I work with was very adamant. I had a partner from an unnamed manufacturer traveling with me who refused to sign it because he wants to run it by his legal team first (which makes perfect sense).

So far in the NY/NJ territory I have only signed two NDA's and both were from the same customer/integrator. He is a really good customer of mine so as long as he is buying my product I don't really care that I have to keep quiet about where the equipment is going.

He cited scheisty behavior of reps in the past that cause him to require NDA's for these things.

Michael, can you clarify? When you say customers? Do you mean integrators asking manufacturer reps to sign NDAs? Or the other way around? Or some other combination?

Btw, we are having a related discussion about integrators asking their end user customers to sign NDAs.