Lets Give John Our Vote

John Honovich is one of the candidates for the Securityhive Security and Video Surveillance Market Influencers. It is my personal opinion that John and IPVM have quickly become one of the more valuable resources in our industry and certainly are "market influencers"

Please join me in voting for John.

Michael, thanks for the kind words.

That said, I feel the same way about this contest as I did about IFSEC's, i.e., The Most Important Person In The Security Industry

They are SEO / publicity campaigns for the organization running it.

However, it's clever for SecurityHive, as a site with little name recognition and traffic, to do this because the manufacturer winners will certainly link back / run press releases about their people being 'top' influencers.

My prediction has already come true!

There's no one on this list that made me say "who?" but there's certainly a few who made me say "that guy? someone considers him influential?"

Presumably anyone could nominate anyone. And most of these people seem to be nominated by their PR / marketing people...

Yeah, we've all felt the wrath of the mighty Louroe PR juggernaut. One time I happened to mention Crown Audio on Twitter and a Louroe PR intern slashed my tires and made my credit score drop 20 points.

The winners are in...

Axis got all 3 of its guys on the list. Fist pump!

Avigilon's CEO did not make the cut, though he has more important things to be concerned about. 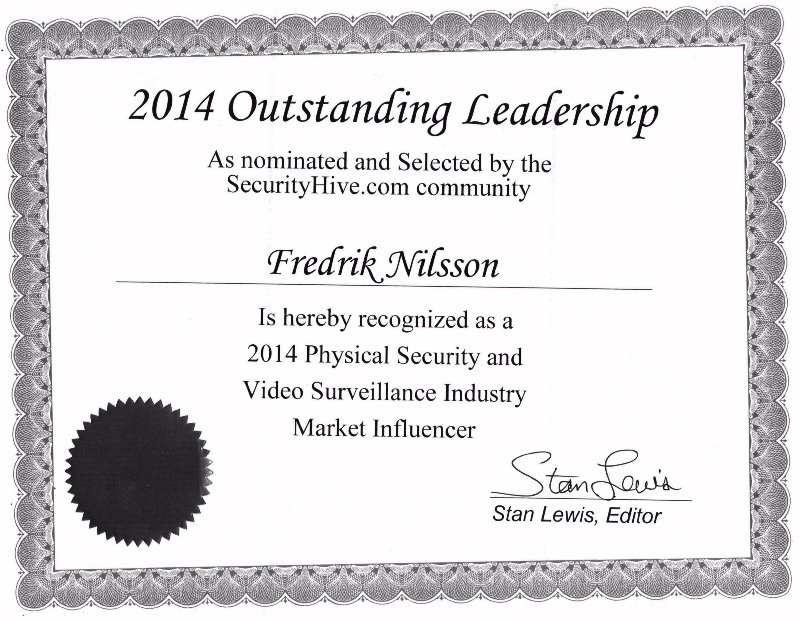 Kudos! Top five finish in debut competition is nothing short of impressive.

Unsolicited advice for next year: Don't rest on your laurels, start everyday asking the question "How can I most influence the market today?" ;)

It's listed alphabetical by first name...

Ready for your showcase?

SecurityHive will interview each selectee individually and post a SecurityHive.com Showcase Profile online so that everyone can get a better understanding why so many others see these market influencers as people to watch.

Another hive PR benefit to the contest. They must have been a little upset that Alex F did not place, just for the interview buzz. Ironically, while the overall list is somewhat spurious, if there's anyone who was inarguably a market influencer in the last year, it would have to be A.F.

It's listed alphabetical by first name...

In that case, if you care to "move-up" a notch in the list then you could rightfully insist on being listed by your stage name. ;)

I am not sure what SecurityHive's objective is with this but how an Axis business development guy 'beat' the CEO of Avigilon in an influence contest is beyond me.

Yet another reason why these stunts are silly.