Is there/ might there be a face to face meeting of the ipvm.com community at ASIS in Atlanta? I've only seen one of those but I found it worthwhile.

What did you have in mind, a meetup at the lobby bar, or a BBQ, or even a costume party?

Costume party? Great idea! Everyone go as John, like this: 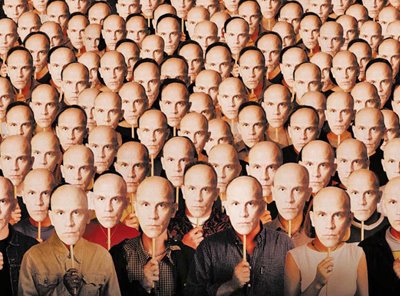 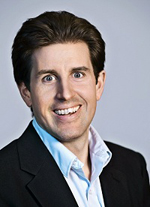 Nice! I think the studios may be calling to re-make this cult classic, and bring it into the 21st century... Just a couple of minor changes...

Being John Malcovich, see what happens when a man controls his own portal...

Being John Honovich, see what happens when a man controls his own web portal...

well for example I was part of a conversation where half the room talked trash about Avigilon and the other half of the room talked about how they didn't suck. Being able to talk to practitioners with that range of views was interesting. The thing in Philiadelphia?

I am detecting a slight pro-avigilon bias in your characterization:

Since you could have said

... half the room told fairy tales about Avigilon and the other half of the room talked about how they weren't perfect.

As for the party, how about everyone dress-up as a piece of gear? I'm calling "Smoked Dummy Dome" first!

Thanks! It was the best match I could find, considering you already took "Repeater"...

Any chance you wanna part with smoked dummy dome?

No offense A, but I'm kinda picky about that sorta stuff and prefer to just buy a new one. Besides I don't think you're sincere, since you didn't even mention the most important thing; is it M-M or F-F?

But your friends have to continually insist the you might be there next year.

I think monolithic implementations suck and you should use standards; I think barbaric 80's era marketing techniques are inappropriate in the 21st century; I think I'm seeing multiple information sources, including ipvm.com, suggesting Avigilon's solutions do in fact work; I think Redcloud's architecture is decades ahead of most of the antique designs out there today. So I have a mixed opinion of Avigilon. Not sure which way I'm leaning. If you check around you'll find I'm not at all shy about commenting on sketchy kit and I try to also reasonably document when find things that work. Don't try to label me an Avigilon fanboy any more than you should label Mr. Honovitch as one.

At the risk of sidetracking this thing into a serious conversation... :)

Rodney, I am curious that you expand on this statement:

I think Redcloud's architecture is decades ahead of most of the antique designs out there today.

What aspect of the system are you talking about?

FYI, unsubstantiated rumor has it that Avigilon is now offerring free body paint to the first 4 responding Avigilantes that will attend any such gear-themed party. Every member of this H4 group is to be 'branded' with one letter of their trademarked HDSM* acronym. The insidious plan calls for each 'letter' to show-up randomly; and when all are present, lock arms akimbo and deliver a unified message to all who will listen...

Is the "thing" in Hotlanta or Philly?

It's 6 of one, half a SQRT(Gross) of another to me, because either way its still a white-knuckler (plane ride). Is this another one of those deals where only clueless pay to get in?

Rodney, let me see what my employer says, and then and only then run it by the "boss". Maybe you could pick a time and place to shoot for?

And if you're keeping track of the gear disguise assignments, may I claim "Terminating Resistor" first, cuz two of them would foul-up the whole shebang!

is this how you were teached by who? at this end of the pond's puddle, when or if we say costumed party, we have to mean it AND we dont go to evrybidy screaming what we will dress-up to look like? what about the elevator of surprise? but i cant come because of my needles in the fire. if i did i would come as the Balkan/Serbian alliance. is it allowed for hardware gear only?

I can bring Svet with me just as the guest, ok?

*Not really coming,, I have a deal-breaking right then, and anyways I am just like a make joke, and I haven't even talked to Svet from forever on.