I have installed several facilities with analog cameras in the past along with monitors on the wall at entrances to show subjects that they are being watched as a deterrent, either using an active splitter or the through output of the monitor to feed the DVR.

I am doing another site, but they want ip cameras, which bring up the issue of how to feed analog to the monitor. Are there any dual output ip cameras with analog? I know there are some with analog test ports for aiming which I was told lose the data output when the video port is being used ( which doesn't quite make sense to me). Installing a server at each location would be ridiculous to say the least and I would like to avoiding staying with analog and encoding, although this may be my only choice.

Kenneth, there are very few IP cameras with active analog outputs today. I do not recall which ones but I do know that, as a general trend, this has been fading out. Hopefully someone here can recommend an option (though I remember that most of them - with analog outputs - were quite expensive).

You could consider a miniPC or a Raspberry Pi. Though they are significantly cheaper than decoders, they are still far more of a pain in the ass than a camera with an analog out.

"I know there are some with analog test ports for aiming which I was told lose the data output when the video port is being used ( which doesn't quite make sense to me)."

On D1 IP cameras it is easy to have an analog out, the sensor usually has some native support for this. So it's just a matter of adding a cable and that's it.

On megapixel cameras the resolution far exceeds D1 specs, so there is no easy way to make an analog out, since you have to scale and/or crop the video. In many cases this is done using processor resources from the camera. For this reason many of those units do not want the analog output to be active all the time, as it may cause resource constraints for other aspects of the camera.

FWIW, our 1080p cameras have an always-active analog out, which we added for the purposes you mentioned. I'm *guessing* though that this could be slight overkill for your application.

If it's as simple as it sounds, and your cameras have an mjpeg stream available, I'd probably pick up a cheap media center PC on NewEgg (there are some small ones that even have Vesa brackets for mounting behind a TV) and set it up with Chrome, set to auto-start, where the homepage is set to the mjpeg feed from the camera. You could even make a simple HTML page "Welcome to Foo, CCTV in use for your protection...", along with the feed from the camera. ~$300 solution.

1080p would be fine. They just got robbed at a bank inside the building so good resolution is desired. what is the brand and model? I am probably going to be using a ONSSI nvr.

Kenneth, Brian's company is VideoIQ and their 1080p is probably too big / too expensive for a basic building exit application.

"is probably too big / too expensive"

We have plenty of units mounted in scenarios like this, including lots of banks. It's about the size of a medium PTZ, and with our flush-mount ceiling kit all that is visible is the acrylic dome.

Expensive may or may not be true for his application though. Depends on what else is already in place and what else they want to use. If this is going to be a 1 or 2 camera job, it can be very cost-effective, since you wouldn't need PC's/NVR's/etc (or in this case, some kind of spot-monitor decoder). If this is meant to integrate into an already existing system with existing storage and so forth, then I'll be the first to admit there are likely much cheaper overall options for adding a camera or two.

look into ViewZ's monitors with a built-in IP camera. Not sure what compatibility issues would exist and I believe it's a 1.3MP camera so not the full resolution you were looking for.

We spoke to ViewZ about six months ago about their IP PVMs. Two major issues popped up with regard to deploying the product:

1) No ONVIF or camera driver support in VMS beyond RTSP. They company is working to address this, but for now there is only local hotspot output and no recording.

2) Cost: The price of the 32" panel and a MP camera was fairly high - I believe $5500+. One could piece together their own version using equivalent or better products and come in less costly.

Axis has a partner named VuIt that is using the MultiQ platform to produce IP camera/VMS enabled surveillance PVMs. You may dig a little there to see if they can help.

Are you after a box, cube or dome?

For VideoIQ it would be the iCVR-HD - its deeper then a normal dome but does have a HDD inside. VideoIQ does make a inceiling mount accessories but you will need some room in the ceiling space to use that.

Regarding the cost of the VIdeoIQ product - yes it is ~$2k - but that includes a VMS license (~$100 value - because VideoIQ View is included with the camera), 1+ months of storage (~$150 - builtin SLC flash cache and HDD), and a video analytics "license" for one of the best analytics available (~$400 value). Its not inexpensive but it does save you costs in other areas.

11 domes, all indoor but looking at entrances so backlight issues also.

Some of the GeoVision IP cameras have a TV Out via BNC connector (640 x 480 resolution.) According to their GV-IPCam H.264 User's Manual it is available on their Box Camera, IR Arctic Box Camera, Vandal Proof and Fixed Domes. The way it is written it appears that the output is avaiable at all times. 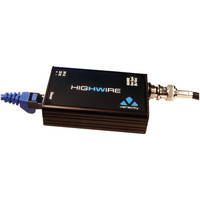 I am asuming you want BNC's?

B and H Photo Video

The OP's question was "Are there any dual output ip cameras with analog?"

If nothing else works, you could always use a separate analog camera to feed the monitor - even a cheap $20 board camera would probably suffice for that purpose. Or use a standard analog PVM-with-built-in-analog-camera and just don't feed the video anywhere. There's nothing that says the camera being recorded MUST be the SAME camera shown on the PVM.

That is true. cost wise it would be less than encoding, etc. sometimes one can't see the forest.

What about decoders? We have done this in a big resi project where we had to send various ip cameras views to the tvs and touchpanels. It was not easy but it works, please see diagram below.

Axis makes one decoder but it only works with their products:

The only decoder that I know of that is trying to be universal is the following:

Our way (2 years ago) to send Axis cameras (individual and multi camera views) to tvs in a resi project: 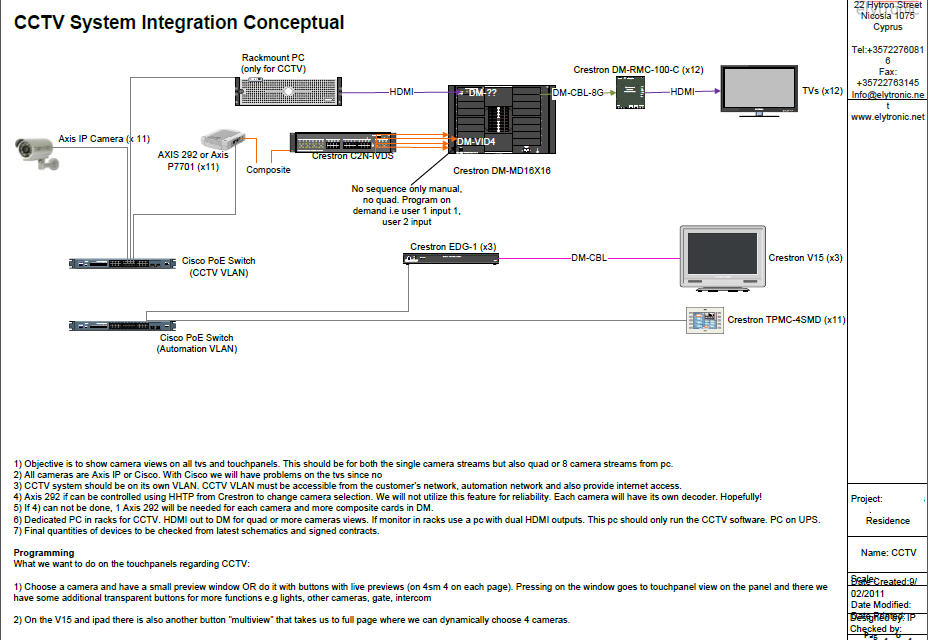 Thanks for sharing that Harris.

Our recent release Bosch NIN Series is capable of providing IP and analog video simultaneously. The flying leads connected to the camera include an RJ45 for IP and BNC connector for analog. I've attached a picture representation here. 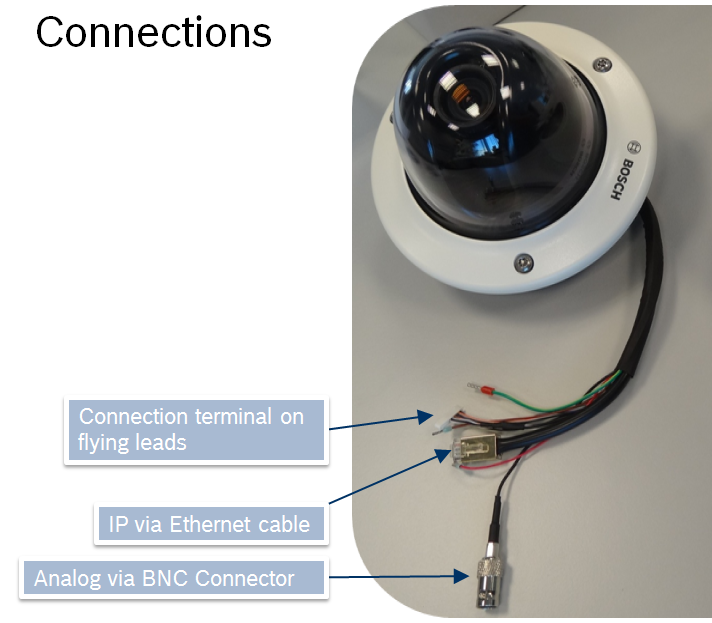 Excellentemente. Are they true 3 axis?