Has anyone come across or used any external device/sensor/switch to detect camera tampering (spraying, covering, reorienting camera, etc)? I'm after any methodology that does not use in-camera software based solution.

In this case, undisclosed is specifically asking for an external device.

Reply Edit
Delete
Create Topic
Ban post
05/22/14 11:32am
Our client complained about someone throwing stones to move camera enclosure. So once in our lifetime we by his request installed manual shock sensor. Worked good. But he still was not able to catch anyone on video until we added second cam for cross view. (Who knew pimps would put that much effort in creating safe work environment) Our research and implementation time costed him more then installing 2 additional cameras from start. No fancy vms. Basic email notification on trigger input
Reply

Yes usual dual camera solution looking at each other. It's a 40 years old solution but still relevant in most case !:-) a fancy "people who throw stones to camera" analytic application, with audio saying "eh you 've been cached !" would also solve the issue

analytic application, with audio saying "eh you 've been cached !"..

Undisclosed, the reason why you need a Tampering out of the camera is about the methods generally used (based on just "alarm if more than x% of pixels change in the image") or just because you want to be sure that if the camera is somehow not working (down, or loss of connection..) you can realize it?

In the second case, as John wrote, you could use the Tampering integrated in VMS (if you use it..). Moreover in the VMS in general there are also alerts for video loss.

In the first case instead, surely the Tampering methods used in cameras or VMS are often very simple and not working in case of images with low contrasted objects: for example fields outdoor in the middle of nothing using thermal cameras.. In this case you need something "reasoning" in a different way. A better way is to extract the contours inside the image and to concentrate on them: if you have something able to verify the continuity of the presence of these contours (of course with a clever continuous background updating) and to track them (this is very important), you can set an alert when a % of these contours has disappeared over a certain time (seconds..) or moved in the image over a certain number of pixels (more than the possible natural oscillation due to wind of course...). In this way, even if there are very few contours in the image, you can get them because you don't care about the whole image but you concentrate only on these few contours.

Disclosure - this is our product:
In all our (TechnoAware) VCA modules we integrate by default a Tampering function "reasoning" this way and a VideoLoss as well. It is possible to have it even separately, not necessarily integrated with a VCA function.

Yes Simone, contrast is the point

And in all cases, Automatic Electronic Stabilization feature isn't a fancy option when it's windy or you will get constant alarms like outdoor motion frequently does.

Good new, stabilization is coming with last IP cam generation whatever the vendor.

"any methodology that does not use in-camera software based solution"

A "tamper" causing eventually a video loss (a stone trown against a poor housing or a camera hit by a cannonball..) can be detected even by phisical devices such as switches or sensors.. But a tamper causing "just" the covering or moving of the camera I think can be detected only by analyzing the images, thus by some video analytics; in this case out-camera based. I think the 3 solutions proposed up to now have anyway sense (anyway a PC+VMS or +analytics is in general a "device"..)..), let's resume:

1) VMS' tampering on a remote pc

2) Cameras one protecting the other, following or crossing, with analytics detecting subjects around the camera (but this depends on the environment: if it is a commercial centre in the opening area perhaps that's not a good idea; if it is the outdoor of a prison in the middle of nowhere perhaps yes..)

3) Specific analytics for Tampering detection on a remote PC

Comments about these first ideas or further information from Undisclosed A?

Reply Edit
Delete
Create Topic
Ban post
05/22/14 06:10pm
So we sat down at lunch talking about our options. The spraying protection can be accompanied with light sensor. ..but won't work at night if no external light source... programming will be interesting. Gyroscope sensor for slowly intentionaly moving camera. But one idea was great...ultrasound or microwave sensor used in convertible cars for "reach in" detection. After research it's size of few quarters stacked, works with in 3~4 feet.
Reply

Thanks for all the responses guys.

Main reason to investigate avilability of a tamper detection device is to eliminate false positives as well as to meet some client requirements such as "no in-camera software tamper detection" solution, monitoring camera tamper on an access/alarm management platform but within few seconds (2-5) of happening too.

Another reason is to find out if such devices are avilable in the market for surveillance needs.

Btw, some new Axis cameras have an accelerometer built in for shock detection / tampering, e.g., Q1614. It's an expensive camera so obviously that limits use. 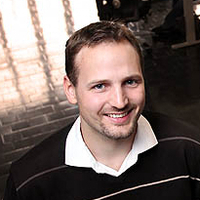 This camera has integrated two tempering sensors: accelerometer & touch sensor. I can make you introduction with the guys from the factory if needed.

link up/down on the managed switch connected to the camera.

this is why you want a SIEM watching your cameras, not (just) a PSIM