5MP Industrial-Grade Monitors - Who Offers This?

Our customer (the security boss of a bank) requested us a price quote for replacing their OLD and aging 17" (4:3 Aspect Ratio-Rackmount) LCD Monitors which have started to fail after 3+ Years of continuous 24/7 operation.

I've been trying to search online for a U.S. based reseller/distributor (that ideally could ship from Miami's port for faster delivery than from Asia, to our final customer) that carries in-stock, LCDs Monitors that meet these requirements:

2. Must support 2560x1920 (5 MegaPixels) Resolution --and therefore 16:10 Wide Screen Aspect Ratio-- for displaying the NEW 5MP FishEye IP Cameras that they are deploying in the bank, in it's full glorious resolution and color.

3. Must be Rack-Mountable. In this case (as you can see in the photos), the soldering guy adapted the same "U" rack pieces from a computer rack to the big steel structure and nailed it to the wall.

Any help in the right direction from you guys will be much appreciated. Thanks.

Thanks for the detailed explanation and picture!

I don't know much about monitor options. I did check Orion which I believe is a common CCTV monitor manufacturer and their products top out at 1080p.

I think the 5MP requirement is the tough one. I don't want to hijack this :) but I don't think the increase from 1080p to 5MP is going to make a real practice different for viewing a 5MP fisheye camera. Related: Testing 4K Monitors for Surveillance

I'm sad to say you're probably not going to find this. Most monitors above 1080p start at at least 24", usually closer to 27". Object size on screen is so small at these sizes that the extra resolution really won't do much for you. You'll just be squinting to make it out.

I'd recommend using 1080p monitors. You can get them from Marshall. Considering the fisheye cameras need to be dewarped to be in any way useful, 1080p seems like more than enough resolution. Do they just want to look at a warped fisheye 24/7?

If you do find a monitor small enough to work but it's not rack mount, you could also get a VESA rack mount like these from Middle Atlantic.

I think you may find what you are looking for at Orion. These guys make a real high quality monitor they call "Surveillance Grade". These are first class boxes (with of course a first class price). Couple of things i like about them: They restore to normal after power loss; much more robust, made from metal components; rated at a TRUE 50K hrs (your consumer grades will make this claim, but they assume a 10 hour daily on time); thinner bezels; inner plane swtiching; pixal shifting (eliminates image burn-in); non-relective glass ("Grade A"); and more set up options.

I put one of these things into and EOC, along with two consumer grade versions and the picture difference was really apparent. Of course at $3-4K a pop, the better be.

I have also used Marshal before. You may want to search "Broadcast Grade 1 monitors" or "studio monitors" . Again pricy, but you will probably find what you are looking for.

Let us know what you find out.

ViewZ monitors are basically the same as Orion.

And I agree, forget higher than 1080p resolution in a monitor smaller than maybe 40" (and even that requires very close viewing to see increased resolution).

Here's an experiment most people should be able to do at home that will prove my point: look at a high-quality image, say a "live" sports game on a (not huge) TV on ABC or Fox, then look at a sports game on NBC or CBS. Which has higher resolution? Can you even tell? Try the experiment with your eyes at different distances from the screen. Still hard to tell?

ABC and Fox broadcast in 720p while NBC and CBS broadcast in 1080i. Yes, you may see a bit of interlacing effects on NBC and CBS due to their interlaced images but I seriously defy you to tell any improvement in resolution. And remember, network TV is shot, recorded and broadcast using professional-grade equipment with far better video capabilities than most CCTV.

5MP cameras are unlikely to look any better on super-resolution monitors than on standard monitors unless:

They have the resolution, they are made out of aluminum, the back stand detaches easily, leaving a just a slab of solid monitor (external power supply). I have 2 of them still working after six years... They measure 27" x 21", so I don't know if you can get them in the rack somehow, (portrait?), but apparently you can still get them in the link above...

No worries, of course the branding is easily buffed-out from the precision milled and fully anodized aluminum uni-bezel before installation to prevent being charged with "attempted rack-installation of consumer-grade equipment with intent to deploy".

Now please Carl do not make me defend Apple any more, as I feel the same as you do about them, I just think these are decent monitors from experience. And if it helps,I've only ever used them on PCs.

Did I miss a posted solution that met more of the requirements?

Lighten up, Rukmini. I was half jesting (but only half).

Again, I go back to my original claim: unless the user is viewing the cameras on a very large screen or from a very close distance, monitors with a higher resolution than 1080 would be a waste.

Also, why would you recommend a discontinued product? Orion and ViewZ sell rack-mountable monitors up to 23" diagonal. With that size limitation, 1080p would provide more resolution than the human eye could discern.

If money and size were not limiting factors, then the OP could provide 4k TVs from the likes of Samsung, Sony or LG, keeping in mind that TV manufacturers only build large-screen 4k TVs. The smallest one on the market appears to be the LG 49UB8500 at 48-1/2" diagonal. Obviously, that would not fit in a rack. 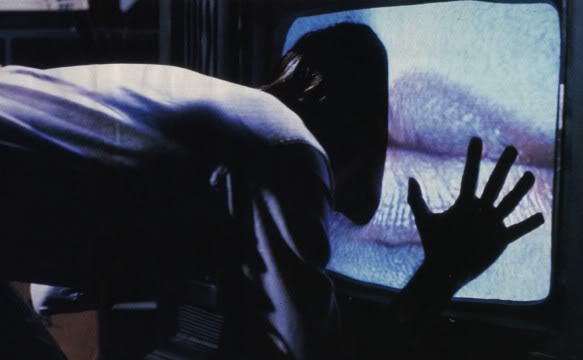 Actually I have that Seiki monitor, usually use in portrait orientation for looking at stupidly long java classes, and I sit about 10 inches away at 4k 30fps. Its pretty awesome; you are right though I need to be less than 16 inches away to see any difference in 1080p.

As for the bad Apples, I didn't say anything at first because I figured somebody had something like the OP wanted. But instead what he got was 4 people telling him that he doesn't need 5MP monitors and won't even see the difference. Well meaning and good advice perhaps, but OP hadn't responded to it yet and so I thought to throw the Cinema Display out there in case he was reluctant to go 1080p and firm about the 5MP thing.

Why might he be reluctant to go to 1080p? One reason is that the new system has basically been sold as a 5mp to 5mp, 1 camera to 1 monitor, pixel for pixel solution. In support of their new 5mp cameras, which he may have supplied or not, and so if he is not making the kool-aid, he's at least drinking it, and therefore would just like to keep to that simple story, if possible.

And who knows the bank manager, when he gets a bad vibe about what he sees on his wall, may even rise from his desk and walk right in front of those 'glorious' full res displays, and be delighted. And that is ok with me...

Does no one use rack mount monitor brackets?

Look, I've got more important things to do than read things before I respond to them, okay?

"Accommodates monitors up to 17" wide."

I see no way around that decision.